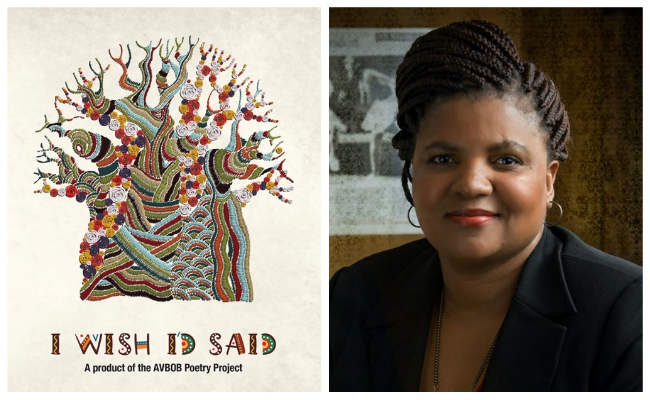 Naomi Meyer talks to Mantoa Motinyane, one of the editors of the multilingual poetry compilation I wish I'd said.

Another year, another Mandela Day. Yet so little is done for all the different languages in this country. But sometimes there are exceptions to the rule. Please tell me about I wish I'd said, the collection of poetry?

Multilingualism and multiculturalism are a reality for many countries around the world, yet remain a challenge when one thinks about national unity. This has been the case in South Africa as well, where in theory multilingualism is alive. African languages continue to thrive, albeit in restricted spaces such as the home, religious and cultural practices, music and school subjects. Although the declaration of nine additional official languages was one of the ways of elevating the status of the indigenous South African languages, the progress has been very slow. Avbob, as part of its centenary celebrations, wanted to bring together poets representing the 11 official languages of South Africa, including N|uu, a non-Bantu click language, to create a book that creates comfort, under the themes of birth, love, death and hope.

How hard or how easy was it for you to find editors and poets in all the different languages for this compilation?

It was not hard finding poets, given that poetry has its roots in oral traditions. What was difficult was finding poets who are able to transfer their skills on to paper. The second challenge was that, traditionally, poems can be recited, improvised and recycled to meet the circumstances. This was indeed a challenge, because copyright and plagiarism are a challenge to this tradition. This meant that the pool for the anthology had to be limited to the written form of poetry.

What discoveries did you make about the poets, the speakers of the different languages, and their perceptions of death, love, birth, etc?

What was striking about the different poets was that each one had, at some point in their life, experienced some form of grief, love, birth and hope. These themes came through in all the languages. I also found the theme where mothers and women are celebrated or mourned very popular. HIV and its association with death and suffering also came through strongly. There were also instances of instilling hope by questioning the current state of affairs. The element of love was not as strongly represented in the same way as loss was represented. Most of the love themes were about parental love.

Which were your favourite or most touching poems in this compilation, if you could mention a few?

Many of the poems on grief were very touching; perhaps this has to do with my recent loss of a sister (2014), a mother (2010), a grandmother (1999) and a father (1998), with uncles and aunts in between. The most touching poem for me was “Sangenelwa mgobha ngendlini” by Johanna Nurse Maloba Ndlovu (Ndebele). This poem is about a family that was wiped out and reminds me of how hopeless I felt every time death struck. It somehow comforted me to know that other people’s experiences were worse than mine. The other poem that I found moving was “Isicaka” by Simphiwe Nolutshungu. This poem reminds me of the suffering that some of the people of South Africa live under but, despite this, continue to be humble and serve without expecting too much. It is a poem that reminds us not always to expect to receive. It is a poem about hope in cases of hopelessness. The third poem reflects a common life experience, that of step-parents and stepchildren. This poem is a religious one that gives hope to children with restricted access to their parents.

What is being done and what can be done about multilingualism in this country? And is it important?

As I indicated at the beginning, multilingualism is often seen as a challenge. We have seen how language is part of a human’s DNA (“The bloodline of language” by Ouma Geelmeid), which means that denying multilingualism is like denying people their basic human right. Avbob has shown that we can still find unity in diversity. By allowing poets to write and submit in their respective languages, we have created a platform that allows the languages to thrive, thereby empowering the speakers of those languages. We have also translated the poems into English, which allows speakers of different languages to share their experiences.