This story is a journey of life through the eyes of Lesedi, a young boy whose mental limitations have prevented him from accepting a tragic event in his life.

Lesedi knew he wasn’t right in the head. He heard someone say it at least once every day. “There goes Mokgadi’s son,” they would always mutter; “don’t mind him, he’s not right in the head.” Not that he understood why his head wasn’t right. Everyone said it, but no one had ever bothered to explain their reasons for thinking it. Although he was sometimes curious about it, he never asked because that would require talking – which he preferred to avoid.

Alboricah Tokologo Rathupetsane’s short story, “The faraway things”, has been shortlisted for the Commonwealth Short Story Prize. Cliffordene Norton chats to her.

Congratulations, Alboricah! What was the inspiration for “The faraway things”?

Because of my late younger cousin Natasha, I’ve always had a fascination for people with mental limitations. She couldn’t express herself like we could, and I would always wonder, “What does she think about? How does she perceive the world around her?” She was our family’s angel, and passed away in August 2019 at age 17. So, the character of Lesedi (the main character) was born out of these musings. I had the character in my head for a long time before I had any kind of story at all. The other main character, Noni, was inspired by one of my late closest friends, Siviwe Tshume.

What are the challenges you’ve experienced while writing this story?

The story was very personal to me, which made it both difficult and easy to write. But I would say the most challenging part was not getting carried away with words and making it fit within the 5 000 word limit.

What was your reaction when you heard that your story had been shortlisted for the 2020 Commonwealth Short Story Prize?

I was ecstatic and emotional. I cried and laughed. I’ve been writing for 12 years – with my close friends and family my only audience. Being shortlisted feels like I’ve finally received the unbiased validation I didn’t realise I’d been looking for.

What did you edit out of this story?

Oh, wow, so much – haha. “The faraway things” was initially going to be a novel. I’d just been struggling with a plot that would make it an interesting, engaging book from start to finish. When a friend told me about the competition, it was like an epiphany. I had never considered writing short stories until then. I realised that maybe I hadn’t been able to give this character a story because his story was short and simple – like him. I edited out many characters and scenes of things happening around the village, and just focused on him.

Have you read anything that made you think differently about fiction?

No. I’ve always thought fiction shows the unlimited potential of the human imagination. This is still the case.

What was the first book that made you want to be a writer? 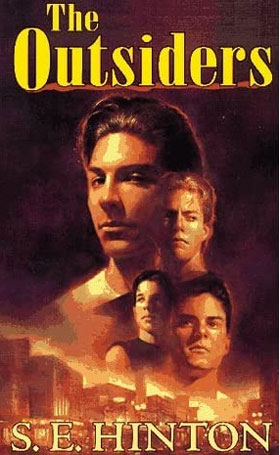 The outsiders by SE Hinton. We had to read it as part of our grade nine English curriculum. That book turned me into a bookworm overnight. After reading it, I learnt that SE Hinton had written the story while in high school. I decided then that I had to write, too, and haven’t stopped since.

What was an early experience where you learned that language has power?

I’d always thought that people who laughed or cried over books were strange. And yet, this happened to me when I read The outsiders. I was shocked and haunted by how moved I was by what was essentially nothing more than language and paper.

Having your story truly transport your reader to where you want to take them. Whenever a friend would read my story to the point of forgetting that I was there, I would feel like, “I’ve succeeded. She’s in the story now.” Success would be if this feeling were extended to many readers, instead of my traditional audience.