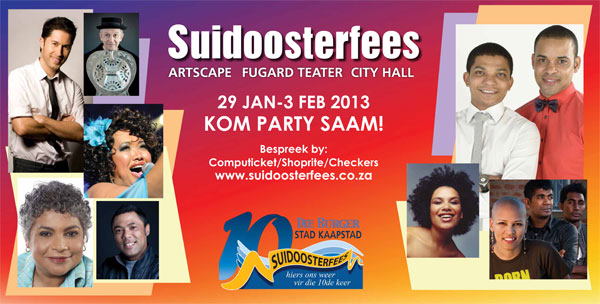 The Fugard Theatre is one of the venues of this year’s Suidoosterfees. Naomi Meyer asked Daniel Galloway, General Manager of The Fugard, about their involvement with the festival – and about a groundbreaking play taking place at the theatre this year.

Hi Daniel, thanks for taking the time to answer my questions. Could you please tell me some more about how The Fugard Theatre became involved with the festival this year?

The Fugard Theatre and Die Suidoosterfees have a relationship which dates back to the 2011 production of Athol Fugard’s Die kaptein se tier (The Captain’s Tiger, translated by Antjie Krog), which was directed by Janice Honeyman. It was the start of what will hopefully be a long friendship and partnership. This year the theatre will play host to not only Die laaste karretjiegraf in the Studio Theatre, but also to seven other productions all running in the Main Theatre. Through the generous support of Koos Bekker and Naspers Die laaste karretjiegraf will enjoy a five-week playing platform. We are already in talks about the 2014 festival and there are some exciting projects on the horizon.

And was it a coincidence that Fugard wrote a play for the Fugard?

We will always be honoured to stage a Fugard work at the Fugard, and hosting a world premiere of Athol’s work (as we have done with The Train Driver, The Bird Watchers and The Blue Iris) is extra special. Athol’s intention was not to write a play for the Fugard Theatre as such, but rather to write a play which would honour a promise he made to his mother many years ago, which was to write a play in Afrikaans. It seems that the stars have all aligned perfectly for this special play to find its first life at the Fugard as part of this 10th anniversary edition of Die Suidoosterfees this year. 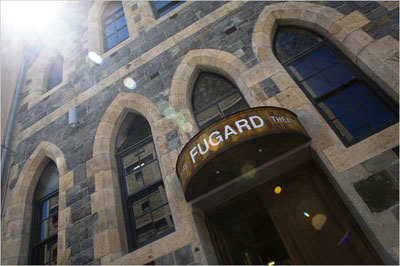 What kind of a role can the Suidoosterfees play in the complex Cape Town of today, amidst the turbulence on the farms, farm workers being unhappy, die Kaapse Klopse being unhappy about wages and the City of Cape Town, and so many people (still) complaining about their situations staying the same – years after democracy?

To be frank, I am not too sure – but I do know this: the arts tend to bring people together to share experiences and stories. The arts, among many other things, allow us to laugh and cry in a safe space. Die Suidoosterfees has such a wonderfully diverse program – there is something for everyone’s taste.

Which shows would you personally like to see at the Suidoosterfees?

I’m really looking forward to the programme running at the Fugard during the week of the festival: Bidsprinkaan, Orange Earth, David Kramer; and Sandra Prinsloo returns to us in Die Naaimasjien / The Sewing Machine. 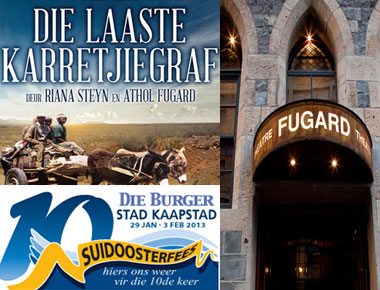 Please tell our readers more about Die laaste karretjiegraf, the play Fugard wrote for the festival. What is this about? Why now? Why for the Suidooster? And why in Afrikaans?

As I mentioned above, Die laaste karretjiegraf is the realisation of an promise Athol made to his mother many years ago – to write a play in Afrikaans. I know that Athol has been itching to write an Afrikaans play for some time – and the memory of his mother telling him a story about two so-called “karretjiemense” when he was a young boy served as the seed of inspiration for the play. Athol co-wrote the play with Riana Steyn.

From our press release:

"After many years Koot and Sarah meet on a farm in the Karoo at the grave of Koot’s mother and the Geduld children’s grandmother, Mieta Ackerman. During Koot’s years of roaming he was the informal spokesman for a team of Karretjie sheepshearers at the Brug outspan. He has just been released from prison where he served time for murdering his second wife. During his detention in the local prison, Ouma Mieta looked after his children, Pienkies, Toek-Toek and the twins, Outjie and Rokkies. Sarah is of Afrikaner descent and has in the meantime completed her dissertation in Anthropology on the subject of Karretjie children.

Although Afrikaans is both Sarah and Koot’s mother tongue they are worlds apart; they are, however, connected by shared experiences of pain, guilt, remorse, love and ultimately hope. Die laaste karretjiegraf is a story about the Karretjie People and a tribute to the heritage of the direct descendants of South Africa’s first inhabitants. This is a way of life which, for various reasons, has come to an end and has, in more ways than one, been laid to rest with Ouma Mieta in her grave." 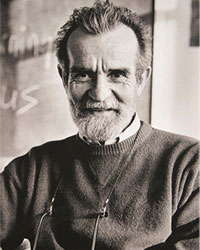