Like a good beverage, a good book holds promise from the first sip. This extract is used with the permission of Tafelberg publishers. 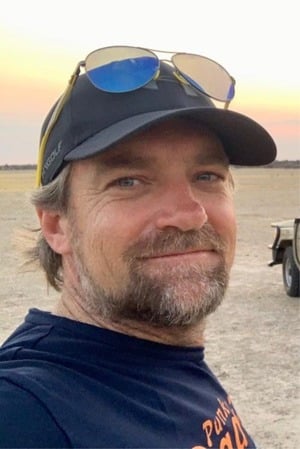 Adam Cruise is an investigative environmental journalist, travel writer and academic. He has contributed to number of international publications including National Geographic and The Guardian, covering diverse topics from the plight of elephants, rhinos and lions in Africa to coral-reef rejuvenation in Indonesia. His books include King Solomon and the Showman, Louis Botha’s War and In the Pursuit of Solitude. Cruise is a doctor of philosophy, specialising in animal and environmental ethics, and is the editor of the online Journal of African Elephants. 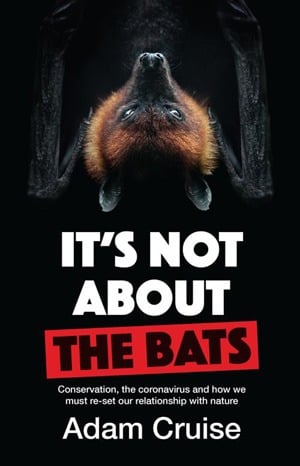 It’s not about the bats, it’s about you and me. The Covid-19 pandemic put the spotlight on how human expansion has led to an increase in zoonotic viruses jumping species, and calls on us to re-set our relationship with nature. In his trademark accessible and anecdotal style, Cruise explores the ethical and practical issues – and solutions – to the greatest problem facing earth.

In South Africa, endangered and rare live reptiles, like snakes, lizards and tortoises, are shipped in significant quantities on a regular basis to the European Union for the pet trade223 – far more regularly and in much greater numbers than elephants. Yet nobody knows this, let alone bats an eyelid if they do. Similarly, sport fishermen haul out all kinds of fish along the South African coastline, often subjecting fish on the line to hours of torture, yet none of them get the negative attention trophy hunters do. If Cecil was a lizard or a fish, few would have given a damn.

Moral consideration, conceived of in this way, is anthropocentric in that it is governed entirely by human sentiment at the apex of the moral echelon. Humans in this framework enjoy the highest form of moral consideration, since we think we have the greatest capacity for suffering while the rest of animal life is ranked below humans and towards ever decreasing levels of moral value. This is determined entirely by the perceived degree of sentience, dictated solely by humans at the top. Charismatic megafauna, or "higher-order" mammals – like elephants, lions, whales, chimpanzees, tigers, dolphins and panda bears – are awarded more ethical consideration than "lower-order" sharks, rats, snakes, spiders and bats because we recognise the suffering in the former but not the latter. It is little wonder that the World Wildlife Fund has a panda as its logo. The organisation wouldn’t generate much human empathy, let alone funding, if it had a mosquito or snake as its logo. These reasons remain heavily anthropocentric, since panda bears are closer to our own sense of sentience than mosquitoes and snakes.

Contemporary American philosopher, Thomas Nagel, asked an interesting question once: "Do we know what it is like to be a bat?" Nagel thinks it is not possible. To be a bat, argues Nagel, one needs the mind of a bat, but since humans are not bats it is impossible to know what being one is like. Therefore, we cannot truly sympathise with bats, because we have no way of knowing what they feel.

Most people would concur, even more so if we bring up the subject of fish – which, unlike bats, are not mammals with highly evolved sensory apparatus. Who would ever be able to place themselves in the minds of fish? It is impossible. Fish are too "other" for humans to "know". And mosquitoes …? We can understand the minds of dogs, cats, elephants and lions better – at least to a point, because we can identify with them more closely. They have similar and familiar sensory attributes. We recognise when our pets are happy or sad, we understand the happy expression of an elephant wallowing in a muddy waterhole or a tired lion yawning under the shade of a tree at midday. But the mannerisms of bats, fish and mosquitoes, no.

The main reason for the level of sentience afforded mammals like dogs, cats, lions and elephants is in their faces. We can see by their expressions something we recognise in our own faces, their feelings and desires. Snakes and fish don’t have these (human) recognisable traits in their faces. ‘Do they even have faces?’ as another philosopherxi once asked of snakes. Thus, snakes and fish not treated with the same level of consideration as elephants and lions.

Sympathy for other animals, then, is measured by the relation to the human sympathiser, who remains at the epicentre of the ethical question. The question of the level of sentience in bats and fish, which are a long way off the human centre, is wide open to conjecture. Since bats don’t have recognisable faces, humans can only imagine in a vague way what it is like to be a bat, and we have no scientific proof, and until science discovers a way to get into the mind of a bat, or a chameleon, or a frog, we cannot say for sure whether these animals suffer, with the expressly attached rider: "like we do".

This is perhaps the biggest pitfall of all with the animal rights movement. The capability to suffer, and the degree of recognisable humanlike suffering, now becomes the means to construct another version of the anthropocentric hierarchy. Another American thinker, Thomas H Birch, states that the problem with this line of enquiry is that it is forever seeking to draw the line between those "inside" and those "outside" the scope of moral concern. Therefore, non-members, those whose suffering cannot be considered by humans, suffer the atrocities meted out by those within the "Club of Consideranda". It just so happens that, because of our anthropomorphic view of sentience and physicality, the vast majority of animal life finds itself forever entrapped outside of the club.

Suidoosterfees 2021: An interview with Adam Cruise