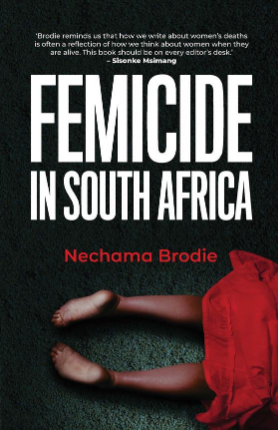 South Africa has one of the highest murder rates in the world and a femicide rate that is more than five times the world average.

In this book, Nechama Brodie looks at the story of femicide in South Africa over the past 40 years. She interrogates police, as well as public health and media data, exploring the history of violence against women in an entirely new way that contextualises and challenges the state’s and the public’s response to what has, in reality, been a crisis for decades.

“Brodie reminds us that how we write about women’s deaths is often a reflection of how we think about women when they are alive. This book should be on every editor’s desk.” ~ Sisonke Msimang

Violence against women comprises a wide range of acts – from verbal harassment and emotional abuse to daily physical or sexual abuse. At the far end of the spectrum is femicide: the intentional murder of women because they are women – World Health Organization. Cliffordene Norton talks to Nechama Brodie, author of Femicide in South Africa.

Why does the book focus on a 40-year period?

I wanted to take a multidecade approach to examine long-term effects. The South African media archives I use go back only as far as the late 1970s. This is also an interesting period because of the post-1976 political impact. 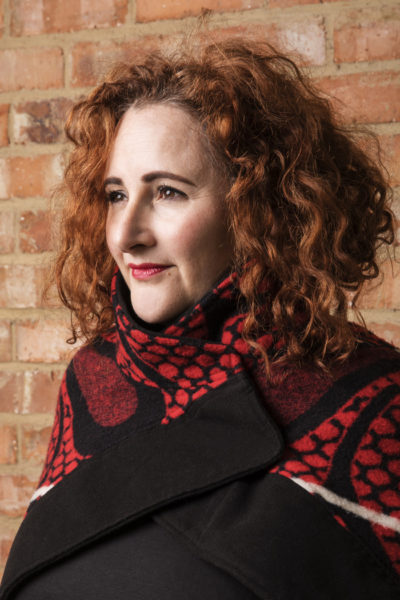 What are the contributing factors to femicide in South Africa?

The primary factor is an exceptionally high rate of interpersonal violence overall. And this has been the condition for many years, although it has not always been acknowledged.

In addition, South Africa has very high rates of violence against women – this comes from a society that is inherently patriarchal and misogynistic (this is across all races and cultures, and was literally entrenched in our legal system for not just decades, but centuries).

Having said this, there is also something terrifyingly unique about South Africa’s levels of violence – why are they so grotesquely high, and why are the levels of violence so extreme? We don’t actually have a good answer for exactly why South Africa’s history has conspired to produce such a terrible set of circumstances, and why we are so much worse than other countries with comparable levels of poverty, historical violence, patriarchy, etc. This is something violence researchers struggle with.

According to Sisonke Msimang’s quote (above), Femicide in South Africa focuses on the women’s story. Did you focus on prominent cases or the more mundane stories?

By its nature, news media creates “prominent” cases and overlooks the mundane ones. I don’t know about all the cases that the media hasn’t reported on over all of these years – how would I (unless I tried to go through police archives or court archives – and even then, the latter would show me only the cases that managed to reach the court process)? It’s important for us to understand that what the media covers is not an accurate or representative reflection of the reality of femicide in South Africa. To help the reader understand this, I include research data from a number of autopsy-based and similar studies into femicide and homicide. But, in that data, I don’t have information about individual cases. So, I can tell the percentage of women who are killed through strangulation, but I don’t know who they are. This is why the media stories, even though they are not representative of each individual victim or of all cases, still give important insight.

What was the hardest story for you to write in this book? Why?

I have been working with femicide data for the last eight years, so it’s unfortunately something with which I am familiar. It never gets easier, but you learn better ways to tamp down how these reports make you feel. I found the chapter on witch killings particularly horrific, as it is something that I knew about but about which I had not really conceived the extent of the horror, particularly in the early to mid-1980s. This is not part of our distant history; it’s fairly recent. I can’t believe that this period of history has almost been forgotten.

“Femicide is the product of a culture of violence, not just a product of misogyny.”

What kind of research did you do, and how long did you spend researching before beginning this book?

I completed my PhD in 2019, which involved somewhere between six and seven years of in-depth research into femicide and into media coverage of femicide. So, I think the short answer is “a long time”!

Does your research provide a breakdown of the motives behind the murder of women?

Motive is something that is ambiguous, even when it seems clear. The majority of women are killed by a current, former or rejected intimate partner. Often (based on media reports), men kill their female partners when the women leave or threaten to leave, ie the men are unable to accept the (potential) ending of a relationship. This extends to jealousy (when the partner gets a new boyfriend) or punitive jealousy (punishing the woman and her new partner – or the woman and her children – for leaving and starting a new life). But even this tends to simplify a complex and brutal system which has allowed men to treat women literally as property for many centuries. Even non-intimate killings – where the perpetrator does not know the victim – embody aspects of this same patriarchy, where women are dehumanised and considered as property, rather than as a person with rights.

Some organisations define femicide as “a woman killed by a man because she is a woman”, but I argue that it is impossible to separate the impact of patriarchal and misogynistic societies from “motive”, and so I consider all killings of adult females to be “femicides” (I don’t include the killings of female children or infants in this category, because those killings have a different epidemiological profile to killings of older women).

How important are men’s contributions towards ending femicide?

The majority of murders are committed by men. The vast majority of murder victims in South Africa are also adult males, which is something important to acknowledge. Therefore, men form the majority of perpetrators and victims of all homicides. So, we need to understand that we have a femicide problem within a much bigger homicide problem. (The patterns of homicide and femicide are quite distinct, so it is important to study femicide separately – but also to understand that it is absolutely part of a much bigger violence problem).

Femicide is the product of a culture of violence, not just a product of misogyny.

We need to change an entire society where violence is seen as a reasonable means to an end, or a means to achieve an end quickly. In addition, we need to change how men and women are perceived in society – and expand this discussion to integrate discussions around LGBTIQ people, rather than defining violence as happening on a binary of cisgender males and females. It’s a big discussion and will need to be fully intersectional, so that means including race, not only gender.

“We really need to see the bigger picture if we want to identify and support solutions that will work.”

How have movements like #MeToo, Time’s Up and #AmINext influenced the prevention of femicide?

No, I don’t believe they have. They may occasionally raise awareness about individual cases and about how widespread violence against women is. But I am not aware that they have prevented anything. I think that for real change to happen, we need knowledge – and then we need to make decisions based on knowledge, not on public emotion.

What are you hoping readers will take away after reading this book?

It’s important that we understand that femicide is not something that happens only when there is a big story in the news – but it is systemic, and it has been happening over a long period of time; it exists as part of a broader society that has allowed and encouraged violence to be used as a solution or as a means to an end. We really need to see the bigger picture if we want to identify and support solutions that will work. If we develop “solutions” based on what we feel, or based on the few cases we know about, and ignore the extensive research about thousands of other cases, we will not be effective in what we ask for or what we support.

In order to improve the situation, we really need a better understanding of how violence actually happens across a spectrum of contexts and situations. This book does not offer any silver lining or patch job that will fix the problem of fatal violence against women. But it does try to teach us more about the problem.