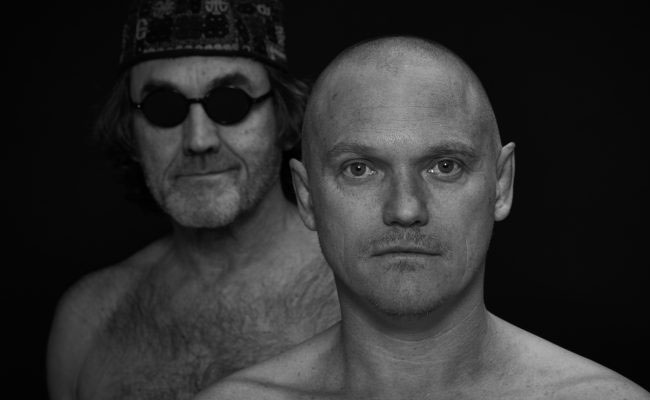 If you’re after an utterly absorbing piece of Cape Town theatre this month, Endgame is for you. Samuel Beckett’s play, however, may be entertaining, but it’s no easy ride.

The setting for the one-act play is a simple and isolated shelter in a seemingly lifeless world. Here, four characters – Hamm, the blind and wheelchair-restricted master; his servant, Clov; and Hamm’s parents, Nagg and Nell, who are restricted to two large bins – eke out a miserable, crazed existence in what they envision to be the end.

Whether by design or accident, the Golden Arrow Studio theatre’s notoriously claustrophobic interior serves to ratchet up the play’s intensity. The players are on stage when we arrive and never leave; we may be uncomfortable on what seems the edge of doom, but we’re committed and curious.

The genius of the piece is more than its timelessness. In fact, it gets more appropriate as time marches on, thanks to our ever-constricting, hyper-connected world where clamour dominates mass communication. Our obsession with an impending apocalypse is the warped mirror held up in Endgame – a whirling echo chamber without end.

At the time of the play’s writing, Beckett’s world would also have seemed something like this. Although born in Ireland in 1906, he lived as a writer through tumultuous times in Paris, where he spent most of his life. During World War II, he was part of the resistance, and his experiences, coupled with interactions with trend-setting schools of thought, would be lifelong influences in his work.

It was in post-war Paris that he penned Endgame, among others like Waiting for Godot, which were soon corralled into an avant-garde genre – the so-called “Theatre of the Absurd”. The phenomenon was first defined by fellow writer and journalist Martin Esslin in 1965 as attacking “the comfortable certainties of religious or political orthodoxy”.

“It aims to shock its audience out of complacency, to bring it face to face with the harsh facts of the human situation as these writers see it,” he wrote in Absurd drama. “But the challenge behind this message is anything but one of despair. It is a challenge to accept the human condition as it is, in all its mystery and absurdity, and to bear it with dignity, nobly, responsibly; precisely because there are no easy solutions to the mysteries of existence, because ultimately man is alone in a meaningless world. The shedding of easy solutions, of comforting illusions, may be painful, but it leaves behind it a sense of freedom and relief. And that is why, in the last resort, the Theatre of the Absurd does not provoke tears of despair but the laughter of liberation.”

It is into this world that a top-notch cast leads us at the Baxter in 2018, just over 60 years after the play premiered in London. The tortuous, whimsical Hamm is played by Andrew Buckland (The inconvenience of wings; Tobacco, and the harmful effects thereof; and Blue/orange), while Rob van Vuuren (A doll’s house; Life; and the Jive Cape Town Funny Festival) channels dark comedy through Clov. Each enduring a cramped container for the length of the show without sacrificing magnetism are Antoinette Kellerman (As die broek pas; Samsa-masjien; and macbeth.slapeloos) as Nell, and Soli Philander (Lekker jas) as Nagg.

They’re directed by Sylvaine Strike, whose most recent work has included directing Molière’s Tartuffe. Among her other productions at the Baxter over the years are The travellers; Black and blue; The miser; and Tobacco, and the harmful effects thereof.

Together, this latest crew whips up Beckett’s tale anew and makes an important and essential contribution to discourse ironically under threat of being drowned out itself.