Winners are chosen from productions performed at professional theatre venues in and around Cape Town. Theatre practitioners are recognised for their acting, directing, staging and technical abilities. This year, a total of 87 diverse productions were reviewed and were eligible for consideration.

She chats about the experience and hard work put into her career. 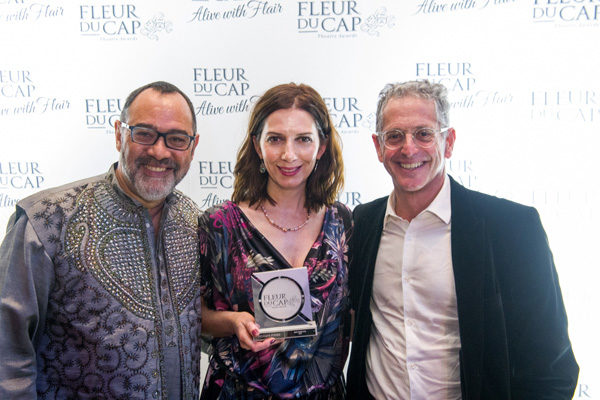 Sylvaine, you won the Fleur du Cap award for Best Director. How does it feel?

I feel very honoured. It’s been an amazing journey with the Fleur du Cap, as I am based in Johannesburg and my work moves between Johannesburg and Cape Town; so, over the years, I have always been so grateful for the recognition that the Fleurs have given me, considering that my work is not a Cape Town production. Mostly, I am hugely grateful to the Baxter Theatre for supporting my work by offering my work seasons in Cape Town. The Baxter has become my home away from home. Back in 2004, I was awarded the Fleur du Cap Best New Director for the very first directing job I had done since graduating from the École Jacques Lecoq in Paris. The piece was a devised work called Baobabs don’t grow here. Fifteen years later (after many nominations over the years for plays, including The travellers, Black and blue, The miser and Tobacco and Tartuffe), I win for Endgame, and it honestly feels like a coming of age; it’s wonderful.

Endgame also won the award for Best Production, as well as Best Actor (for Andrew Buckland’s performance). Were you surprised?

There is always an element of surprise with awards, as one never really knows what the judges favour. Theatre is a hugely subjective experience. Also, Beckett is well known as the playwright whose work is not for everyone; so, there is always a risk there. Having said this, though, it felt like an incredibly strong production of a Beckett because of the people on board, and the response we got from audiences of every age. I am not surprised that Andrew won Best Actor, no. It doesn’t take much to see that his exceptional portrayal of Hamm was on another level. By the same token, Andrew’s character, Hamm, cannot exist without Clov (Rob van Vuuren), so it’s very hard not to want Rob to have also got this award. They were both nominated for Best Actor, and are both winners in my eyes. 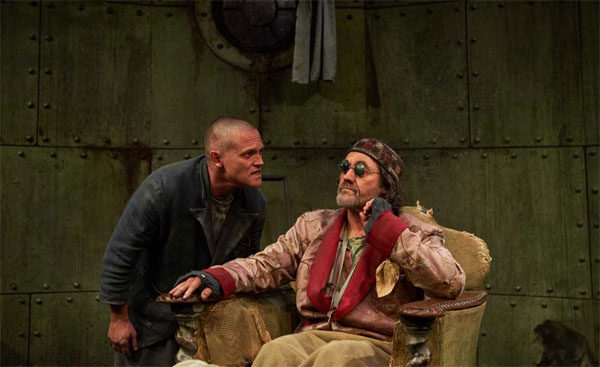 A scene from the production Endgame

How did you become involved with the directing of Endgame?

Rob van Vuuren and I had been working together on Sam Shepard’s Curse of the starving class when the opportunity to play Clov in Endgame was presented to Rob by producer Derek Lubner. Rob asked whether I would be interested in directing Endgame (who in their right mind would refuse a Beckett, no matter how daunting?!), and the rest is history! Derek partnered with the Baxter Theatre, and Rob and I proceeded with casting. This cast is a director’s dream. Working with Andrew, Rob, Antoinette and Soli – can it get better than that?

What were the challenges of directing Samuel Beckett’s Endgame?

Beckett is renowned for the particular rules that he imposes on the director, designer and actor. His text is sacred and cannot be changed or cut; the punctuation is to be utterly respected – each pause, each comma. His set is non-negotiable: a room, a door, two windows – even the costumes are very specific. Initially, as someone who devises work, I thought that I would find this stifling, but I actually revelled in the rules of the game that he has constructed. Within these perimeters exists a vast amount of freedom, because one is contained but also free. For instance, Beckett says that there is a door on the right, and I respected that, but I asked my designer, Patrick Curtis, to make it much lower than a normal door, so Clov (Rob van Vuuren) had to do a backbend to get through it. This was my way of pushing the character’s hardship even further. The windows in our version are where Beckett wants them, but I wanted them to be round, like the portholes in a lighthouse or a submarine. There are ways of making the work unique, even though this classic has been done thousands of times. 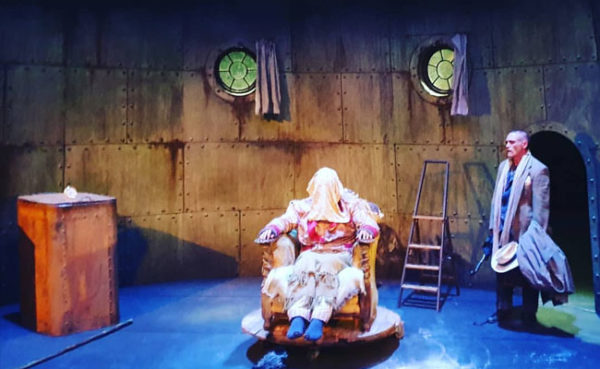 A scene from the production Endgame

What were the highlights of the experience of directing Endgame?

I wanted to create a world where the physical body tells the story as much as the text. Beckett’s texts are very physical, orchestrated clowning routines. People make the mistake of reading him as an intellectual, cerebral writer, and all the academics have a field day trying to analyse how profound his work is. Of course it’s profound, but that doesn’t mean that it’s “static, boring, depressing, repetitive and circular”, as many people seem to interpret it – but it is the opposite: Beckett’s Endgame is a finely tuned piece of physical music; it’s insanely funny, too, and rhythm and timing are everything. Clarity is paramount. So, it was an utterly joyful experience directing Endgame, and a massive challenge – without a doubt, the hardest piece I have ever directed.

Having actors who have a sublime technique and inherent physical intuition made the entire process a highlight. The four of them stopped at nothing; they never stopped working, and they would embrace suggestions and run further than one could have imagined – with any idea I would pitch to them. We trusted each other. It was a spiritual journey and, certainly, one of the greatest highlights of my career as a director, so far. Having Lara Foot to chat to before, during and after rehearsals was invaluable to me. We would debate about Clov’s energy levels and Hamm’s darkness for hours. It is so rare for us as directors to have one another as support through a process; directors usually have to hold the fort entirely alone, but having this time with Lara was one of the highlights of experiencing my first Beckett – what a joy.

Sylvaine Strike has directed numerous award winning productions including: Black and Blue; The Travellers; Coupé; The Butcher Brothers; The Table; The Miser; Tobacco; CARGO: Precious; Agreed; Miss Dietrich Regrets; Travels Around My Room; Dop; Tartuffe by Molière; Curse of the Starving Class by Sam Shepard, and most recently the acclaimed Endgame by Samuel Beckett for the Baxter Theatre in 2018.

Endgame at the Baxter: theatre review