Since the inception of democracy in South Africa in 1994 the country has experienced significant political and social transformation aimed at ensuring a fair and equal society for all its citizens. This was achieved by the implementation of new policy frameworks and legislation, creating a new regulatory environment that called, inter alia, for specific changes in the public higher education system to be representative of South African demographics. Before 1994 the country’s higher education landscape was shaped by apartheid ideologies, which promoted an education system divided along racial and ethnic lines. Therefore, the increase in opportunities created for previously disadvantaged students also to access higher education remains one of the most remarkable changes introduced in South African higher education post 1994. The segregated pre-1994 education dispensation in effect resulted in the exclusion of black and coloured students from South African higher education, as the basic education system failed to prepare them adequately for further studies. In addition, all public higher education institutions under the previous dispensation were designated for a particular race. Students of a race different from that designated had to obtain special permits from that particular institution’s administering government department in order to be admitted. This in turn automatically required differentiation in terms of governance and funding arrangements. The National Education Policy Investigation (NEPI) between 1990 and 1993 resulted in discussions between the National Education Crisis Committee and the then governing National Party. The main purpose of NEPI was to explore policy options in all areas of education within a framework derived from the ideals of the broader democratic movement. This sparked the transformation debate as various policies affecting almost all levels and aspects of higher education were proposed. In 1996 the National Commission on Higher Education responded and identified some fundamental principles to guide and direct the process of transformation in higher education. These principles included equity and redress, diversity, quality, institutional autonomy and public accountability. The principle of equity and redress had the biggest impact on historically “white” universities, which had served the needs of a homogeneous group of students and staff cohorts only, and required them to broaden access in order to include other race groups, as well as to increase enrolment of previously disadvantaged students. Numerous documents and policies have been developed since then to address these issues and as this contribution will illustrate, all these changes have helped create broader access to higher education by addressing the injustices of the past and preparing the way for previously disadvantaged students also to enter higher education.

For a proper understanding of the concept of broadening access in higher education and the impact such programmes have on student success, it is important also to consider education from a legal perspective. Education is a second-generation human right. Second-generation rights are fundamentally socio-economic rights, and often relate to equality. Government is duty bound to respect, promote and fulfil them, although this depends on the availability of resources. However, judging by the way in which the Constitution is being interpreted, the gap between first-generation and second-generation human rights is shrinking and the interdependence between all rights in the Bill of Rights is being increasingly emphasised. Therefore, the concept of broadening access in higher education cannot be studied in isolation from transformative constitutionalism. What gives the Constitution its transformative value is the way in which it provides redress for the wrongs of the past, while also looking forward by creating a just society based on social justice, democratic values and fundamental human rights. From the perspective of transformative constitutionalism, therefore, the importance of ensuring broader access to higher education cannot be overemphasised. Broader access to higher education is achieved by providing alternative routes for admission to further and higher studies.

With particular reference to the discipline of law, this contribution will indicate that an extended degree programme can indeed be used as a tool to broaden access to, and thus develop, higher education in South Africa. Support for this is found in the findings of a study on the extended LLB (Law) programme at the University of the Free State (UFS), South Africa, which clearly show that the extended law programme does provide students with broader access to the higher education arena. From the various available options to create broader access, the UFS Faculty of Law opted for the introduction of the extended LLB programme in 2005. Due to the rigorous admission requirements of the mainstream LLB programme, combined with specific numeracy and literacy requirements, many students were struggling to gain access to this LLB programme, and alternative routes for admission to professional law studies had to be explored. The extended programme aims to provide increased access to LLB studies by means of a lower admission point (AP) score, combined with extended studies, including foundational modules, thereby achieving redress for the wrongs of the past. The foundational modules are presented mainly in the first year of study, but students also have one foundational module in their second year. The foundational modules included in their first year of study are: a language proficiency module in his/her preferred language of instruction; computer literacy; mathematical literacy; and a module named “Skills and competencies for lifelong learning” which includes content like study methods. Both the language proficiency module and the mathematical literacy module are designed specifically for the law students and include law contexts and reading material. In their second year of study the only foundational module that they have relates to legal skills. In this module the focus is mainly on legal writing skills (academic and argumentative essays) and verbal skills that are developed through class discussions.

Among the various methods provided for by government to increase access to higher education, the extended programme serves as a particularly powerful tool, and this is something to which the UFS Faculty of Law can attest.

This contribution indicates that there are increasing enrolments in the extended LLB programme and that the demographic composition of the student population indeed supports the objective of broadened access. It also reveals that the extended programme did change the overall profile of LLB students at the UFS. Enrolments decreased in the mainstream LLB programme but increased in the extended LLB programme. In addition, the increased enrolments were accompanied by a shift towards a more racially diverse student population. Although a detailed discussion of the impact and success of the programme falls outside the ambit of this contribution, it is important for a future investigation also to note the success rates in individual modules, the effect of the additional capacity invested in students through the extended programme as well as graduation rates to establish the overall success of an extended programme, since this will not be discussed in this contribution. The mere fact that the extended programme manages to increase the number of students who enter higher education should not be viewed in isolation. It would be ineffective for such a programme only to increase the size of the student intake without also producing a sufficient number of graduates. Put differently, equity of access must be accompanied by equity of outcomes. It is therefore imperative that an investigation be conducted into the overall effect of an extended programme on student success to determine its actual impact. An extended programme will certainly not serve the true purpose of broadening access if we produce more students but fewer graduates.

To promote equity of access and outcomes and to redress past inequalities through ensuring that student and staff profiles reflect the demographic composition of South African society.

The widening of higher education (HE) access is an equity-driven concern and relates to the strategies and procedures that an institution undertakes to make its educational services accessible to a diversity of students.

The post-apartheid society failed to transform the education system in accordance with the constitutional dictates of social justice … [T]he South African education system still manifests deep, systematic inequalities based largely on class and race. This disadvantage can be argued to be a reason why certain students underperform at school level and are not obtaining high enough marks to gain access to higher education institutions.

Although the position of black children in the post-apartheid period has improved somewhat, the pattern of disadvantage engraved onto our education system by apartheid has not been erased … [A]lthough the law no longer compels racially separated institutions, social realities by and large still do.

The offering of modules, courses or other curricular elements that are intended to equip underprepared students with academic foundations that will enable them to successfully complete a university qualification that has been approved by the Minister of Higher Education and Training. Foundation provision also focuses particularly on basic concepts, content and learning approaches that foster advanced learning. Even where the subject matter is introductory in nature, foundation provision must make academic demands on the students. 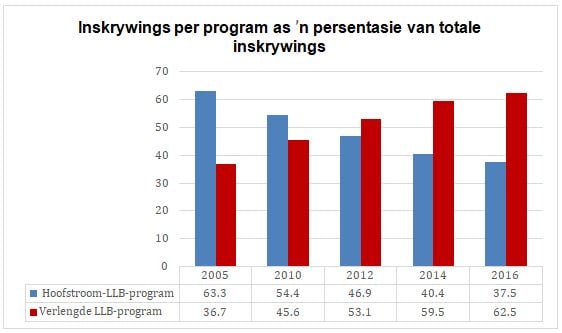 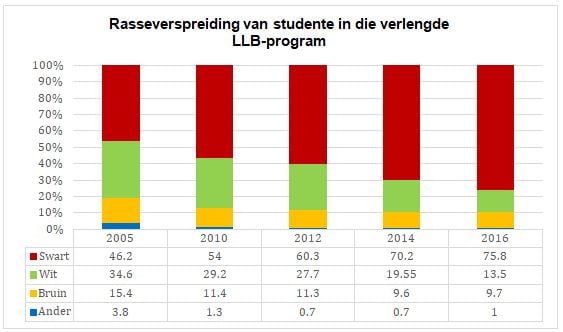 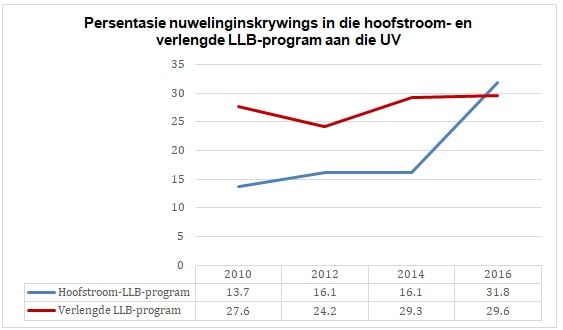 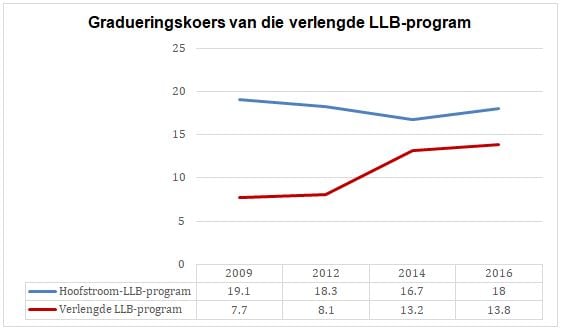 Boughey, C. 2013. What are we thinking of? A critical overview of approaches to developing academic literacy in South African Higher Education. Journal for Language Teaching, 47(2):25–41.

Ministry of Education. 2002. The transformation and reconstruction of higher education. http://www.gov.za/sites/www.gov.za/files/he_transform_0.pdf (6 Augustus 2014 geraadpleeg).