The researcher examined the guidelines for listening and speaking, as prescribed by the National Curriculum and Assessment Policy Statement (DBE 2011) for Home Language Grade R to 12 for South African learners. It was concluded that there is a gap regarding storytelling in the curriculum that needs to be bridged. The purpose of this article is to determine what role partnerships can play in strengthening storytelling as a skill and a teaching strategy in a community.

Bronfenbrenner’s bio-ecological model is a useful tool to gain more clarity on how the individual is influenced by the interaction between the meso-, eco- and macro-systems of the individual’s social and cultural context. These levels function as a permeable membrane, and therefore the role players in this context influence one another. Mutual influence not only plays a role in the education and teaching of the individual but also affects the education and teaching of the community. This influence represents the sum total of the views and ideas formed in the social networks of all role players in a specific environment (community). Bronfenbrenner’s (1975) model shows that the different systems within which human interaction takes place (see Figure 1) are interdependent. It is therefore important to take into account the whole ecological system in which the growth and development of the individual take place. The changes in one system (the individual as storyteller) will inevitably have an impact on the next system (the community and the school as storytellers). In other words, if there is a change in individuals and their ability to tell stories with a view to educate and teach, this changed storytelling skill will affect not only the immediate community (school, family and friends) but also the wider community (industry, local politics and social services) (Hohashi and Honda 2011:354–5).

The development of a partnership is a process, not a single event (Epstein 2010:92). Communities that function optimally serve as resources and provide emotional support because members of the community have access to other members with similar problems and concerns as well as victories and joys. Storytelling also encourages interaction between families and thus creates partnerships. Parental involvement plays an important role in the success of a child’s school career (Durisic and Bunijevac 2017:144). It was therefore also necessary in this study to determine whether storytelling could be used to supplement the lack of mentorship that is sometimes a result of poor parenting.

Storytelling as a democratic, inclusive partnership activity can provide opportunities and a safe space for a wide variety of role players, all with their own experiences and emotions. It is especially these special characteristics of storytelling that make it suitable as a strategy, because storytelling creates space for all the participants in the partnership. Loseke (2001:109; 2007:664) has found that it is precisely the similarities in people’s stories that listeners can identify with and thus carry authority, while Hinyard and Keuter (2007:779) have found that people who are exposed to stories are more likely to change their behaviour as a control group. Stories are contagious; when stories are told, the members of the audience like to respond by telling a story themselves. In other words, stories have a positive effect on people’s behaviour. The art therefore lies in the individual learning how to tell his or her story properly. Trinch and Blerk-Seligson (2002:385–86) emphasise that when the storyteller focuses on behavioural patterns rather than specific events in his or her own story, the storyteller gets a clearer perspective on his or her own situation. Polletta, Chen, Gardner and Motes (2011:122) also found that ambiguity in stories makes storytelling effective in bringing about reconciliation between parties.

McAdams’s (2001:101) biographical life story approach focuses on how individuals construct their identity through the process of telling their life stories. The basic premise of McAdams’s life story model of identity is that identity itself is a life story that is always evolving. McAdams (2006:26) observes that individuals who are part of a society organise their lives based on life stories of the self during young adulthood. In other words, individuals at a young age reconstruct their past and anticipate their future according to internalised life stories. If a listener hears a story repeatedly, he or she is repeatedly confronted with his or her own conceptual perspectives and the story may lead to the listener’s perspective of events changing and his or her experience being clarified. Therefore, storytelling also enables participants to build a shared understanding of their situation and what can be done about it.

Although it is only in the early adult stage that individuals develop the ability to construct life stories, exposure to storytelling is a good preparation for them to deal comfortably with telling life stories. When storytelling is then taught in the community, it should not be a strange concept for individuals when they are confronted with it in the classroom. In this way, storytelling should facilitate the task of the teacher in the classroom. In other words, storytelling must be established as a culture in the community so that it can be an asset to all the role players in the partnership between the three most important spheres of influence – family, school and community. Consequently, storytelling becomes an important teaching strategy because children are taught through stories in all spheres of influence.

Within the partnership – modelled by the action set – it has been found that storytelling is a medium through which knowledge can be created and negotiated in a social context (cf. Frederickson and Cline 2002:212). Storytelling as a strategy cannot exist in isolation but must form part of a strategic plan (cf. Els 2008:236; Van der Vyver 2011:229) and, in this case, the community’s plan to find possible causes of and solutions to their social problems. As in the partnership modelled by the action set, it has been found that when storytelling is used and supported as a strategy, the strategy guarantees the establishment of a storytelling culture. Among other things, the participants felt that the storytelling activities were interesting and that they could learn in a playful way. They believed that these activities needed to be established as a hobby and that it could help community members of all ages to engage positively through shared interests. Most of the individuals in this community of enquiry have grown up in dysfunctional families or are still part of a dysfunctional family. Not only did storytelling interrupt a random process of dysfunctional family formation in this low-income community, but it also served as a teaching strategy to bring about a focus shift away from the culture of poverty.

Storytelling must be carried out in such a way that it can achieve a specific purpose, namely to fill the gap left by the school curriculum and strategic role players. To this end, the family, the community and the school act in partnership because the education and teaching of an individual require the cooperation and involvement of teachers, parents and the community. If a storytelling culture is then created in the community as an expansion of the school and the parental home, it contributes to the strengthening of the school and the parental home in their educational task. 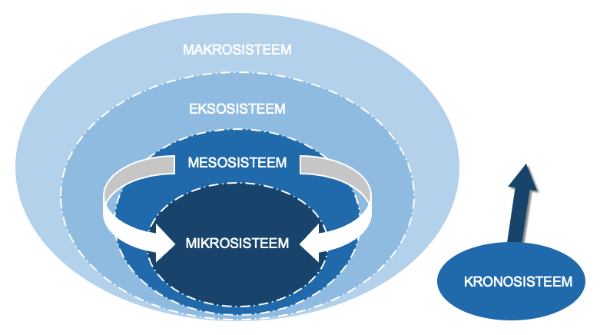 Think about the word destroy. Do you know what it is? De-story. Destroy. Destory. You see. And restore. That’s re-story. Do you know that only two things have been proven to help survivors of 9/11? Massage is one. Telling their story is another. Being touched and touching. Telling your story is touching. It sets you free.

Berger, R. 2005. An ecological community-based approach for dealing with traumatic stress: A case of terror attack on a kibbutz. Journal of Aggression, Maltreatment & Trauma, 10(1–2):513–26.

Flyvbjerg, B. 2001. Making social science matter: Why social inquiry fails and how it can succeed again. Cambridge: Cambridge University Press.