Only one African film featured at Estonia’s 21st Tallinn Black Nights Film Festival last year, but the organisers are eager for more. Known as PÖFF (Tallinn Pimedate Ööde Filmifestival), the event is the largest film gathering in Northern Europe.

“The selections from Africa up to now have mostly come from recommendations from friends,” says event founder and director Tiina Lokk-Tramberg. “It is one of the areas where I would really like to get more submissions.”

PÖFF was originally a showcase for Nordic films, but has since expanded beyond that. In 2014, the International Federation of Film Producers upgraded it to an A-list festival, making it the first in Northern Europe to gain a competitive feature film festival accreditation – then, one of only 15 other major world events of its kind.

Last year, Black Nights took place from 17 November to 3 December, and saw the participation of over 200 feature films and close to 350 short and animated films, shown across nine theatres in two cities. It incorporated the winners of a year-long programme of events that includes documentary screenings, the Haapsalu Horror and Fantasy Festival and the open-air Tartu Love Film Festival.

The African film shown at Black Nights 2017 was Bangaologia – the science of style, by Coréon Dú of Angola.

From an industry perspective, Lokk-Tramberg says there has been substantial success in promoting the work of every sector, including writers, musicians and photographers.

“My biggest fear when we started the festival was that this would become the graveyard for the industry. We saw to it, however, not only that good world films premiered here, but that films also have their beginning here, are discovered here and are picked up by other festivals.

“Now, about 95% of films screened go on to participate in other festivals, with some attending more than 100.”

Films that are featured are generally first highlighted by scouts. This year, there were some 2 000 candidates that were assessed by the festival panel – the largest number of submissions for this kind of event. “No subject is taboo. I’m happy when discussions arise,” says Lokk-Tramberg.

The very establishment of Black Nights was founded on turmoil. “When we started, it was as sort of protest action,” she says. “We wanted to show that, outside Hollywood, there are plenty of countries making fantastic movies.”

At the same time, Estonia was going through deep changes itself. In 1991, the country gained independence from Russia, following centuries of occupation by various forces. Starting a festival wasn’t easy. “Our networks were collapsing, and we did not have many cinemas,” Lokk-Tramberg recalls.

“I quickly realised that when you are a small country, it is not enough to show your films elsewhere, just to take part in the Biennale and Cannes. You have to bring them here, and people have to grow up with the best films in the world.

“Now, we see more and more multiplexes being built and Estonia becoming the cinema country.”

Challenges for the festival are arguably the same as elsewhere: “Money, with a capital M,” declares Lokk-Tramberg. Part of the strategy to acquire it is casting the net wide: targeting both local and international audiences, and the industry itself.

“We believe we need a good balance between local and international, because without our local audiences, this festival would not exist. We need good international films, to get international interest, especially because we want the films to travel and succeed,” she says.

Films participating in the festival enjoy not only the prestige of showcasing their work to new markets, but the chance to win a considerable amount of money, too. The Grand Prix award this year saw the film Night accident, by Kyrgyzstan’s Temirbek Birnazarov, claim the grant of €10 000 (±R161 000). The €5 000 (±R80 500) prize for best director went to South Korea’s Ju-hyoung Lee, for the film Excavator. Awards were also made for best cinematography, best script, best actress, best actor, best music, best first feature and others.

Further contributing to the burgeoning industry, the festival runs concurrently with [email protected] and the Baltic Event Co-Production Market – two events focused on sharing ideas, growth and development. This year, it teamed up with the culture ministry of Estonia to co-host and co-curate the Estonia’s European Union Presidency Conference, which featured such auspicious speakers as Lord David Puttnam.

The EU country of Estonia lies in Northern Europe. It is bordered by the Baltic Sea, the Gulf of Finland, Russia and Latvia. Although its size is similar to that of Switzerland, its population is vastly smaller at 1,3 million. Since achieving independence, its growth has been fuelled by tourists eager to see its medieval cities and magnificent wilderness, and also through excellence in the digital arena. In addition to a growing film industry, the ICT sector contributes 7% to the GDP of the country, which was where, among others, Skype, Taxify and the pioneering e-government platform were developed. Tallinn is its capital city.

Tallinn Black Nights Film Festival gets its name from the most obvious: the time of year the festival is held, when sunlight is at a minimum during winter in the Baltic country. “From a marketing perspective, we envisaged matching lonely souls out there in the dark and cold, with the films so uncommon, they’re lonely souls too,” says event founder and director Tiina Lokk-Tramberg.

“The lone wolf logo reflects this theme, too, and that Estonia is known for its wolf population.”

The trailer of Bangaologia – the science of style can be viewed here: 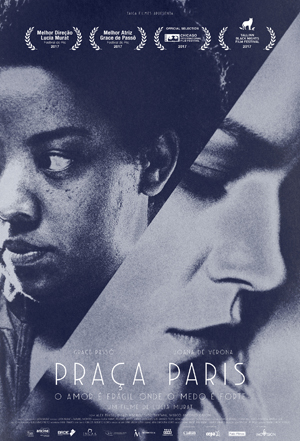 The Tallinn Black Nights Film Festival has been accepted as an A-list event by the International Federation of Film Producers. Films from around the world, like Praça Paris from Portugal, featured this year. 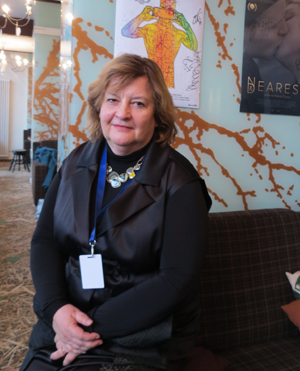 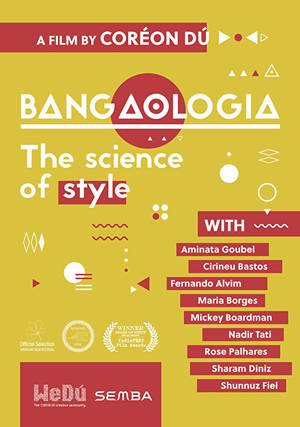 Bangaologia – the science of style was the only film from Africa at the most recent Tallinn Black Nights. It was created by Angolan filmmaker Coréon Dú. 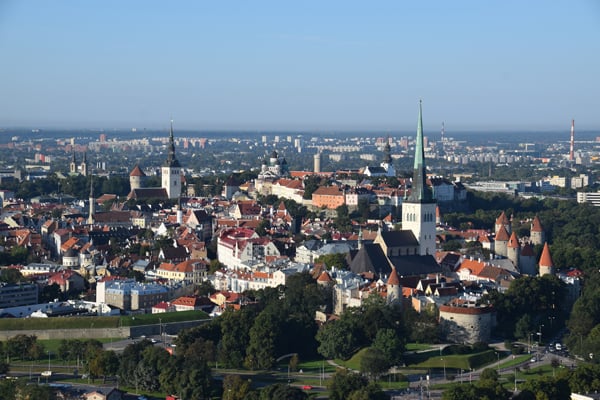 Tallinn is a magnet for tourists looking for picture-perfect towns. It is also a centre for excellence, for which its reputation is well known in tech circles.