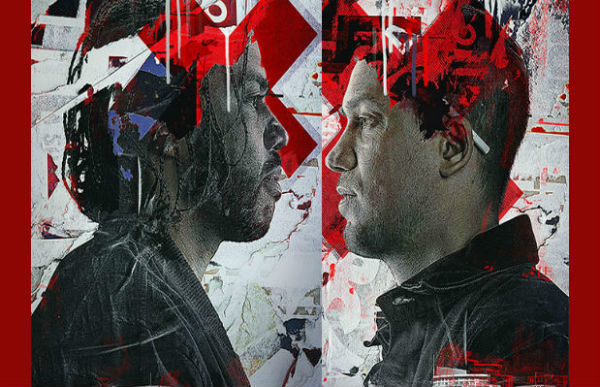 Collin (Daveed Diggs) must make it through his final three days of probation for a chance at a new beginning. He and his troublemaking childhood best friend, Miles (Rafael Casal), work as movers, and when Collin witnesses a police shooting, the two men's friendship is tested as they grapple with identity and their changed realities in the rapidly-gentrifying neighbourhood they grew up in.

Daveed Diggs and Rafael Casal, the stars of the film and long-time friends, both grew up in Oakland, California, where this scorcher of a film is set. They co-wrote the script and did it on one laptop, because they could only afford one copy of scriptwriting software, Final Draft. It only took them 10 years!

It was so worth the wait. You can sense their friendship, their lived experiences and the hard work they put in this earnest, yet hilarious, yet suspenseful film. More of this, please.

The dialogue is enhanced using fast-flowing, sometimes nonsensical, but always lyrical rap/verse/enhanced language. The combination of a thumping soundtrack, surreal dream sequences, the use of split screens and gritty Oakland as a backdrop, no as a character, will knock the wind out of you.

Of late there has been quite a few films dealing with race relations in America. The hate u give was geared towards young adults, so I found the delivery sugary and manipulative. Sorry to bother you, on the other hand, is a wee bit out there, an experiment of sorts with cool, crazy scenes and off the wall humour. Even though brilliant, it’s avant-garde approach might alienate some viewers. Blindspotting is neither sugary nor out there. Although fresh and innovative, it is also, real and sincere. No tricks. No preaching. Both Collin and Miles crawl into your heart. You really do feel their struggle, their fear. You walk in their shoes for a while. Isn’t that what a great film is supposed to do?

“The best way to make a piece about something like race is to understand that you’re not an authority on the subject,” Diggs says in a Vanity Fair interview.

The film goes beyond issues of race and looks, without being cynical, at other blind spots such as hanging with the wrong friends, the pressure of culture, aggression, gentrification and the failures of the justice system. Casal and Diggs does not hand you a neat ending or easy solutions to these problems. You don’t quite know, even though they’ve identified their blind spots, whether they will do anything about it.

“You can’t present a complicated conversation that is unresolved in society as resolved in a film,” Casal is quoted in a Rolling Stone interview. “We tried to meet the conversation where it was and then get out.”