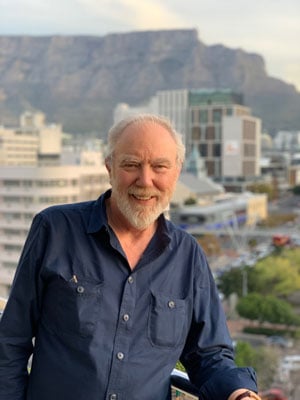 Anthony Akerman is a playwright who has also written extensively for radio and television. His award-winning stage plays include Somewhere on the border, Dark outsider and Old boys. His recently completed memoir, Lucky bastard – which primarily focuses on how his life was shaped by adoption – is currently being considered by a publisher. He has just finished a new stage play, Leading ladies, set in the Standard Theatre in Johannesburg during World War II. It’s a celebration of the theatre at a time when, like now, it faces an existential threat, and recently received the 2021 WGSA Muse Award as Best Stage Play.

Book review: Hoerkind by Herman Lategan is "a rare privilege"

"Lategan also shares moments of beauty, happiness and warmth in a narrative that is insightful, ironic, humorous and compassionate. And it’s a page-turner."

"Athol was spending increasingly longer periods working away from South Africa, but he always returned home to write. He told me he couldn’t write anywhere else. He had to be at home."

The love song of André P Brink by Leon de Kock: a review

"Leon de Kock’s well-judged biography presents us with a complex portrait of a great writer beset by a fundamental loneliness. All the sex, all the affairs and all the marriages were a frequently misguided attempt to end this loneliness."