Athol Fugard’s Statements after an arrest under the Immorality Act is now showing at the Fugard Theatre in Cape Town until 26 October, following its premiere at the Klein Karoo Nasionale Kunstefees.

Presented by Eric Abraham and the Fugard Theatre, in partnership with the Klein Karoo Nasionale Kunstefees, the production is directed by Greg Karvellas and stars Marlo Minnaar and Liezl de Kock. The production received five Kanna Award nominations at the KKNK.

Set in apartheid South Africa, Statements after an arrest under the Immorality Act tells the story of two lovers, a coloured man and a white woman, who secretly meet in the library where the woman works. A neighbour reports them to the police, and eventually the couple is arrested under the then universally pilloried Immorality Act.

Karvellas tells more about the play. 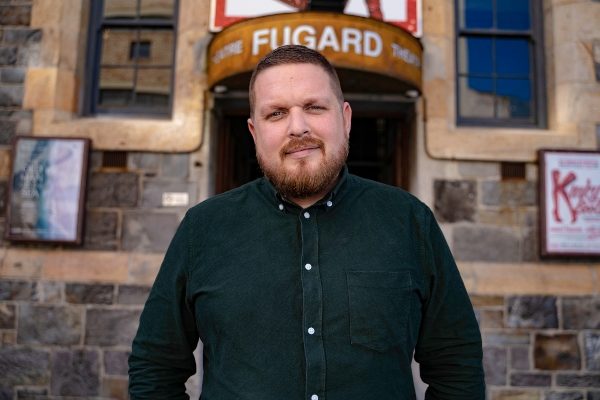 Statements after an arrest under the Immorality Act debuted at the KKNK, was nominated for five Kanna Awards and is now showing at the Fugard Theatre. How do you feel about the success of the play?

I am hugely proud of this production. It’s one of Fugard’s least produced pieces, and that it has resonated with audiences and had the reception it had at the KKNK is hugely encouraging.

This is a play by the legendary South African playwright, Athol Fugard. Can you tell us a bit more about the storyline of the play for anyone who is unfamiliar with it?

Statements after an arrest under the Immorality Act is set in apartheid South Africa, where relationships across the colour bar were a criminal offence. Two lovers – a coloured man and a white woman – meet secretly in the library where the woman works, to make love and share their hopes and fears. A neighbour reports them to the police, who secretly photograph them from the informant’s backyard and eventually break in and arrest the couple under the then inhuman and universally pilloried Immorality Act. 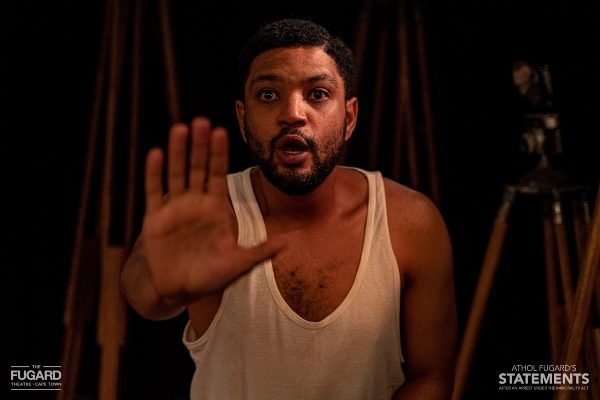 This play was written in 1972 and set in apartheid South Africa. Why do you think it is still relevant today?

There are so many parallels and elements that remain relevant today – the themes of surveillance, human rights abuses and the invasion of privacy by government and/or unseen powers. Also, the need and desire for two people to love and be loved, against the odds of the society in which they live.

Why did you decide to bring this play to the stage?

The Fugard Theatre has a wonderful relationship with the KKNK, and we were looking for something to co-produce. In a meeting with the artistic director, Hugo Theart, we were looking at Fugard texts to celebrate the 25th anniversary of the KKNK, and Statements jumped right out at us. It is also one of Athol Fugard’s lesser produced plays, and it has always been a dream of mine to direct this rich and compelling exploration of the human condition. 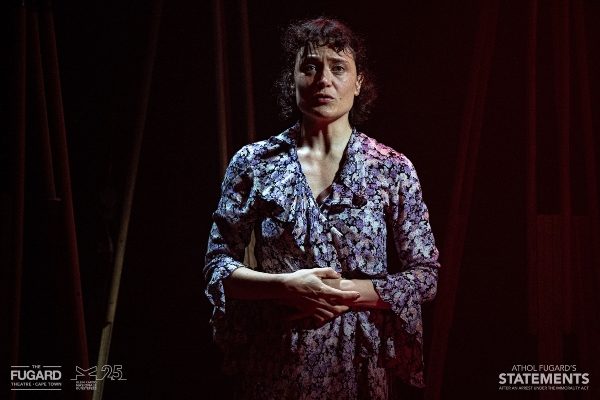 Did you stay true to the original text, or did you adapt it in some ways, and if so, why?

Yes, we stayed true to the original text; the only change was that we introduced a recorded voice, instead of a physical actor, for the third character reading back the statements. This aimed to heighten the sense of being watched over. I wanted the audience to feel like they, like the characters on stage, are surrounded. Charl-Johan Lingenfelder and David Classen’s incredible sound design helped achieve this. 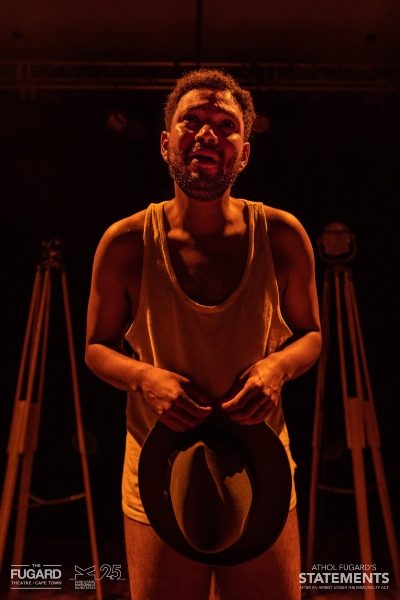 What is it about Athol Fugard’s plays that stand out for you personally?

That we are still dealing with the trauma of apartheid, and how, in many ways, so little has changed. In our research, we spoke to people who actually experienced the Immorality Act, and seeing their pain has highlighted how divided we still are as a nation, and how we are yet to recover from this pathology of racism. It’s a fever that is yet to break.

Please tell us more about the actors portraying the characters in the play.

Marlo Minnaar and Liezl de Kock have been a director’s dream to work with on this production. They have given so generously of themselves, trusted the process of collaboration, and bravely and boldly put their bodies on the front line of this exploration into Errol and Frieda. 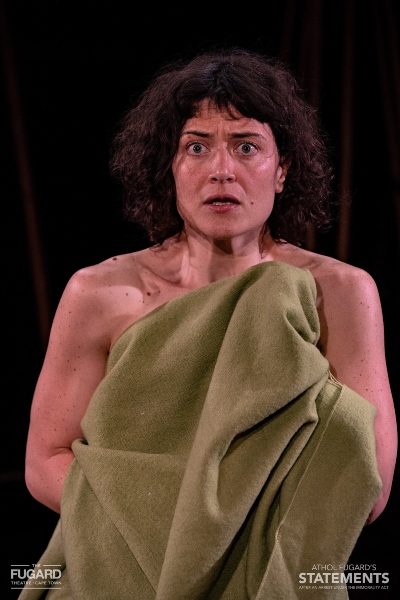 What have been some of the challenges and highlights of the journey of bringing this play to life, thus far?

Statements is an incredibly layered and complex text, so unpacking it and ensuring that we were understanding it was something we spent a lot of time on. We wanted to strike the perfect balance between representing the time period, and finding ways for the themes and story to resonate with our audience.

An absolute highlight has been working with the actors and my creative team. What an incredible group of highly talented artists who went down this road with me. It has been a beautifully creative process.

What has the audience’s reaction been upon watching the play?

In a word, stunned. After each show, it feels as though all the air has been sucked out of the room, that there is a vacuum, a space that maybe an audience has not been able to access. Then comes the emotion. Our production is a bit of a sensory experience, both in terms of the lighting and sound, and, in equal measure, with the performances by the actors. 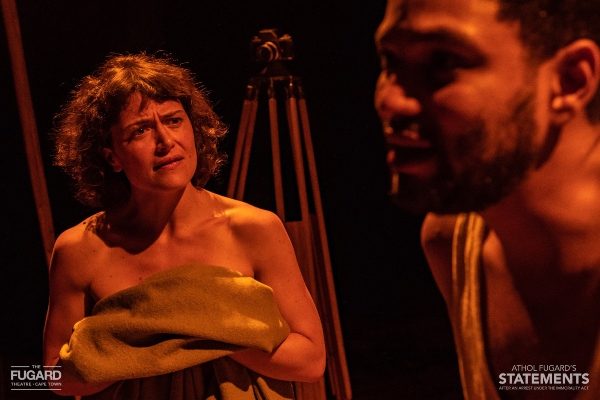 Why should people come watch this play?

This is an utterly compelling production that cautions us on the devastating impact of human rights abuse, in whichever form it comes, and hopefully makes us more understanding of our common humanity. It is also an incredible complete piece of theatre, with outstanding performances and innovative design and soundscape that bring the play right up to date.

Performances take place Tuesdays to Saturdays at 8 pm, with a Saturday matinee at 4 pm.