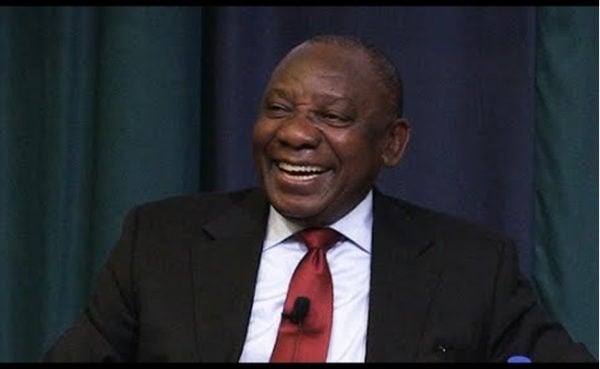 Cyril Ramaphosa’s ascent to the presidency of party and most probably country is either the story of a master politician and exceptional Renaissance man or that of the cynical compromise of a kleptocratic elite that believes that its best chance to fix its image problem is to be fronted in the globalised economy by a Cyril the Silent, a lame-duck president who has learnt he’ll survive only by keeping his mouth shut about the smallyana skeletons of his fellow comrades in the cupboards of patronage. Only time will tell.

For now it’s business as usual for the captured state. Ramaphosa will have to tread softly at least until the 2019 elections. It is my guess the ANC will emerge from that more or less intact, the losses it will shed to the EFF made up by the gains of returnees to the liberation movement from the DA. What is also possible is that behind the scenes he will be able to persuade the beneficiaries of patronage that ultimately they will be losing out if their pursuit of largesse through Zuma’s follies, nuclear and feeless campuses leave the cupboard bare. There is even a best-case scenario in which he and Nkosazana Dlamini-Zuma – who will potentially keep playing an outsized part in the party after her 2 200 votes – find each other in the necessity at least to bring some rationality to patronage.

Patronage – unfortunately for the neoliberal elite, fortunately for the dependants of black tax – will not be rolled back, not in the next two years, and possibly not during Ramaphosa’s first term as president of South Africa. The patronage system’s roots go far deeper than Zuma’s aid to cigarette tax evaders. These roots can be found in the establishment of the colonial  Department of Native Affairs 90 years ago in 1927, when the British Crown became the “big chief”, the patron of every black person in the country, henceforth to be ruled in dictatorial fashion by the governor-general and his fascist agents in the locations.

After formal colonialism, in the post-colonies of the homelands, the foundations of today’s developmental state were laid on which contemporary black economic empowerment and the new black triumphalist racism built the patronage state. Through 23 years of radical economic transformation, homeland-accumulated capital  has turned into black monopoly capital and the socialism of social grants and traditional authorities.

The good news is that in Cyril Ramaphosa we have a tenacious master of alternatives, a genius of negotiation. His best bet is probably to turn his back on the party, remain Cyril the Silent as far as it is concerned. The Constitution does allow him to establish an independent presidency, one able to begin implementing his democratically devised National Development Plan. If he acknowledges that his rise to power would have been impossible without the institutions of our liberal democracy – the various watchdogs, the free press, the guilty whiteness – and uses them as some of the pillars of this independent presidency, we might even hope for a new golden age in the distant future.