Fiona Snyckers is a most prolific author, most notably of Lacuna, an answer to JM Coetzee’s Booker Prize-winning novel, Disgrace; the Trinity series of novels; the Eulalie Park mystery novels; as well as two thrillers, Now following you and Spire. Janet van Eeden interviewed her about her ability to produce such a wide-ranging genre of novels, as well as writing in general. 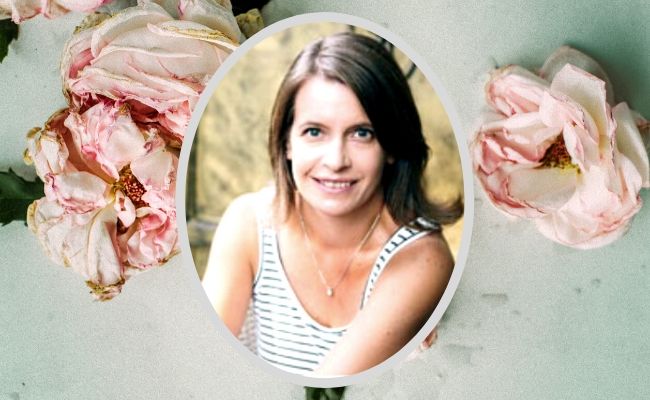 Fiona, I’ve long been a fan of your work. Your Trinity series of novels was enjoyed by my teenage daughter when it first came out, and is still enjoyed by both of us. Your Eulalie Park mysteries also appeal to younger readers. You have an incredible ability to be accessible in your writing in the same way in which Enid Blyton was for me when I was growing up. This accessibility is most appealing to young adults. I know your children are becoming young adults themselves, and I wondered whether this was how you manage to keep in touch with the youth market?

It definitely helps to have teenage humans in the house, but that is not going to last forever. In the end, I have to rely on research, just like anyone else. For Trinity on track, I was especially diligent about researching the experiences of young girls in South Africa who try to access reproductive healthcare services through government hospitals. It was eye-opening, and not in a good way.

One of the interesting aspects of your heroine, Trinity Luhabe, is that she is a thoroughly modern young South African girl, from a very rich family who are powerful in her community. She has a mixed heritage, which also broadens her appeal. She is very much like the current 21st century millennials, quite worldly and full of ambitions, and a sucker for a credit card. Did you choose her character in order to shatter the illusion of poverty that many foreigners have about Africans in general and South Africans in particular?

Chimamanda Adichie famously warned us about the danger of a single story. That and Binyavanga Wainaina’s searing satire on the subject of writing about Africa combine to remind us that the poverty narrative can be one-dimensional. Trinity’s billionaire family may not be typical in any way, but the issues she faces as someone who has been lifted out of her community by sudden wealth are common. I have always been interested in issues of identity, which is why I have quite often written about mixed race characters. Growing up middle class, when your parents were raised working class, is a factor that can confuse one’s sense of identity, too.

The young adult novels are quite “woke”, contrary to the young adult novels of my youth. They deal with very serious subjects, including teenage sexuality and pregnancy, as well as including healthy doses of humour and mystery. How do you know where to push boundaries for your audience, and where to stop? How far can you go in discussing these issues, do you think?

South African teens deal with serious, life-changing issues every day. I have never seen the point in trying to shelter them from situations in fiction that they are often dealing with in real life. That said, I believe my Trinity books handle weighty issues with a light touch. My goal is always to entertain. Young readers know when they are being lectured, and they don’t like it. A book should always be a good read first, and a social critique second.

In contrast, your novel Lacuna is deadly serious. You tackle the grittiest aspects of humanity in your reply to JM Coetzee’s much lauded novel, Disgrace, for which he won the Booker Prize, and was later awarded the Nobel Prize for Literature. I was so pleased when you wrote Lacuna, as I was equally irate about Coetzee’s dismissive use of the young woman in his novel as a scapegoat for all the evils of apartheid. I was incensed by his high-handed appropriation of the female and her degradation as the metaphor for the way in which whites could make amends for past atrocities. In Coetzee’s novel, Lucy Lurie is a passive receptacle for the hatred of the formerly oppressed. Rape, in itself, is such a violent destruction of a victim’s personal volition and sense of personal power, and Coetzee has taken Lucy’s abasement a step further by removing her opinion, too. In contrast, you give Coetzee’s fictional character, Lucy Lurie, a voice for the first time, and, in so doing, she/you attempt to express what the millions of voiceless rape victims endure. Would you please tell me more about your motivation for putting Lucy’s experience into “her” own words, and how and when you decided to do this?

Disgrace bothered me from the day I first read it 20 years ago in 1999. It took a long time for me to be able to articulate exactly what it was about the Lucy Lurie rape metaphor that disturbed me. Public discourse around sexual assault and the way it is framed in narrative has also matured considerably since then. I wouldn’t have been able to write Lacuna any earlier than I did, because my own thinking wasn’t sufficiently developed. Even now, I believe I have only addressed a sliver of the issues around how one writes about sexual assault. I certainly haven’t spoken for rape survivors in general – only for this one specific character I created.

As you know, I found Lacuna very difficult to read, because the subject matter is so real, so visceral. How did you manage to write so descriptively about such a traumatic subject without becoming affected by it yourself? Did you have to take action after writing, to “detox” yourself from the subject matter?

I found this subject very difficult to write about. It took me close to four years. I took regular breaks for the sake of my own well-being – which reminded me that rape survivors don’t get to take breaks from what has happened to them. For me, it was a relief to put it all on the page, at last – a kind of catharsis.

Has there been any reaction from Coetzee to your novel that you know of? If not, have other scholars defended him against your claims of his using the character of Lucy Lurie as nothing more than a “lacuna”, an “unfilled space or gap”?

There has been no response from JM Coetzee, to my knowledge, but I wasn’t expecting one. He is known for not wading into discussions about his books. Disgrace and Lacuna will always exist in intertextual conversation with each other, so it’s not necessary for the authors to speak, too.

Some critics have found it hard to separate the fictional “John Coetzee” character I created from the real JM Coetzee, but they are clearly very different. People have accused me of ad hominem attacks against Coetzee, when, in fact, my character is venting her rage against a straw man figure that she never gets to confront in person. Critics have pointed out that Coetzee’s Lucy is adamant in her desire to share the farm with Petrus and the other workers. What they fail to recognise is that being adamant is not the same thing as having a coherent motivation. Yes, Lucy is adamant about what she wants, but we never get the slightest glimpse into her reasoning or motivation.

Jane Austen wrote in Persuasion that the image perpetuated of women of her generation – of being inconstant in love and flighty – was an unfair one, because, she said, while talking to a man, “the pen has always been in your hands”. Do you feel as if you’ve redressed the balance for women in general, and rape victims in particular, through your putting the words into Lucy’s mouth?

I am happy with the book I wrote, but I also believe that there are as many rape narratives as there are rape survivors. Each survivor has their own story to tell and needs to be afforded space to do so.

Is it a relief to leave the trappings of such a difficult genre behind you, and shift into something less challenging and more entertaining, with your young adult novels or your thrillers? How do you negotiate the differences, and does each genre make its own unique demands on you?

I would hesitate to frame one genre as more difficult than another. Writing for young adults is very difficult to get right, as is writing an intelligent thriller. Literary fiction has its own tropes and conventions that provide a roadmap for the writer. Most of my books deal with issues that affect women, and it’s hard to rank these in terms of importance. I like to treat them all as important, even when I am framing them with humour.

I haven’t had the privilege of reading Spire or Now following you. Could you tell me a bit more about these two thriller novels and how you came to write this very different genre to the others?

Now following you is a suspense novel about a young woman who lives her life out loud on social media. When a stalker takes advantage of her openness, she has to decide whether to become more private or to continue living life on her own terms.

Spire is a loose sequel to Now following you, in that the two main characters are sisters. A surgeon and virologist moves to an isolated base at the south pole for the winter to conduct experiments. She has hardly arrived, when her colleagues start dying of diseases that haven’t been seen since the Middle Ages. She quickly realises that the only thing worse that being alone in a base at the end of the world is not being alone.

I have always loved a good mystery. Mystery elements creep into most of my plots – even those of different genres. Writing thrillers comes naturally to me.

Lastly, you are one of the most prolific writers in this country, which is admirable. How do you manage to produce such a large body of work, with the needs of three children and a husband to take into account? Do you have a specific routine you follow, or do you just write when you have time?

I write the way I suspect many busy women do – in the gaps between family responsibilities. If I’m waiting for my daughter at the orthodontist, I’m quite likely to have my laptop open and to be banging out a quick 300 words. Disappearing on a writing retreat for three months is not an option for me, so I make do with the time I have.

More about this writer on LitNet:

Lacuna: an interview with Fiona Snyckers