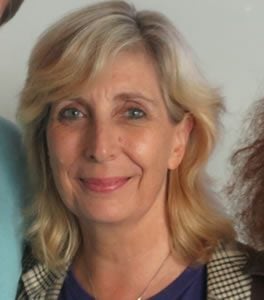 Inter-review with Michelle Edwards, author of the novel, Go away birds

Janet van Eeden interviews Michelle Edwards and also writes: "The novel is page-turningly good. The plot moves swiftly through the first-person voice of Skye, who is that most delicious of literary devices: an unreliable narrator."

Janet van Eeden: "I tried to interview Athol Williams about his new book of poetry called Whistleblowing, but the timing was never quite right, as he was fearing for his safety. Therefore, I put together comments of my own and quoted from poems from his above publication to create a commentary, and also cited an earlier interview I did with Williams in 2012."

Inter-review with Fiona Snyckers, author of The school gates – light with a bite

"I wanted to make the point that competitive parenting has become a worldwide phenomenon."

Seen elsewhere: Goodwill and compassion are stronger than the forces of destruction

"This is what we must hold on to. Goodwill and compassion are stronger than the forces of destruction, whatever the agenda of the agitators is."

Death and the after-parties by Joanne Hichens: an inter-review

"I didn’t set out to be so honest, particularly about my childhood. I was going to write a short grief memoir, but the more I wrote, the more I understood that one’s childhood plays a role in how we grieve, that how we deal with loss as adults is connected to how we face loss as children, and so I went down that road, open to exploring my childhood."

Walking in the shadow by Carmen Radtke: an inter-review

"The story of Jimmy Kokupe is an unlikely subject for a historical drama, but his character is based on one of a number of men who were sent to the island by the British colony to live out their days in isolation during the early 1900s."

"The paragraph above sums up for me the life of a woman writer who has to work while being the mainstay of a family. Even Jane Austen mentioned in her diaries how she wrote her novels in short bursts, hiding her work under a book when others came into the room, trying to find continuity between family interruptions."

Inter-review with Colleen Higgs about her memoir, My mother, my madness

"I think my mother’s death released me; I felt the burden of responsibility lift from me."

Inter-review with Helen Moffett about her novel Charlotte

"Please could Helen Moffett write the ending to my life story? Listening to Helen’s delightful Charlotte as an audiobook had me weeping in delight as I learned how things turned out in the end for the unobtrusive Charlotte Lucas, one of Elizabeth Bennet’s closest friends in Pride and prejudice."

Inter-review with Lauri Kubuitsile about her book, But deliver us from evil

"This novel is full of the spirit of adventure and the desire for justice, which make for great storytelling."

An interview with Fiona Snyckers

"Most of my books deal with issues that affect women, and it’s hard to rank these in terms of importance."

Inter-review: Tracey Farren in conversation with Janet van Eeden about The book of Malachi

"The writing is visual and visceral, the world created is tangible, and the character of Malachi has expressed his voice with utmost clarity."

"This is a powerful book that has you spellbound, especially as the secrets are revealed towards the end. It reminds you, once again, that knowing your ancestry is all-important for healthy self-actualisation."

A gap in the hedge by Johan Vlok Louw: book review

"The characters and the surroundings are drawn with the accuracy of a master painter, as the author’s descriptions evoke the hopelessness echoed in the area and in the lives of its inhabitants."

Janet van Eeden, Naomi Meyer 2014-07-02 Janet van Eeden's movie A Shot at the Big Time was screened at the Cannes Short Film Festival in May. She tells Naomi Meyer about the film festival and the experience of a lifetime.