Afrikaans students’ perceptions and use of WhatsApp as platform for (language) learning: a new norm(al)?

Over the past decade, research on the use of WhatsApp for learning and teaching focussed mainly on its added value when integrated with conventional classroom teaching. During the worldwide COVID-19 pandemic many schools and universities opted to use WhatsApp as a learning platform and substitute for face-to-face teaching. With more students having access to mobile phones rather than computers and university learning management systems, the use of WhatsApp became a near obvious choice.

The focus of this article is on the use of WhatsApp as a learning platform in the teaching of Afrikaans. The participants were a group of 62 students registered for an undergraduate module in Afrikaans at the University of the Western Cape (UWC). The purpose of the research was first to investigate these students’ experiences in using WhatsApp as a learning platform and second to investigate its potential value for the development of language skills. To this end, a mixed method approach in the form of a case study was used. Students’ experiences were measured quantitatively and qualitatively using an electronic questionnaire that consisted of twenty questions.

Prior to the COVID-19 lockdown, the teaching of this module was limited to a weekly lecture and tutorial of 45 minutes each. Students were divided into two tutorial groups, each with their own tutor. When the lockdown started, seven weeks of the semester still remained. It was during these seven weeks that WhatsApp was used as a learning platform to continue the academic programme. The time allocation and tutorial group allocation remained unchanged. However, there was one important difference: students’ interaction with the learning content was no longer limited to one weekly lecture. They now received a Word document and a voice note from the lecturer, which they could access anywhere and anytime, and as many times as they preferred.

The tutorial group discussions continued at the allocated times and were facilitated by the tutors. These tutors could contact the lecturer at any time for assistance if needed. Over a period of seven weeks, the lecturer/researcher sent a Word document and a voice note to the tutors, who in turn sent it to the students in their respective groups. At the end of the semester, an electronic questionnaire was distributed to students.

The findings are interpreted against the background of existing research and within the framework of relevant learning theories and models such as the Community of Inquiry Model (Garrison, Anderson and Archer 2000), Connectivism (Siemens 2005), and Networked Learning (Jackson and Temperley 2006).

What follows is a summary of the most important findings.

Although everyone had access to a mobile phone and WhatsApp, 45% did not always have money to buy data and 18% had no access to Wi-Fi at home. These two factors impacted negatively on their learning experience, which would seem to concur with the research of Dwee and Sharif (2016), Sari (2018) and Alghamdy (2019). Despite these negative factors, the majority (69%) of students described their learning experience as fun, which supports similar research done by Bensalem (2018), as well as Alabsi and Alghamdi (2019). Most students (75%) believed the convenience of access to learning content at any time and in any place, and the availability of the tutors contributed to a positive learning experience. Furthermore, it was especially the convenience of having a record of group discussions to read and the lecturer’s voice notes to listen to in their own time and as many times as they liked that helped them to understand the lesson content.

Students are nevertheless not convinced that using WhatsApp as a learning platform is better than conventional face-to-face teaching. The majority (67%) indicated that WhatsApp is not better, while 31% was neutral and only 2% experienced it as better. Upon closer analysis of feedback, it was clear that the lack of personal contact was the underlying reason for this finding. Students seem to be divided about their increase in motivation while using WhatsApp as a learning platform. Half of the group indicated that the use of WhatsApp increased their motivation, 16% indicated that it did not increase their motivation, while 16% was undecided. These findings contrast with research done by Alghamdy (2019), indicating a dramatic increase in motivation levels as well as academic achievements when using WhatsApp for learning and teaching. It is however significant to note that students mention in their comments that their confidence to participate in text-based discussions increased, something that might impact positively on their levels of motivation.

The text messages that were used to interact with their peers and the tutor during tutorial discussions played an important role in their learning experience and they were particularly positive about the fact that it allowed them not only to work together, but also to learn together.

The online discussions also created a comfortable space for them where they could voice their opinions and read the opinions of their peers. This finding is supported by the research done by Amry (2014), Ling (2016), Kumar et al. (2016) and Sari (2018), indicating the benefit of WhatsApp to be used as a platform that would increase student participation. However, when there was an increase in the number of text messages, students became overwhelmed and experienced that as a disturbance leading to a negative learning experience. This concurs with the research of Dwee and Sharif (2016), Ling (2016) and Sari (2018).

Although it is not clear if forming these relationships facilitated students’ understanding of the learning content, there are indications that it increased their motivation to learn and their confidence to participate. 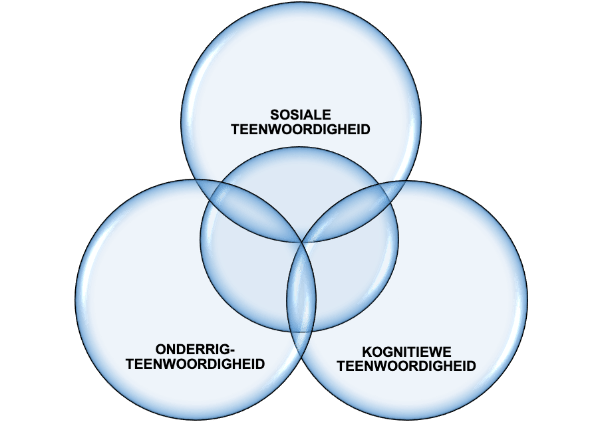 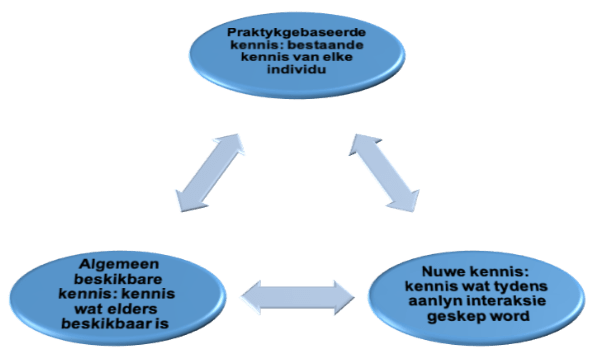 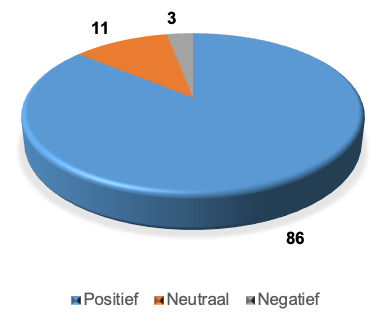 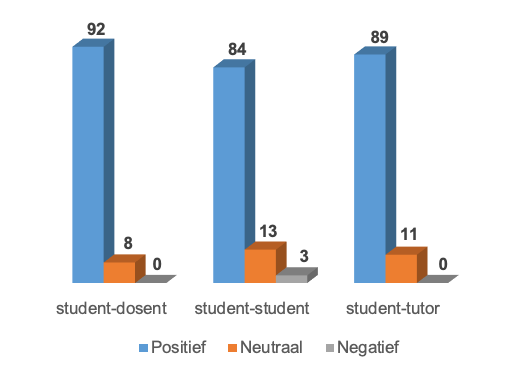 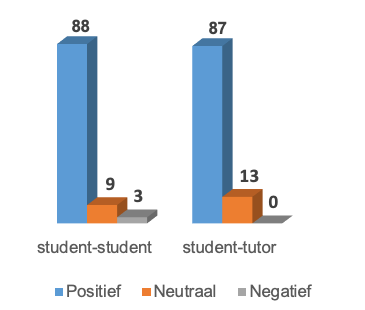 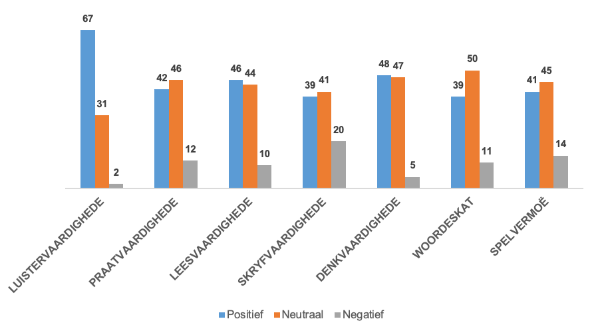 Amry, A.B. 2014. The impact of WhatsApp mobile social learning on the achievement and attitudes of female students compared with face to face learning in the classroom. European Scientific Journal, 10(22):116–36. https://eujournal.org/index.php/esj/article/viewFile/3909/3700  (10 Mei 2020 geraadpleeg).

Kop, R. en A. Hill. 2008. Connectivism: Learning theory of the future or vestige of the past? International Review of Research in Open and Distance Learning, 9(3). http://www.irrodl.org/index.php/irrodl/article/view/523/1103 (29 Augustus 2020 geraadpleeg).

Kumar, V.S., T.Y. Lian en H. Vasudevan. 2016. A study on the perception of undergraduates on the use of WhatsApp as a tool for Mandarin language teaching and learning: A case in UNiKL RCMP. 2016 Language Education and Civilisation International Conference (LECIC). https://www.researchgate.net/publication/305137963_A_study_on_the_perception_of_undergraduates_on_the_use_of_WhatsApp_as_a_tool_for_Mandarin_Language_Teaching_and_Learning_A_case_in_UNiKL_RCMP (29 April 2020 geraadpleeg).

Kura, S. 2012. Qualitative and quantitative approaches to the study of poverty: Taming the tensions and appreciating the complementarities. The Qualitative Report, 17:1–19. https://nsuworks.nova.edu/tqr/vol17/iss20/4/ (14 Oktober geraadpleeg).

Mbukusa, N. 2018. Perceptions of students’ on the use of WhatsApp in teaching methods of English as Second Language at the University of Namibia. Journal of Curriculum and Teaching, 7(2):112–9.

Rebolj, A. Biba. 2013. The case study as a type of qualitative research. Journal of Contemporary Educational Studies, 1:28–43.

Sari, F. 2018. Undergraduate students’ attitudes to the implementation of WhatsApp group as their learning media in the EFL classroom. International Conference on English Language Teaching and Learning. https://www.researchgate.net/publication/335320213_Undergraduate_students'_attitudes_to_the_implementation_of_whatsapp_group_as_their_learning_media_in_the_efl_classroom (29 April 2020 geraadpleeg).