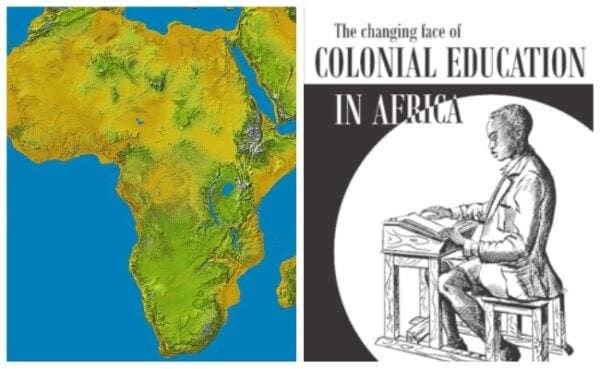 The necessity of historical understanding for making sense of education policy: A comment on Peter Kallaway’s book titled The changing face of colonial education in Africa (African Sun Media, Stellenbosch, 2021)

These comments were offered at the webinar launch of the book.

I offer these comments in honour of a book and of a life. The idea of this book has a profound social provenance.

I offer these comments in honour of a book and of a life. The idea of this book has a profound social provenance. My first interaction with Peter Kallaway’s work was when I was a youth activist during the 1980s, primarily via two texts: 1) his seminal book, Education and apartheid: The education of black South Africans, published by Ravan Press in 1984, and 2) his History alive school textbook series, published by Shuter & Shooter in 1987 and to which I was exposed as a history teacher.

We experienced these texts as exhilarating and galvanising. Their materialist analysis of the social reproductive functioning of education gave us powerful language to match our anti-apartheid political commitments. Peter’s books and his larger published corpus on the politics and policy of education gave us educational sense-making language, the architecture to organise our thinking as progressive anti-apartheid actors.

At UWC, where we became colleagues in the mid-1990s, I was exposed to Peter as a gentle person who lived a life of horizontal or flat commitment to his friends and colleagues. We learnt from his lecturing pedagogy in his famous BEd honours module called “Education in South Africa” and co-edited a text called Education after apartheid. We established the journal Southern African Review of Education in 1996 as the official journal of the Southern African Comparative and History of Education Society (Saches). Peter was a founding member and a president of Saches.

Peter nurtured staff and students. He drew us into his friendship circle. Peter seamlessly provided us access to epistemic networks, and we developed their own academic trajectories.

Peter’s book offers us a nuanced account of such policymaking a century ago. He takes us into the policymaking processes of colonial education in Africa during the first half of the 20th century. The book is based on a range of archival sources about education under colonial rule during the “Development Era”.

Peter explores the significance of historical research for understanding “the rhetoric and reality of policy production”. His book is an account of the networks, exchanges and relations among a range of private, public and voluntary organisations that produced the regulative policy discourses of colonial education.

The period under review is given fascinating multidimensionality: the early 20th century is the period when the colonial state moves closer to its colonial ending. It is also the period when the “imperial mind” shifts to incorporate the latest science of the period and comes under the influences of social welfarism, and when scientific advisors make an appearance to influence policy discourse about the education of the “African minds”.

Educational conferences organised in collaboration with the Colonial Office in London became a major conduit for transferring educational ideas to the colonies. And so did policy borrowings from colonial educational experiments in India and the American South.

Educational conferences organised in collaboration with the Colonial Office in London became a major conduit for transferring educational ideas to the colonies. And so did policy borrowings from colonial educational experiments in India and the American South.

The role of philanthropic organisations, missions, scientists such as Malinowski, and educationists such as Thomas Loram, Fred Clarke and Victor Murray are carefully unpacked in the book’s various chapters. I found very fascinating Peter’s discussion of a key education networker, an education entrepreneur by the name of Oldham, who had strong links to the Colonial Office and played a particularly formative role in shaping colonial policy. Oldham was able to bring together various interests – philanthropy, various church constituencies, German missionary organisations, French scientists, and journal editors – to promote debate on African colonial education.

Peter offers a chapter each on the educational trajectories of educationists Donald Mtimkulu and Samuel Mqhayi. This is Peter’s attempt to demonstrate how representatives of the colonised were positioned to engage with the worlds that the “colonial mind” attempted to make. Peter discusses how these persons were shaped by colonial education, their student years and educational roles as teachers and leaders of teacher organisations, and their careers as school headmasters. Mtimkulu became a significant critic of apartheid education, and Mqhayi became a praise poet, journalist and novelist who was critical of colonial education and committed to a lifelong battle to preserve Xhosa culture, language and tradition.

Peter’s text succeeds in placing educational thinking and doing in the context of their times, as he explains: “muddying the waters … to allow the complexity of educational proposals and reforms to be appreciated in relation to specific times, places and events”.

This book allows one to understand how the arbitrary discourses of colonial subjugation and racial repression changed and took on new grammars of human degradation and regression. I suggest that such a historical account is fundamental to a contemporary decolonial educational imaginary that has yet to emerge with intellectual fecundity as part of our educational discourses.