Netflix has just announced a comeback. Queen Sono, starring Pearl Thusi and directed by Kagiso Lediga, will start filming soon. Let’s hope they will be as brave as the producers of Tali’s. (TBH, the pairing of Pearl and Kagiso does not bode well.) Either way, it is exciting stuff.

What follows is not an absolute Top Ten of series to be found on Netflix/Showmax. I cannot do absolutes, as new and brilliant films, shows, albums and books are released weekly. Let’s call these highlights, then, of the hidden gems and obvious choices available on the two streaming services.

Black mirror proves with its fourth season that the series still has ample source material to terrify fans with technology that is now – or soon could become – an integral part of our lives.

Unless you have a very strong constitution, do not binge this series. It is brilliant, but is quite a bleak dystopian projection of where our love affair with gadgets and tech will lead us. The creators never let up. At least with The handmaid’s tale, you are presented with beautiful cinematography, a number of laughs and, most importantly, hope. Black mirror sees no hope for us humans.

Why watch it, then? It’s not far off the mark. It serves as a warning, a well-produced, deftly directed and perfectly cast warning.

Notorious criminal Frank Griffin (Jeff Daniels) and his gang of outlaws are on a mission of revenge against Roy Goode (Jack O'Connell), a son-like protégé who betrayed the brotherhood. While on the run, Roy seeks refuge with hardened widow Alice Fletcher (Michelle Dockery), an outcast herself, in the worn-down, isolated mining town of La Belle, NM – governed mainly by women. When word reaches La Belle that Griffin is headed their way, the town bands together to defend themselves against the murderous gang on a lawless western frontier.

What an out-and-out joy to watch. You have a whole town of strong women, a deliciously malicious Jeff Daniels, characters loyal to their deaths, plenty of thrilling showdowns and shootouts, the freak accident that killed the town’s men, and then you have Merritt Wever as a pants-wearing, no-shit-taking cowgirl. (I know, you had to google her. It’s okay. She is underappreciated. She almost stole the show from Edie Falco in Nurse Jackie.)

Godless is entertaining, it is funny and it is thought-provoking.

Dark's central mystery unfolds slowly, both tense and terrifying, culminating in a creepy, cinematic triumph of sci-fi noir. Dark is set in a German town in the present day, where the disappearance of two young children exposes the double lives and fractured relationships among four families.

One must concentrate when watching this incredible German-language Netflix original. Pause if need be, as Dark is an intelligent, complicated web of murder and dysfunction set in three different time periods. Yes, there are some intricate sci-fi wormholes thrown in, but this does not overshadow the character-driven narrative or the exploration of the human psyche. The series is tightly edited, and all the threads do come together in the end. Just don’t blink.

The end of the fxxxing world

A darkly comic road trip tale about two confused teen outsiders. Misanthropy and humour pair perfectly in this romantically nihilistic show that proves that falling in love can feel like The end of the f***ing world.

Make it to the second episode, and you will be hooked. It is off the wall, brave and incredibly funny in a dark, twisted way. Quite an interesting, tongue-in-cheek take on the serial killer genre. You will not see the end coming, not the surprise twist or the emotional depth of it. 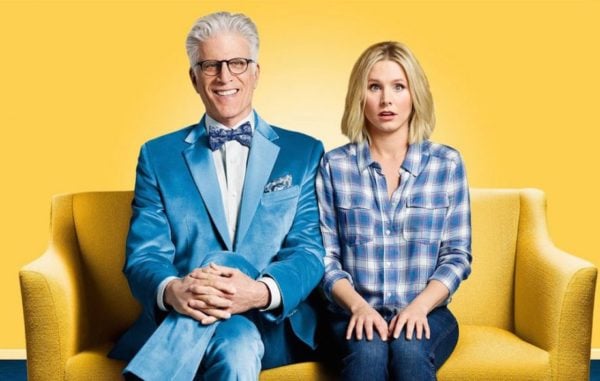 An Arizona woman enters the afterlife and tries to become a better person and make amends for past bad behaviour in this comedy. Charming and curious as ever, The good place remains a delightfully insightful bright spot on the television landscape.

This half-an-hour sitcom combines sunny humour, complex philosophy simplified and a delightful Ted Danson in a career-best role! What more do you want? Okay, you also get Kristen Bell as the lead and a cameo by Maya Rudolph. (How I love the genius of Maya.)

This is the only cooking show to watch. It obviously covers incredible cuisine and is beautifully shot and presented, but it also explores the ethos of every chef and every curveball life throws at them. Some chefs you will like, some you will not. You will, however, find what they do fascinating.

A sitcom about a wealthy family who lose their fortune and move to Schitt's Creek, a dreary small town they purchased once as a joke.

I watched season 1 to switch off after a tough day. You knew what to expect – half an hour of quirky characters, definite laughs and great acting. It never disappointed. But, as the series grew, it slowly turned into something more than a well-crafted sitcom. Creators Eugene Levy and his son Daniel Levy introduce you to the somewhat one-dimensional characters in season 1, make you laugh at them but also like them. Then, they slowly add every character’s depth, flaws and humanity, and suddenly you realise you love them. On more than one occasion during season 4, I ended up in tears. Watch out for the two versions of Tina Turner’s “You’re the best”.

Blue planet II's hypnotic beauty is complemented by intense ethical musing, contrasting the micro and the macro in a humbling exploration of humanity's relationship with the ground it stands on.

If this series does not move you to become a tree-hugger, or at least recycle and close the tap while you brush your teeth, you are a monster. It shows you the wonder of the natural world, but also makes you question your relationship to it. As far as nature doccies go, this is it.

An espionage series about a mysterious world hidden beneath the surface of our everyday existence. Tense and gripping, Counterpart is an absorbing thrillfest led by JK Simmons's multifaceted dual-lead performance.

I was going to start and end my review with the following: JK Simmons. But then, I thought, as with Merritt Wever in Godless, not many people will immediately conjure up his face, or be convinced to binge this series on the spot. So, yes, google him and come back to this review. Good, now you know what brilliant roles you’ve seen him in. What is shocking is that Counterpart is his first (and second) lead role.

Anyhow, Counterpart is a slow-burning dystopian espionage series that questions how decisions influence who we eventually become, and how different we would be if we had married someone else, or got that promotion, or moved to another country. Fascinating, but still entertaining.

Vikings tells the tales of the raiding and trading of Norsemen in medieval Scandinavia. Vikings makes up for its lack of historical accuracy with a heaping helping of violence, romance and striking visuals.

I’ve loved every episode of Vikings. It is hugely entertaining, the threat of war or civil unrest continuously simmers under the surface, how the gods are treated and adhered to are fascinating, and the characters draw you in. You feel every defeat, every victory, because you are invested. (I’ve sworn to stop watching when they kill Lagertha!)

Be warned, the battle scenes are extremely graphic. Not for the faint-hearted. The episode entitled Blood eagle will send you over the edge.

From the creators of SuzelleDIY comes a hilarious new mockumentary starring Julia Anastasopoulos as Tali, a Joburg princess who moves to Cape Town – and she’s getting married!

This show was a brave move by Julia Anastasopoulos (SuzelleDIY) and Showmax. Julia already had a strong following as Suzelle, a safe following that she could have built on. Instead, she created Tali’s wedding diary, a decidedly darker, edgier show, with a very unlikeable lead in the form of Tali. The show does not only make fun of the characters (and social media), but makes you dislike them for being narcissistic or pathetic or insecure. It is quite brilliant!

The parodying does make way for some humanity to filter through, and you do connect with the characters. I am still not sure whether I liked Tali’s character – or whether I was supposed to.

For those living under a rock, who have not seen every last minute of the series of the decade, now is your chance to catch up with the rest of society. It is not for the meek, for the sensitive. It will depress you, shock you, break your heart, trample on your spirit, then bring you back from the edge of insanity, and give you hope. I kid you not. That is Margaret Atwood for you. Go forth and read her novels.

Po is training to become a Dragon Warrior, while joining the rest of the Furious Five in protecting the Valley of Peace from villains like Scorpion, Fung and Temutai.

The movies were great. Adults and children alike loved them. The series builds on it. All my godchildren, from age 4 to 9, absolutely love this series. The episodes are short enough, so that they can be fitted in between busy schedules. 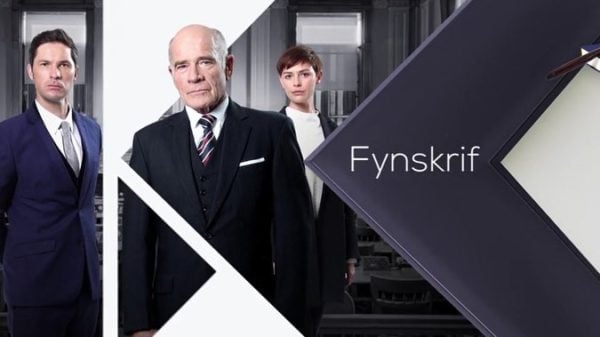 Even though not perfect, Fynskrif deserves a mention. It is one of the best local dramas with great performances all around. Although it tackles worthwhile issues, it still entertains. I am looking forward to the second season.