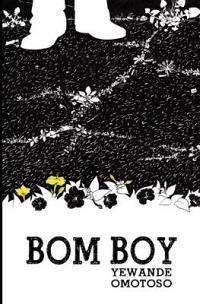 Leke was born of a white mother and a Nigerian father who, through no real fault of their own, abandoned him on a park bench. His adoptive parents are white and well-meaning. When Leke’s beloved adoptive mother, Jane, dies of cancer when he is still quite young, his adoptive father, Marcus, copes by working harder than usual and leaving his son with a childminder, Lightness. Leke’s way of surviving the loss of Jane is by shutting off from the world around him. It isn’t long before he leaves home and tries to make a life on his own with a fairly ordinary job. He finds a basic home in a garage in someone else’s garden. He drifts through the semblance of structure in his life, in a literal daze, clinging to things which give him security of some sort: his backpack, his small patch of garden next to his garage home, Jane’s ancient Volvo which he calls Red and which takes up half of his home. His rigid adherence to this unchanging routine allows him to feel safe. All of these remind him of a time when Jane was at his side, loving him unconditionally.

When Marcus tells him at their weekly Sunday lunch meeting that he has a pack of old letters for him, Leke refuses to take them. He senses that they have something to do with his past. As he can’t cope with his present, how on earth could he want to know about his past?

Leke continues his usual routine: waking up, going to work, ignoring everyone around him as much as possible and, after work, following women around in shopping malls and trying to steal at least one item from their person. A complication arises when he decides to follow a striking woman from his workplace who seems to be having trouble moving her aged grandmother around. Tsotso spots Leke lurking behind her in a parking lot and when her grandmother collapses she calls on him to help her. Her brusque manner seems to fill in the gaps which puncture Leke’s confidence when he is around people, and it is through her not particularly helpful ways that he finally builds up the courage to read the letters. They’re from his birth father, Oscar, who lived out his last few years in prison. And they force Leke to confront his origins, origins which involve an ancient curse on his family.

Will it be Leke’s good fortune to break the family curse? Perhaps with Tsotso’s help Leke will finally have the courage to become a man.

Yewande Omotoso writes this novel with perspicacity and panache. The prose is light and deft and delightful to read. Even when her distant and withdrawn protagonist Leke goes through a spell of marking time in the middle of the novel, the prose keeps one involved. I loved Omotoso’s flirtation with magic realism in some parts of the story and I look forward to more of this from her in the future. Her skill lies in the subtlety of her character creations. Omotoso is definitely an author to watch. 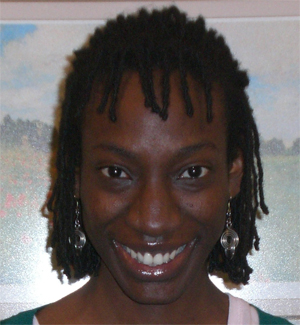 Yewande, you have written an unusual book about a very socially inept young man. Leke is a very unusual protagonist, as he doesn’t actually do much, other than observe the world from a distance. You succeed in keeping the reader’s interest, though, by your excellent skill with words and your ability to create a compelling picture of Leke’s life. How did the character of Leke come to you?

The idea was to write about someone intensely alone, cut off. I was intrigued by that human condition loneliness, but an intense version, almost like a sickness. I liked the idea of someone so incapable of social connection that his only reprieve is to seek the company of health practitioners. As I began exploring this character the story came through.

Your background is also a mixture of Nigerian and West Indian. You seem interested in the marriage of cultures in this novel too. Does your heritage have a formative role to play in your writing? Or is this novel just the one in which you explore cross-cultural influences on a person’s life?

While I did not consciously set out to write a novel about cross-cultures and so on, clearly it is something that interests me and occupies my imagination. The reason for this could be my own upbringing. Definitely, my family plays a major role in my life and my childhood is a vivid and rich well of memories. But also I love the idea of what happens when things cross. That could be culture, gender, sexuality, anything. I like the rebellion of “crossings” and I feel that there is something to study and observe about these “crossings”, something even to learn.

Leke drifts in a daze through life trying not to let go of things which give him some sort of security: his backpack, his garden which reminds him of Jane, his unchanging routine. Did you explore different behavioural patterns when you thought about writing this protagonist or did he come to you fully formed?

He was definitely not fully formed! I got to know him the way you might meet someone newly and then spend time with them. At some points in my writing I wondered if he could hurt people, if there was a deep pathology and he was actually a psychopath. I did a lot of reading,  including on serial killers. But Leke turned out to simply be apart, suffering with something, as we all might, and doing so in his own way.

Is this your first novel? Your blurb says you studied architecture and still practise this profession. How did you find writing? Or did it find you?

This is my first novel. But I remember writing a 6-page “book” when I was 6 or 7 and my cousin drew the pictures. It wasn’t very good. It was about a woman going shopping with her husband! Growing up in the house of creative parents, surrounded by books, meant my brothers and I wrote a lot of stories, plays, poems and songs. I suppose that means the writing found me.

You have a very creative family. I had the good fortune to work with your father, Kole Omotoso, when I was the website editor on Big Brother Africa some years ago. He was the cultural advisor. I’ve also interviewed Akin about his work and met him at the Sithengi Film Festival a few times too. Did your parents bring you up to be especially creative, or do you think it’s in the genes?

My parents did a very good job of providing us with as many options as possible. We had recorder lessons and piano lessons and sang in choirs. We grew up in a close-knit academic circle and I remember painting Easter eggs and making puppets for puppet shows as well as listening to heated political debates and reading book after book after book! It’s the nature-nurture debate, but they certainly made it easy to fall in love with being creative.

In this novel you explore how Leke drifts aimlessly through his daily life until he is able to really take cognisance of his roots, which he spends many years trying to avoid. Do you feel that it’s a vital part of becoming fully “actualised”, as Maslow would call it, to embrace one’s roots fully? Have you had to do that living in a country other than the land where you were born?

I do think knowing (deeply) and being able to engage with one’s own heritage is important. “Embrace” isn’t quite the word. I’d say “connect to”. In terms of my experience, especially as an adult and as one who wants to write, I’ve had to get very interested in the places I come from. But I have a sense of pride in my heritage that has always been there and was critical to me as a young person arriving in a 1992 South Africa. Without it, I think my adolescence would have been harder.

Do you see novel writing as a didactic exercise at all? Would you prefer readers to read your work just for entertainment or would you want them to learn something through reading it? If the latter, what would you want readers to take from this novel?

As a reader I believe in books as a source of pleasure or intrigue. I would want to write books that are first those things, or at least one of the two. Thoughtful books, good stories. I think if one succeeds in creating such a product there would be a lot to learn from it without the intent to teach being the primary reason for writing.

Do you see yourself writing more novels? If so, what have you planned for your next work?

I do. I am working on something – a bit too early to tell what it is, though!

Thank you so much for taking the time to answer my questions, Yewande. I look forward to your next novel.

Thank you Janet, I really appreciate the interest.