Willim Welsyn has translated his name to William Welfare and has released his debut English language rock album. Henry Cloete last interviewed him in Afrikaans and now tries it in English ... with dubious results.

Howzit, William. How you, bru?

Ag, you know … between the boom and the bass.

They say a rock in the hand is worth two in the bush, because you can throw it at birds and then braai the birds. How is this old Chinese proverb applicable to your decision to bring out an English album and change your name to an English name?

To answer your Chinese proverb-related question with a Chinese proverb-related answer: they say to stop drinking, study a drunkard while you are sober. Now if playing music is drinking, then being sober is not singing and playing. So I became sober, which is boring. But I still studied a new breed of drunkards and saw them drinking whiskey instead of brandy. So I ended up at a new and bigger bar with the same guitar and started singing “Whiskey in a jar” instead of “Daar’s ’n bar op De Aar”.

Of course, one has to consider many things, just like Victor Matfield doesn’t. How, for one thing, did you think about the sound you wanted to make and like think if English people like other things than Afrikaans people so maybe you must change the sound you had? And other things?

I didn’t change much on the front of the sound, but the sound changed how I fronted the new band because the new drummer in the new band (Kyle Gray) speaks English. And that’s good because I like him and he likes my Facebook statuses. The riffs are still Afrikaans, the words are not.

You’ve brought out five Afrikaans albums before this one now, which is English. What frustrating things did you experience, and do you still experience, in the Afrikaans scene that frustrate you a lot? And are there good things too? You won a lot of awards, for instance. What would you tell a group of little children about Afrikaans rock ‘n roll if they asked you all together?

I will always love, live and laugh in Afrikaans. The only thing is that when it comes to Afrikaans music there’re only a handful of people who’re willing to listen while the other people sokkie. So for that handful of people I already made five albums not sokkie about.  And maybe I’ll make more of that stuff in the future.

I won only one award. The rest were just nominations, but thanks for thinking that I did.

I would tell those kids that Afrikaans rock ‘n roll is like the Gauteng gold mines before the white people came to Africa – and that they will have a lot fun when they start digging and gigging.

I notice there’s quite a bit of humour on the album, funny stuff like the third song which is “Fat people have feelings too” and also other stuff like the last song which is “I hate your face”. This is not your first humorous thing, like for example your Afrikaans band is called Die Sunrise Toffies, which is funny as jokes. What role does humour play in your writing, your music and other things in your life? Why do you think it’s important to use it in art things?

The “Fat people” song is not a joke at all, it’s quite serious and maybe even sad. It’s about how the Western world has been force-feeding its people with so much fast food, bullshit advertising, reality TV and information that their bodies and minds have become obese balloons. And when you pop the balloon … feelings get hurt.

Have you ever seen a fat man cry while having a comfort wank in front of his computer, Henry?

And all this happens while other people in the world are poor, hungry and dumb because the balance is not right.

“I hate your face” is funny because it’s about dumb people who’ve had the opportunities to be smart, but aren’t – like people with smart phones who still believe that the world is 6 000 years old. I like funny because Louis CK is my biggest hero. Funny can be a short cut to the truth, but most of the time the truth is not funny. So the short cut serves as a fun cut in art things.

Not all the stuff on the album is funny. For example, “Train in the rain” made me not laugh but be sad. “I’m a man in despair, I can’t buy my belongings, I can’t do my repairs” … it’s a fucking great song. Maybe give us some insight into your writing process, because you’ve written like a million songs. When you happen upon a riff, how does it tell you what kind of song it wants to be? And how do you then tune the lyrics?

That song is about working hard, but still being broke and pissed off.

When I went into the studio, I had one and a half song. Seven days later I walked out of that studio with an album. I can’t really remember how it happened. It was like, “Hey, I am here now, the drummer is here, the producer is here and something’s got to happen.”

It’s nice to look back at that snapshot now and to listen to what came from the chaos. I wish I had more money and time to get an extra week in that studio, then I could’ve made like 20 songs and pick and choose the best ones like how Arcade Fire or Jack White does it. I also wish my good friend and bassist Gerhard Grobler was there. So, those songs on Shunt happened, they all made the cut, because it was all I had at that time.

We’ve spoken about the Afrikaans scene. Maybe now the English scene. You’re a journalist at Rolling Stone magazine as well, so you know the ins and outs of it all a lot. What do you think of the state of the English scene, and others for that matter? Funny, as I type this question the lyric from “Oh no” comes up where you sing “Nothing is new anymore, every little thing has been done before”. Is that applicable to what we are talking about? If not, what?

One thing is for sure and that is that I don’t see Afrikaans rock bands getting booked at festivals like Rocking The Daises, Up The Creek, RAMFest, etc anymore. The only ones that get booked are Van Coke Kartel, Jack Parow and Akkedis – and they deserve to get booked, because they are really good.

I think MK spoiled a lot of Afrikaans rock and alternative bands and then those bands started believing their own press releases, and when that channel disappeared from the remote, all those bands disappeared with it.

That line from “Oh no” is applicable if you have writer’s block.

Speaking of that job you do – it is hard, surely, to do a full-time job that is time- consuming and then also bring out a new album to promote and gig with. How do you balance your things? Or what is your game plan in this regard?

Yes, it is hard. And yes, that is what she said. I think the balance comes between not taking yourself too seriously and to get enough sleep. Having a great and supporting wife helps a lot.

You are a very experienced rock ‘n roll man who has seen things. If there was a genie that came out of a lamp thing tomorrow, but this lamp thing was in the form of a guitar amp and the genie looked like Brian McMillan for some reason and he tuned you he’s the genie of South African music and you can ask him to change three things, what would those three things be? What would you ask him to please not change?

Thanks for saying such nice things, Henry. And if there were a genie like that I would ask him to grant me these three wishes:

3. That all bands or artists with at least two albums out could get free flights and car hire when they’re on tour.

To constantly push your own boundaries and to break on through to the other side. And to make nice art things like #GeldWolf did recently. [Yo! It was hard typing in a weird Afrikaans-English accent, but was fun.] 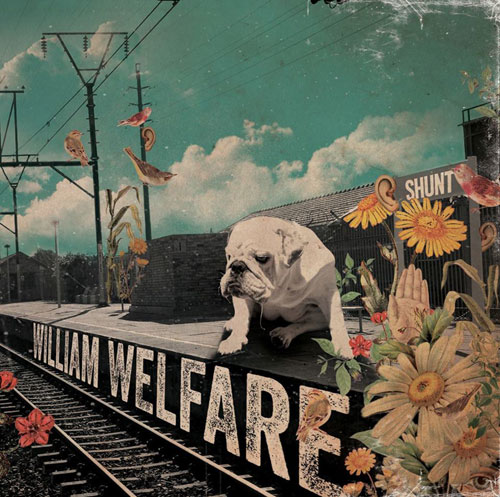