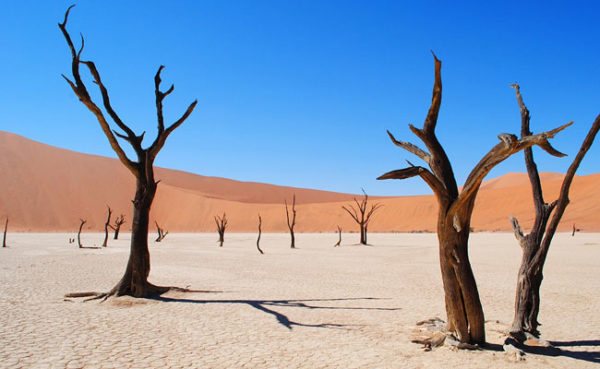 As the spreading drought across South Africa keeps the alarm bells ringing, there is growing interest in the reuse of water. Many people still squirm about using recycled wastewater generally, and especially for drinking purposes. Some are sceptical about the technical abilities of their municipalities or other water management institutions to treat, test and then safely distribute water for whatever human use. Others warn that the cost of wastewater treatment could lower the optimal scale of wastewater reuse, especially where freshwater prices are much lower. Yet the evidence is that the wastewater reuse technology has matured considerably, and that costs have dropped to a point where it makes the technology more affordable than many conventional solutions.

In a recent blog, Diego Juan Rodriguez argues that conventional investment planning, design and operating models for water are too “linear” because they assume that water is extracted from the source, treated, and used, and wastewater is then “treated and discharged in a receiving water body”. He calls, instead, for a transition to a more circular approach of “recycling  restoration, and recovery of water resources”, which requires moving from “wastewater treatment plants” to “water resource recovery facilities” (http://blogs.worldbank.org/water/wastewater-treatment-critical-component-circular-economy).[i]

Windhoek – a world leader right here in the neighbourhood

Encouragingly, we can learn from some successful experiences in this field right here on Cape Town’s doorstep. The first is Windhoek, which has been making use of recycled water for some 50 years now, and has become a world leader in this practice. It is worth taking a closer look at this remarkable achievement in the regional neighbourhood, alongside others in similar vein elsewhere.[ii]

Namibia is more arid than most countries in Africa. Its average annual rainfall of around only 350 mm per year equals around 60 percent of Cape Town’s until recently. No Namibian rivers run throughout the year, and evaporation levels have become increasingly high. Climate change has made weather patterns less predictable and drier, ranging from heavy rain storms to excessively dry years between 2013 and 2016 – abnormal even by this arid country’s own standards.

Windhoek has become – alongside Singapore – one of the most cited cases globally for mitigation of this problem. In both cities, one quarter of the water used is derived from recycled wastewater. But while Singapore uses most of the reclaimed water for industrial purposes, in Windhoek much of it becomes drinking water. Many people would expect nothing less from Singapore, that well-known e-hub of technological, business and economic achievement, but Windhoek is a source of inspiration from right here in the neighbourhood.

The city started augmenting its water supply by recycling wastewater after severe droughts in the 1950s, and by 1968 its reuse plant became the first anywhere to produce drinking water. By the mid-1990s, the impressive Goreangab treatment plant provided drinkable water on an unprecedented scale. More was to come, with a new, fully automated water reclamation facility becoming operational in 2015.

Reuse does not always mean processing of wastewater for drinking purposes, however. Windhoek installed a system in the early 1990s to irrigate sports fields and public facilities with lower-quality treated water, enabling the city to maintain good recreational facilities despite its shortage of natural water, decreasing the diversion of water from sensitive ecosystems and pollution, and using such water to create or enhance wetlands. As is the case with many other cities, Windhoek’s quality control strictly adheres to World Health Organization and other well-known water standards – hence, over this 50-year history there has not been any known water-related outbreak of disease.

Increasingly, wastewater is being used to enhance industries and power production, with less encroachment on the environment. Let’s start in the neighbourhood again – in Durban, which has reused wastewater for industrial applications. In the 1990s, facing huge pressure on its sewerage systems, the municipality had to invest in new infrastructure to increase wastewater collection, facing high cost increases. To reduce costs, they transformed the capacity of an existing pipeline in the Southern Wastewater Treatment Works that discharges treated wastewater into the ocean. Working with a private contractor, they now treat and reuse the outfall from a paper plant and an adjacent oil refinery for industrial purposes, with 85 percent of the treated water going back to the paper factory and the rest to the refinery. This required new infrastructure, but instead of the easy option of simply more disposal capacity, they have upgraded sludge processing, built a new wastewater treatment plant, refurbished the storage tank, and installed a water reticulation system that reclaims some wastewater.

There were several benefits. For the city, the immediate need for new water treatment infrastructure investment was postponed, and significantly, the sale of treated wastewater to the two industries freed up freshwater for 400 000 more people. Extra revenue from selling treated wastewater covers almost all operational and maintenance costs. The private provider’s foreign investment also introduced the latest water treatment technology to the South African market. From an environmental perspective, wastewater discharge into the ocean dropped by 10 percent. The two industries benefited because treated wastewater costs less than freshwater, and there is a lower risk of water not being available. The project has also brought home the potential of wastewater reuse to other cities and industries.

Singapore does not have enough water to meet its business and basic needs. It imports a third of its water from neighbouring Malaysia, but there are limits to its storage space. Although a tenth of its water is produced through desalination of sea water, this is too expensive to make up for the city’s lack of freshwater resources. In 2003, therefore, the city stepped up its recycling of wastewater, and today it meets almost a third of its water demand through a production process that entails microfiltration, then refining treated water through reverse osmosis to sift out remaining contamination, and then using UV light to disinfect the water in order for it to become fully fit for human use. Its purification plants serve mainly power cooling facilities and industry, but a high-profile awareness campaign is mobilising public support for scaling up human use of the water thus produced.

Malta: recycling to augment water for agricultural use

The proximity of an agricultural area to a city provides further opportunity for reuse of a city’s wastewater. In Malta, the Water Services Corporation commissioned a “new water” plant in 2017, making over 60 percent of the wastewater treated available for reuse to agricultural and industrial water users. This freed up a substantial amount of groundwater for agriculture at a lower cost to farmers than established groundwater pumping costs. The initiative is still developing, but the water and energy authorities have launched an information and marketing campaign to inform the public and agricultural users of the potential of these new water products.

San Luis Potosi, Mexico: making the most of the “water-energy nexus”

As water supply becomes more variable and comes under more stress, power plants in many countries have taken initiatives to meet their water requirements. Citizens have gained from this double-barrelled invention through more secured access to power and improved preservation of water resources. High-tech Singapore, for example, recently introduced new technology to achieve energy efficiency in used-water treatment and energy recovery from enhancing biogas production from sludge, using heat and pressure to make it more biodegradable. In San Luis Potosi, water from a nearby wastewater treatment plant has replaced the use of freshwater as input to a major power station’s cooling towers, saving millions of cubic metres of ground water. It was a win-win outcome: while the power plant gained access to a more affordable water source, the wastewater treatment plant developed a significant new revenue stream.

In the end, it’s not all about technology

Water recycling has proven to be effective and successful in creating a new and reliable drinking water supply without compromising public health, with promising prospects of becoming more common. But Windhoek, Singapore and other such cities have not left it all to their technological innovation.

Mostly, they have diversified their augmentation strategies to keep water shortages at bay, and prioritised the development of varied water infrastructure. Some have been recharging aquifers – in California, for example, through spreading or injecting recycled water into aquifers to augment groundwater supplies or to prevent salt water intrusion in coastal areas.

Is recycling for reuse not too costly?

There certainly are cost factors, such as expensive outside wastewater reuse technology perhaps needed at the outset, or the energy intensive nature of aeration in wastewater treatment which may push up costs. On balance though, one should remember that water reuse simply entails recycling treated water that would otherwise have been disposed of. The added cost of recycling should not, therefore, be measured by the whole treatment train, but only by the difference between this and incremental treatment procesess. Some savings are possible too. A 2012 study in California[iii] showed that locating water reuse systems near wastewater treatment plants, or having smaller decentralised plants close to customers, could reduce costs. The World Bank’s Uncharted Waters report in 2017 also points out that the costs of wastewater recycling can be offset by its by-products, such as capturing biogas from the treatment process for energy purposes, and by developing sludge by-products like fertiliser, cement and fuel. Recycling therefore offers opportunities not only for closing the water cycle, but also for reducing carbon emissions, energy costs and environmental pollution.

In Orange County, California, joint planning between the bulk water and sanitation agencies brought home wastewater reuse as a key cost saver for both water and sanitation service providers. In Brazil, aligning storm water drainage and solid waste management has improved wastewater treatment by controlling the inflow of storm water and urban waste entering the wastewater treatment system.  Planning for urban development can also facilitate future service provision, which is why Windhoek wants to promote the decentralisation of industrial growth to alleviate pressure on water resources in certain concentrated zones of its service area. By contrast, the Singapore Public Utilities Board is one of the few agencies in the world that manages all aspects of water resources, enabling it to link water source diversification and the planning of other urban services.

Winning over public opinion is crucial

In Singapore, public acceptance of wastewater reuse depends highly on continuous communication on understanding among regulators and other stakeholders of technology and potential impacts. Windhoek continues to brief the media and the public about drought conditions and articulating the bases for pricing decisions.

The maturing of wastewater reuse technology has made it safer and more affordable, even though it is not yet a consistently low-cost option. Nonetheless, instead of relying purely on their technical achievements and cost reductions, impressive as they have been, almost all the cities that have successfully mitigated water shortages have ferociously been reducing the demand for water through a combination of raising public awareness, being transparent with the public and industries, developing financial incentives for saving water and taking punitive action against wastage, and carefully including the protection of water resources and expansion of storage capacity as a part of urban planning.

[i] The author wishes to acknowledge the growing body of work produced on this subject, including the World Bank’s Water scarce cities: thriving in a finite world (2018) and Uncharted waters (2017); H Yang and KC Abbaspour’s 2007 Analysis of wastewater reuse potential in Beijing; and a recent  blog by Diego Juan Rodriguez  (http://blogs.worldbank.org/water/wastewater-treatment-critical-component-circular-economy) on “Wastewater treatment: a critical component of a circular economy”. Feedback from Stephane Dahan on an earlier draft also added important technical perspectives.

[iii] The US National Academies of Sciences, Engineering and Medicine produced an in-depth report in 2012 titled Potential for expanding the nation's water supply through reuse of municipal wastewater.