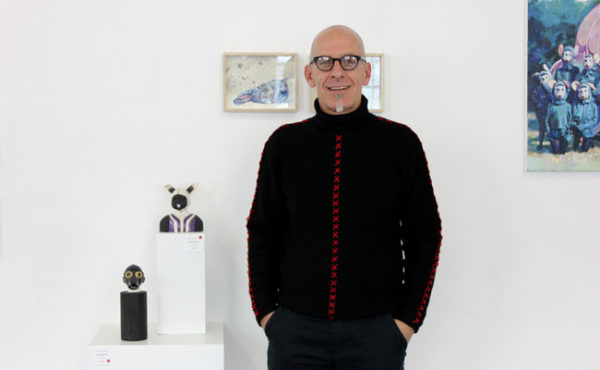 “Fighting for peace is like screwing for virginity,” the popular Vietnam-era quote reads.

Tackling the traditional patriarchy of war in a powerful, yet detailed and symbol-rich, exhibition, ceramic artist Mark Chapman’s Peace corps revolves around the themes of female warriors and the trappings of war.

“I wanted to illustrate the conundrum of waging war to establish peace,” he reveals.

His war story is told in exquisite detail through refined clay studded with hints of whimsy, aspirational messages and the ultimate wish for peace.

“I've used woman soldiers because they would be more likely to find peace than men would. Women would talk before fighting. As someone said, 'War stops when talking starts.'” 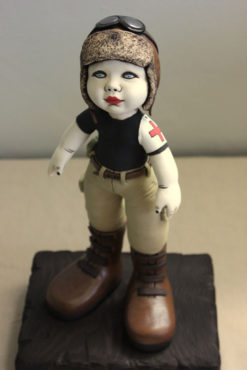 "The medic" by Mark Chapman

The irony of the “screwing for virginity” slogan, Chapman continues, is that virginity is generally associated with women.

“I think a war with women would be short-lived. The devil really is in the detail, without being overstated. Women are inevitably victims in a war, and by making my warriors women, I've softened the reality of war. Each piece has subtle touches and symbols of peace.”

While they are experiencing Peace corps during this year’s Woordfees festival, Chapman says he hopes visitors will take the time to find enjoyment in the detail and subtleties of the exhibition’s war-peace theme.

“My pieces are whimsical, cartoony and have a childlike beauty. Hopefully the visitors will walk away with smiles on their faces.” 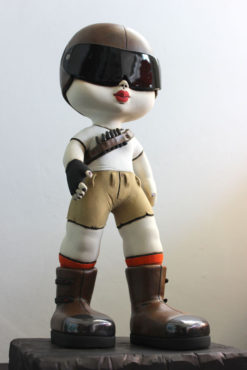 "The pilot" by Mark Chapman

Peace corps can be seen at the Hofmeyer Hall in Stellenbosch (3 to 11 March), every day between 09h00 and 18h00. See www.woordfees.co.za or www.facebook.com/sculptureandstuff.