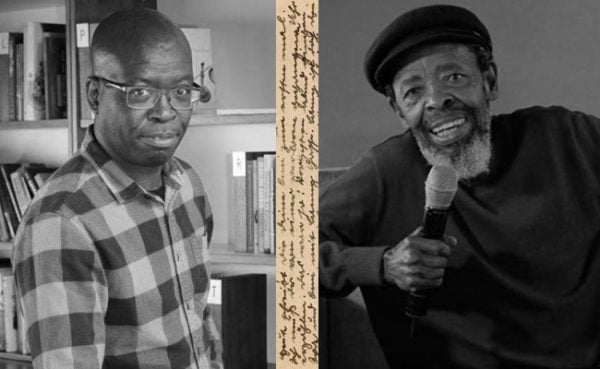 "...somewhere on this continent
the voice of the ancients warns
that those who shit on the road
will meet flies on their way back." – Keorapetse Kgositsile, No serenity here (2008)

Ah, Bra Willie, it is hard to believe you are gone. This, at a time some people were just waking up to the realisation of what a literary and intellectual powerhouse you were.

It was when our comrades at universities and in civil society took the campaign of decolonisation to a higher level that your name came to popular consciousness – deservedly so. Some had assumed you were long dead. Others, who might have seen you on TV some time ago in your capacity as a spokesperson for the department of arts and culture, were not aware of your contribution to the debate on decolonisation in general, and decolonisation of the academy in particular.

Thus apprised of your contribution, they started talking about you and your work. Gradually, it dawned on many that the decolonisation campaign was not born yesterday. That it did not start and shouldn’t end with #FeesMustFall. That many of you had, over the years, been using your poems and academic papers as chisels and hammers, chipping away at the colonial edifice, taking it apart brick by brick.

I was heartened by the realisation of many that all the young generation needed to do was dip into your intellect and swim in your poetry to appreciate better the work that has been done. There was no need to reinvent the spear. The time was to accept the spear from the hands of the elders, and charge forward.

I was happy to see you being invited to talks and seminars on the subject. To see you running writing workshops. I was happy to interact with people across the ideological divide quoting your poetry. It was about time.

I can stand on any platform, anywhere in the world – because you were a poet of international stature, although many of your fellow South Africans did not know this – and say: your legacy will not fade away easily from the minds of those who were familiar with your work, in the arts and in politics; those who love this country; those who speak truth to power. You inspired us.

Having “encountered” you through your work (which was banned in this country, by the way), I was first introduced to you personally by my mentor, Mafika Gwala, at a cultural workers’ gathering organised by the Congress of South African Writers in 1991. Young and impressionable, I was too stunned even to engage you in conversation. It’s not every day that we encounter our gods in the flesh.

In the ensuing years, I would follow you through newspaper reports.

Imagine my excitement when, in 2003, I suddenly bumped into you at the offices of ThisDay, where I’d just started working, only to discover that you already were a staff member of the newspaper.

I had to keep pinching myself: every day, I am going to be inhaling and exhaling the same air as this living legend. I would see you at your desk every day, or in the tea pause area engaged in conversation with that other beautiful poet, Sandile Dikeni, who also was on the staff.

I was humbled by your turn of phrase and your witty comebacks to almost everything that was thrown your way. Every time you encountered us in the tea pause area, you would say, “Okay, comrades, whatever it is you were talking about, whatever topics you were trying to tackle must be carefully considered now that kgosi itsile [the king has arrived].” Yes, many of those who don’t speak your mother tongue laugh whenever I tell them that the English translation of your Setswana surname is: the king has arrived. Kgositsile.

And the stories you told – oh, my God. One of them still stalks my memory: you, Hugh Masekela and other exiles found yourselves suddenly homesick in New York City sometime in the ’70s. Someone came up with a plan to ameliorate the homesickness.

An elaborate scheme was made to go and purchase a goat from a farm which had been spotted on the outskirts of the city. Indeed, the troops sallied forth, bought the goat and, dressing it up in clothes so it looked like a sick human being in the backseat of a car, brought it back into the city.

At the apartment in NYC, the goat was slaughtered, township-style, in a bathtub. The troops proceeded to quarter the beast and cook it. The story would have made a good piece of short fiction if it were not true. Masekela also recounts it in his splendid autobiography, Still grazing. Although you did not write your own memoirs, I am heartened to learn that Stellenbosch University academic Uhuru Phalafala, who completed a PhD on your work, is finalising her biography of you. You deserve that. And more.

Bra Willie, to ThisDay you brought intellectual depth which, in my many years as a journo, I had not encountered in a newsroom before.

In the middle of a discussion about an editorial comment that had to be written, you would start telling us what Pablo Neruda said. Or Langston Hughes. Not because you were name-dropping, but all of this in an attempt at shoring up an argument you were making for the editorial comment we were writing.

Over coffee, you would casually talk about the mechanics of poetry. I am not a poet – don’t believe Mzwakhe Mbuli, poetry is tough – so, I would just sit back and bask in your wisdom. Every sentence you uttered was a poem.

Bra Willie, you made no bones about your allegiance to the ANC. Refreshingly, however, you never allowed this to blind you, to blunt the scalpel with which you attacked hypocrisy, corruption and disloyalty, wherever these scourges showed their ugly heads. Bra Willie, you were a writer's writer, a political activist’s political activist. But, you never were a demagogue.

At a memorial service in your honour, held at the Market Theatre on Friday 12 January, one of the speakers, an American woman, told how she’d been inspired and mentored by you in her home country; how a group of black American youngsters were so besotted with your work that they named themselves after a line from one of your poems. They called themselves The Last Poets.

As it happens, the first time I listened to the spoken poetry of The Last Poets was in 1982, thanks to Mafika Gwala, who had their LP Jazzoetry. As it happens, The Last Poets are now recorded in the annals of history as the fathers of American rap. What, then, does that make you?

I was humbled by Mandla Langa’s tribute to you, as published in the Sunday Times of 7 January. Bhut’Mandla wrote, in part, about the role of your poetry in society: "We have a responsibility to the coming generations. Or ours will be the restless bones, writhing from the curses of betrayed youth."

Oh, Bra Willie, are there some clones of you hiding somewhere in the wings? We need more of you; we need more like you!