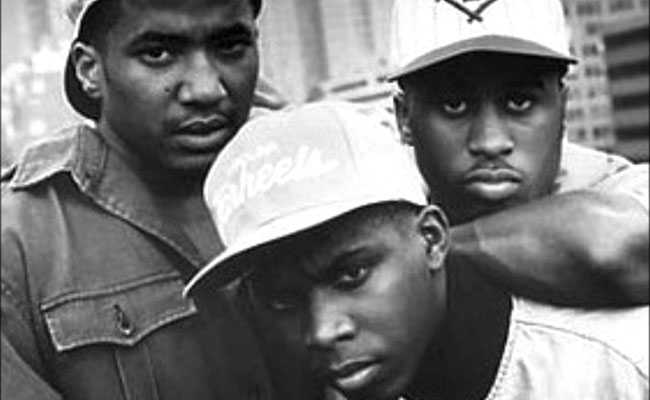 The most important hip hop album of 2016 – and one of the biggest releases of the year – dropped in the same week Republican Donald Trump stunned the world with a surprise presidential victory over Democratic rival Hillary Clinton. This release is significant, because it is taking hip hop back to its roots: a cultural form that addresses the issues of the historically disenfranchised, with the ability to chisel out a space of belonging in a world where many people are made to feel the opposite.

We got it from here … Thank you 4 your service is the first studio album release by legendary hip hop crew A Tribe Called Quest (ATCQ) in 18 years, which in itself is noteworthy. MC’s Q-Tip and Phife Dawg put their apparent ongoing personal rift aside to rejoin DJ and producer Ali Shaheed Muhammad for this recording of the group who originally formed in 1985. Phife passed away in March this year at the age of 45, after recording some of the tracks for the album, with many fans feeling his passing went largely unnoticed in the mainstream media. We got it from here … Thank you 4 your service will thus definitely highlight the talented Phife’s untimely death as well as being the original crew’s last release.

But whether you’re a hip hop-head or not, there are reasons to take note of this album, and its being released in the same week as Trump’s victory, in a year that also gave us separatist, divisive movements like Brexit, makes it all the more relevant.

During this past weekend’s episode of Saturday Night Live (SNL), hosted by veteran comedian Dave Chapelle, ATCQ were the musical guests for the evening. Being the first post-election episode of a show that, in the run-up to the election, had been mocking Donald Trump in the form of Alec Baldwin’s apt impersonation of the billionaire, the show had a subdued tone, even more so with Kate McKinnon (in her now famous Hillary Clinton garb) opening the show with a beautiful rendition of the poetic “Hallelujah” by Leonard Cohen, who passed away at the age of 82 this week.

Although SNL is known for paying homage to departed icons, this was more than a tribute to the talented legendary poet-singer that was Cohen. McKinnon signed off her cold opening with the words: “I’m not giving up, neither should you.” Watching this one might interpret McKinnon’s teary-eyed message not only as the words of her Hillary character, echoing Clinton’s concession speech, but as a sincere message of hope amidst a time of global division and confusion.

Chapelle then launched into a monologue longer than the show’s weekly hosts normally deliver, addressing Trump’s victory and with it the divisions this election exposed within the American society (and one might add the world at large). Said Chapelle: “America’s done it, we’ve actually elected an internet troll as our president.”

But Chapelle was quick to point out that this is not the only problem facing American society, candidly speaking also about this past year’s shootings in the States. The first skit of the episode, “Election Night”, further addressed the disillusionment of many liberal Americans upon realising that many of their fellows might not be as forward-thinking as was possibly their optimistically held belief during the administration of their first African American president.

Enter ATCQ as musical guests with “We the people”, a powerful track reminiscent of old-school, conscious hip hop, and MC Q-Tip addressing the crowd with the words “We are all one” before masterfully spitting rhymes. And then comes the hard-hitting chorus candidly commenting on the intolerance which not only characterised Trump’s campaign marked by inflammatory rhetoric, but in his election as president is consequentially exposed as not being limited to the sentiments of one man alone: “All you black folks you must go/ All you Mexicans you must go/ And all a’ ya’ poor folks you must go/ Muslims and gays, boy we hate your ways/ So all you bad folks you must go.”

This is conscious hip hop at its core.

The ground-breaking scholar on hip hop, Tricia Rose, who was the first to do a major academic assessment of hip hop in her 1994 book Black Noise, observed: “Hip hop is a cultural form that attempts to negotiate the experiences of marginalization, brutally truncated opportunity, and oppression within the cultural imperatives of African-American and Caribbean history, identity, and community.” Ten years later Patrick Neate echoed Rose’s sentiment in the book Where You're At: Notes From the Frontline of a Hip Hop Planet, asking: “In an era of ‘post-democratic’ Western governments, aren’t marginalisation, truncated opportunity and oppression pretty much the essence of issue politics?”

The answer to Neate’s question is today unfortunately still a resounding yes. And whether it may be true that many rappers are merely using the symbolic capital of hip hop for its commercial potential (with the debate on cultural appropriation in this regard ongoing), or youths feeling disenfranchised are looking to this symbolic capital as a tool in the expression of their identity (a sentiment I share with Neate), at the heart of hip hop lies the experience of alienation from the establishment.

Apart from boasting smooth old-school bass beats and the scratchy texture of hip hop at its inception, a line in “Whateva will be” on We got it from here … simply and clearly echoes these woes: “Fuck you and who you think I should be.”

However badly we want to believe that the world has changed in the last four decades since hip hop’s early days, however hopefully we want to look to the future and not give up hope as Hillary Clinton pleaded during her concession speech, the truth is far more unfortunate than we want to know. The disenfranchised everywhere are still stuck on the same desperate threshold where rap pioneers found themselves when Grandmaster Flash* and the Furious Five released what is widely accepted as the first ever conscious hip hop track, “The Message”, in 1982, with the famous line: “Don’t push me, ’cause I’m close to the edge”. And MC Melle Mel rapping:

A child is born with no state of mind
Blind to the ways of mankind
God is smilin’ on you but he’s frownin’ too
Because only God knows what you’ll go through
You’ll grow in the ghetto livin’ second-rate
And your eyes will sing a song called deep hate.

It could just as well have been Melle Mel on the stage this past weekend resounding the song’s famous chorus: “It’s like a jungle sometimes/ it makes me wonder how I keep from goin’ under.”

But it should be noted that even academics like Tricia Rose agree that hip hop plays a role in expressing pleasures as much as problems. And while We got it from here … manages to aptly highlight the continuing marginalisation of minorities, it showcases how hip hop can create a space of not only agency amidst adversity but also enjoyment, as the late Phife Dawg aptly rhymed back in 1993 in “We can get down”:

We rap about what we see, meaning reality
From people bustin’ caps and like Mandela being free
Not every MC be with the negativity
We have a slew of rappers pushin’ positivity.

Watch the lyrical video of “We the people” here:

* One should note that although credited, Flash himself did not take part in the original recording of this track. 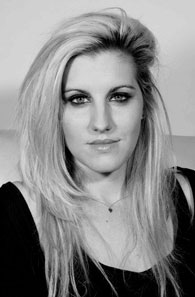