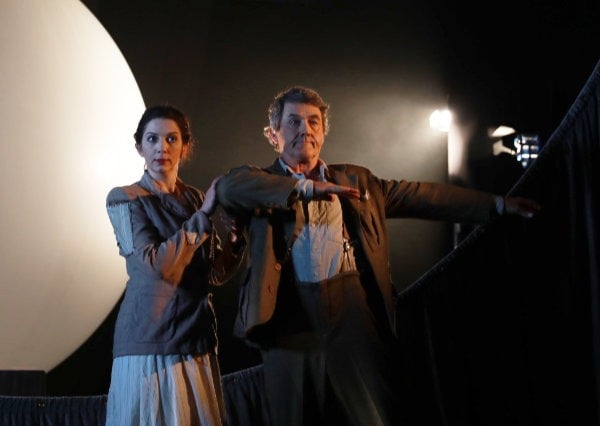 It’s the kind of theatre I would show someone when I want to introduce the magic and showcase the extraordinary class of artists and artistry we have in this country.

With artists tip-toeing into the theatrical landscape once again (some live and others on screen), one couldn’t think of a better homecoming than the coming together of artists Sylvaine Strike and Andrew Buckland with Toni Morkel guiding their performance.

And as a bonus, and not a scant one at that, Jaco Bouwer capturing the final product on film. The instruction from Woordfees director Saartjie Botha was that she wanted “body and craft and what the actor is”.

She further instructed that they should create something to show audiences why theatre is unique and exciting. No big sets, audio-visuals or multi-media, only pure theatre.

They complied with magic and mastery and in this instance all the elements collided and fused. It’s uncanny how they found a way to play into the medium even if they initially created it for the stage.

To capture the essence of this particular story, Strike explained in a previous interview that the names Ferine and Ferase derive from two chemical components luciferin and luciferase which exist in a firefly’s bum and make it glow. “So one without the other can’t make light, they have to be together to glow. Lots of fireflies in this show,” she adds.

From the minute they appear on the screen, Strike and Buckland together make perfect sense. It’s the almost storybook look, the elegant yet audacious movement, the expressive eyes, the sensitivity and sensibility, and the compatibility and sympatico that take your breath away.

Starting with the story which Morkel, Strike and Buckland conceived and was then written by the two actors, not only is it compelling with a strong “once upon a time...” quality but it also jumps and shifts in moods – mystical, mysterious and magical – and expresses a playfulness that spirits you away. 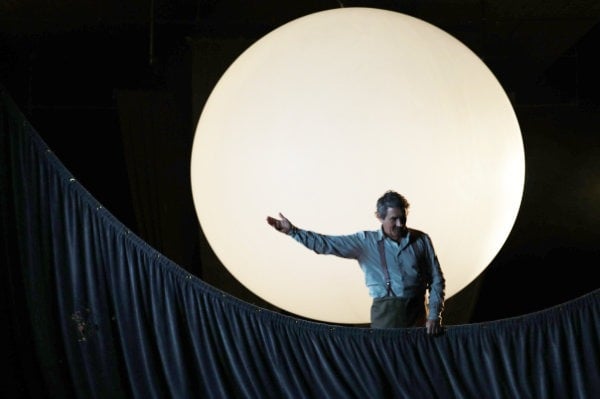 It’s both childlike and sophisticated in its execution in a way that only the fragility and finesse of these two performers could pull off. The detail, the daintiness, the dalliance with their audience every once in a while is sheer delight and has one screaming with laughter. And yet it also lingers in its tenderness.

This is imagination writ large as not one talent but many coalesce for a moment in time to show exactly what theatre (live or otherwise) is supposed to be. Strike has in recent years done more directing than acting and we need to see much more of her. She understands the genre in which they chose to tell the story and with her companion in play, Buckland, they underline every move, twitch or sleight of hand to make this as compelling and compulsive as is humanly possible.

Watching them sparkle at play is to understand perfection and how hard they had to work to make it look this easy. But these are two professionals and with this one they display their extraordinary tools of the craft and their ability to transport you to a time and place you have never been before –and want to stay. 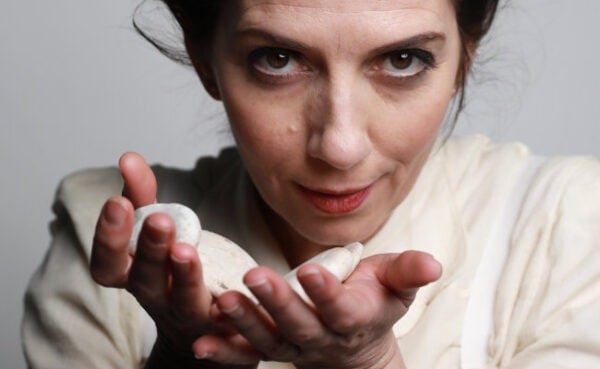 It’s the kind of theatre I would show someone when I want to introduce the magic and showcase the extraordinary class of artists and artistry we have in this country.

Think a full moon, a shimmering river, a crooked house with a crumbling facade and a magnificent mansion on the hill where a countess holds sway. And then add the glow-in-the-dark fireflies, a rather obnoxious entomologist and a sylphlike woman who lines her pockets with pebbles so that she doesn’t suddenly take flight.

As their hearts sing and your eyes smart as you hold back the tears – both in melancholy and merriment – you know this is one of those shiny nuggets you want to keep in a special place.

Both Morkel in directing and Bouwer in capturing this on film (brilliantly shot by Van der Walt) worked miracles, because they understood how and why the story was being told and how miraculously it should unfold.

In typical silent movie fashion, there’s also a piano player and genius muso Tony Bentel knew exactly how to complement Buckland and Strike’s every move and mood in both the arrangements and performance. In fact, the way sound is introduced is simply a masterstroke – time and time again.

And if anyone tells you it is not about the detail, ignore that. The work that has gone into every second and scene of Ferine and Ferase contributes to a theatrical experience that reels you in and bowls you over, encourages you to participate heart and soul, introduces you to a fantastic universe that’s both charged and charming.

And if anyone tells you it is not about the detail, ignore that. The work that has gone into every second and scene of Ferine and Ferase contributes to a theatrical experience that reels you in and bowls you over, encourages you to participate heart and soul, introduces you to a fantastic universe that’s both charged and charming, while Buckland and Strike in costume and character simply steal your heart and hold it tight from start to finish.

There are ravines, waterfalls, black holes and people who are gone – and even gone-gone. But more than anything, this one has showers of fairy dust that keep on giving – gently.