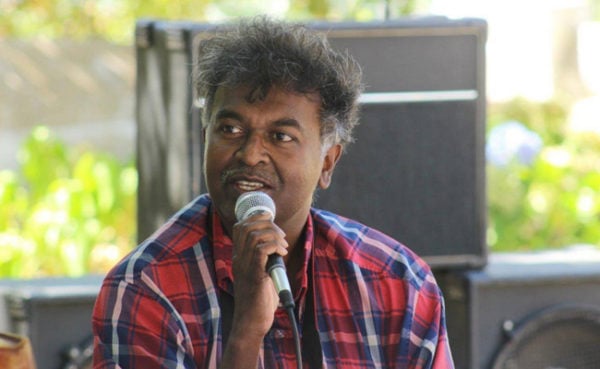 We are all so preoccupied with the corona pandemic that we fail to realise the existence of a far more deadly virus. Since the start of the new millennium a plague far deadlier has entered the body politic of South African society. It is euphemistically referred to as “the three-letter plague”, out of fear of calling it by its real name: the ANC.

The ANC plague has destroyed a country in just two decades. The precise infection path is blurry. But what we do know is that this three-letter plague leaves destruction in its wake wherever it takes over. This plague is responsible for the scourge of violence and abuse against women and children. It is jointly responsible for one of the most unequal societies in the world, admittedly together with the former National Party. It is responsible for one rape of a woman every 26 seconds. The ANC Ministry for Communicable Diseases will dispute the link and this figure – they will tell you it is one woman every 36 seconds! But when the three-letter plague is directly responsible for an unemployment rate of nearly 30 percent, social scientists will confirm that these are the symptoms you will see.

This, too, the ANC Ministry for Communicable Diseases will try to refute. They will tell you it was apartheid. But when you plunder billions from the country, all these charges lead directly to the door of the three-letter plague. When this plague blocked every motion in parliament and protected a most virulent strain of the virus known as JZ time and again for almost a decade, can you blame people for believing this ANC plague is responsible for the capture of our country and for holding its people hostage simply to feed their greed?

This is no more clear in the plague’s greed that sees it devour food meant for poor school children by stealing monies meant for feeding schemes. Its gluttony knows no bounds, as was evident recently when it was found to be stealing food from the mouths of the hungry and starving brought on by the corona pandemic.

This three-letter plague is also responsible for a few strange symptoms. It causes blindness in its followers. No matter the visible dangers that this three-letter plague poses to them, they embrace it. They fanatically adorn themselves with the paraphernalia of this plague. The yellow T-shirts, the caps and flags. Maybe it is because they know their emperor is naked and try to cover his shame by waving these flags. Or maybe it is to try to wave away the stink that emanates from the plague.

The three-letter plague does have one positive outcome among its corpus, though: It results in spontaneous, harmonious singing. Yes, wherever you find the people infected by the plague you will also find them worshipping the plague. The non-infected people suspect the three-letter plague has hypnotic powers. For whenever the infected are about to mutiny, one of its ministers will shout the word “Amandla!” and raise his or her fist in the air. And the people will meekly shout back, “Awethu!” Even if they had come with knobkerries to try to beat the plague into submission, this singular incantation of the word “amandla” seems to drain all the power from the people. Linguists suspect the word “awethu” is derived from the Germanic “Ah, where to?” and is thus a cry for help.

The plague seemingly also shows a hatred toward people with white and brown skins. At gatherings the plague incessantly denounces white people. It has developed an extensive lexicon to refer to such people: White monopoly capitalists. Boers. Colonisers. Imperialists. Nazis. But despite this hatred they love the European brands, such as Karl Lagerfeld, Hugo Boss and Mont Blanc. Their henchmen all insist on car allowances in excess of R1 million. Only the German brands of BMW, Audi, Mercedes Benz and Porsche are good enough for the three-letter-plaguers and the disciples of Karl Marx. White pigs. White racists. White bitches, they chant.

However, what has scientists completely bamboozled is the large cohort of founding fathers of the plague who have white spouses. Never in the history of mankind has the world known a disease whose disciples espouse hatred of the white man but love for the white woman.

And so let us as a country pray:

God bless Africa
Guard her children
Guide her leaders
And give her peace … from the three-letter plague, the ANC