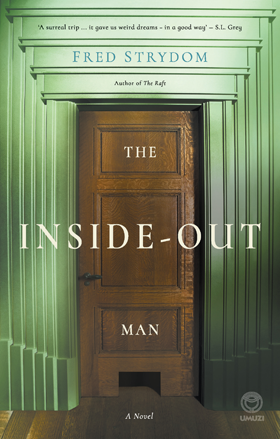 Fred Strydom’s The inside-out man, nominated for the University of Johannesburg (UJ) Main Prize for South African Writing in 2018, is a Salvador Dali meets Quentin Tarantino mind twister. Perspectives somersault from all directions, and the many storylines spin vertiginously. Yet, there is nothing unfathomable about Strydom’s chronicle. The story unfolds in a surprisingly coherent way, the dialogue filled with wacky nihilistic quips.

Bentley “Bent” Croud, an accomplished jazz pianist, is eking out a meagre existence, living only for the moments when he can lose himself in his music. These opportunities only come when he is performing three nights a week in some of the city’s more seedy establishments. After a performance one night, he receives an unexpected offer from a wealthy patron, and before long gets drawn deeper and deeper into a quicksand of incidents. Is Bent a modern-day Van Hunks, who inadvertently made a deal with the devil? Who will win this time?

In the first part of the novel, one cannot shake the feeling of a sinister presence, a puppeteer watching, waiting to reveal itself, flashing and snapping its teeth behind the scenes. Yet, the story remains unpredictable throughout, and the narrative has the hallucinatory quality of “life is but a fever dream”. Somewhere towards the middle, the narrative shifts. One is no longer sure which character is complicit and which not. Even the hapless Bent, whom the reader warms to initially, sours somewhat. 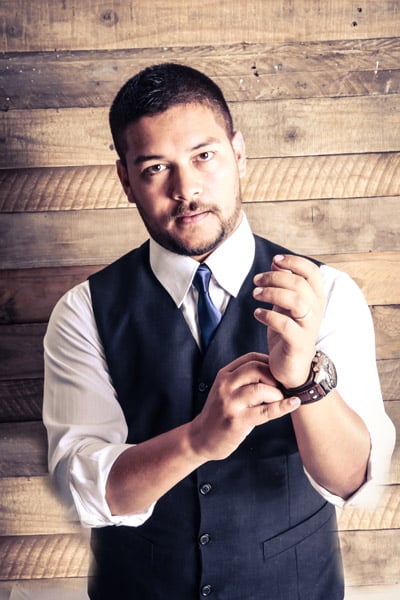 Strydom paints a pulp fiction South African city, combining its mercurial weather patterns with illusory imagery and a disarray of unusual characters. The story conjures up memories of the devil and the eponymous Van Hunks smoking on Table Mountain. There is even a popular waterhole called Van Hunks that features in the story. Ghoulish symbolism abounds. A student turns demonic in a pub. A shape-shifter metamorphoses. Warping walls, macabre paintings, flesh, tongues and many variations of teeth, all set in haunting surrealism.

Through the author’s dexterity of storytelling and astute turn of phrase, each sentence becomes its own canvas, and yet the storylines blend effortlessly. The inside-out man cannot be typified as a dystopian psychological thriller alone. It contains existential reflections that leave one in a state of introspection long after the finish line, a decidedly disconcerting place. This novel is not to be missed if you enjoy a truly South African story with fangs.

(This is Fred Strydom’s second novel. His debut is the dystopian novel, The raft.)