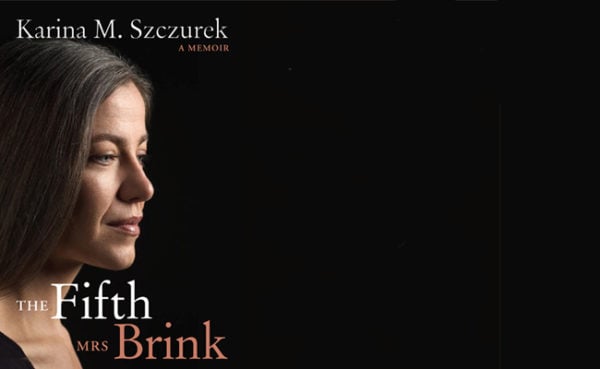 Karina, let me ask you about the title of your book: The Fifth Mrs Brink. Please elaborate on this.

After we got married in June 2006, André and I were interviewed by Erns Grundling for Insig. During the interview, I teased André that if I ever wrote a memoir, I would call it The Fifth Mrs Brink – since I was, indeed, André’s fifth wife. He found the title amusing, and we often mentioned it in the following years. It seemed only right to use it for the book. And, it feels magical that the photographer, Antonia Steyn, who took our pictures for the Insig interview in 2006, also took – ten years later – the portrait of me which features on the cover of the book.

You have written other books, as well. Why did you write this book?

I wanted to pay tribute to André and the ten years we had together. The stories I share from my life before I met André and after he died are only there to illuminate why that decade was so defining for me, why I will treasure it for as long as I live.

If you had to write this book again, what would you change?

Is this book about André Brink?

It is a book about André, the way I knew and loved him. It is definitely not an exhaustive biography or a critical assessment of his remarkable literary achievements. It is homage to the man I have had the honour of loving and being loved by.

Flame in the Snow was the book about the love letters between André Brink and Ingrid Jonker. Is this book your love letter to André?

No. The love letters I wrote to André he received while he was alive. André and I shared a love correspondence of ten months (between December 2004 and October 2005) before I moved permanently to South Africa. I have been asked whether I would be prepared to have our love letters published, and I said yes; I just do not know when this will happen and how to go about it. Initially, I thought that I would be a hypocrite to curate the publication of Flame in the Snow and then be somehow precious about or reluctant to do the same for our own letters, but, as a friend pointed out recently, there is a difference between the two publications. When it comes to our letters, one of the correspondents – I, myself – is still alive. It is something I am considering at the moment, and I do not have ready answers yet. 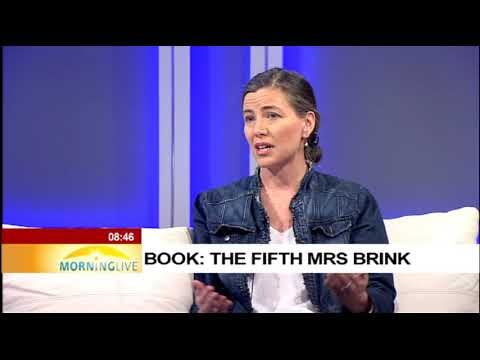 I am a woman who lives passionately and finds most meaning and beauty in people and words.

Are you the same person you were before you met André?

Definitely not. I have grown as a woman and a writer, and have been innerly enriched on many levels by knowing and loving André.

Are you the same person you were before his death? What changed?

Everything changed after André’s death. It reconfigured my entire existence in ways that I am only beginning to understand.

Talk to me about love.

Love is everything. It is the most precious thing that we are capable of as humans.

You met André when you went to pick him up from the airport in Vienna when he was visiting Austria for a symposium you co-organised at the University of Salzburg. Love at first sight. Why him, do you think?

Some things are meant to be. This is what our encounter felt like. But, we were both willing to take the risk, and we fought hard for what we recognised as that rare thing – true love, kind and unconditional.

Why did you decide to stay on in South Africa after his death?

This is now my home, and I hope that South Africa will never want me gone, because I love living here, despite the country’s many challenges.

André was well known in English circles, but his primary readership was Afrikaans readers. Do you agree?

André’s work was translated into thirty-six languages. He had many faithful readers, not only in the English-speaking world, but also in Scandinavia and – especially – France. But, in South Africa, Afrikaans speakers formed André’s primary readership.

What are your favourite pastimes and hobbies?

Reading is the activity I engage in most. Writing will come second. I love walking and swimming, and I love watching others play rugby and tennis. I cannot imagine a life without music. And, everything is better when good friends and loved ones are there to share it.

Where is [your] home, and why?

An old Victorian house in Rosebank, Cape Town, where I live with our three cats, Glinka, Salieri and Mozart. It is the first time in my life that I am allowed to keep my home, that no one is taking it away from me. Until I moved here, I led a very migratory existence.

We all know how this book ends. Do we? Please elaborate.

It ends with light and hope for a kind future.

And now. Tell me about the future. (As if anybody can do this.)

No matter what it brings, I know that I want to learn from all the mistakes I have made in the past, before I met André and after his death, and I want to build on all the goodness and love that I experienced while I was married to André. If I make mistakes in the future, I want them to be new ones, and then I want to learn from them, too. I will continue writing; words give meaning to my existence. I promised André to live and love. I have failed in many respects in the last two and a half years, but I am not giving up hope that there will be unconditional joy in my life again. I owe it to myself and the people I love. Anything else would be a failure of the imagination.

Be kind, and if you are lucky, it will reveal itself.