Naomi Meyer chats to Edyth Bulbring about her book The choice between us, published by Tafelberg. 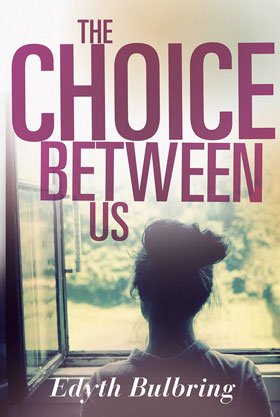 A story of two girls living in Johannesburg. Two acts of betrayal, set more than fifty years apart. Jenna Moore, a troubled fifteen-year-old, is packing up her Aunt C-C’s Johannesburg house. She prises open a locked drawer and finds an old letter addressed to her aunt. One of a few words stands out clearly: MURDERER. As Jenna discovers the clues which reveal the secret her aunt has attempted to keep hidden all her life, she is forced to confront her own shameful act of betrayal.

Edyth, congratulations on The choice between us. I loved the book. What inspired you to write the book/stories of both your main characters?

I attended a photographic exhibition at Museum Africa in Johannesburg in 2014. One of the photos was taken by Eli Weinberg in 1956 on the first day of the five-year treason trial. A group of domestic workers are holding placards (“We stand by our leaders”). A chubby white boy wearing shorts and sandals, perhaps aged nine or ten, stands with them, his one hand clutching his elbow. He looks slightly bashful. Several of the women gaze at him with such indulgent affection. I could not get that photo out of my head. I always wondered who the boy was and how he came to be there. The photo was the spark for this book.

One of your main characters is a nine-year-old girl from the 60s. The phrases she used, her frame of reference ... all of it feels like a different time. And yet she seems alive now, in the sense that she is authentic. How did you do your research about this time?

The research took place over a number of years. The best part was interviewing people who were either children in Johannesburg during 1963, or who were adults and were politically active, or worked in the city. I drew from their lives and memories. I visited the houses and streets where the activists lived and visited the parks and old buildings to get a feel for the places where events in the book took place. 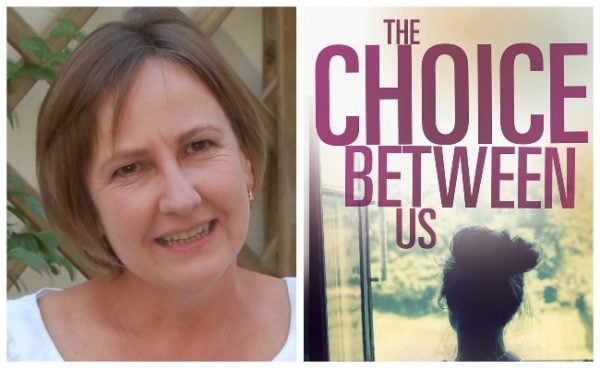 I drove the old road to Pretoria and stood outside the Palace of Justice where the Rivonia Trial took place. I also read a lot of autobiographies and of course spent a lot of time in the National Library in Cape Town paging through stacks of newspapers, reading news reports, but also adverts, weather reports and radio programmes.

Memory is a traitor and the fact-checking was a complete minefield. For example, pantyhose were not available in South African shops until 1968 and black plastic garbage bags were not used in 1963. I spent a lot of time verifying very trivial facts – and being mindful that we are living in a time of fake news, I tried to stick as close to the truth as possible.

I want to keep the focus on Margaret, the girl of 1962/1963. How did you manage to create a humorous, likeable and entertaining character in a time and during the years you describe? Because it was fun to read her story, even though it was terrible! Tell me about Margaret.

There are bits of me in Margaret. Although my childhood took place in Port Elizabeth during the 70s, as a nine-year-old I too was abhorrently oblivious to the political turmoil and social inequalities around me. And like most white children, I also had several “nannies” who looked after me and seemed to care about me. I can never get over how strange and complex these relationships were in the context of apartheid.

Who is your ideal reader? In your opinion, is this a book for young adults?

I am not really conscious of setting out to write YA fiction. I just set out to tell the story I want to tell. The whole genre concept didn’t exist fifty years ago and tags like YA are given to books by booksellers. I consider the best sort of book to be the one that tells a story everyone enjoys and can relate to.

“Memory is a traitor and the fact-checking was a complete minefield.”

This is the kind of story I love writing. And although this book may be shelved in the YA section in bookstores, I think it as a book for all South Africans, for both adults and teenagers (and for people who are not South Africans as well).

On reading it, I think some people will reflect back to their childhoods and think about how they might have done things differently. And the book may provoke thoughts about how we can do better going forward.

Turning to Jenna, the fifteen-year-old from contemporary Joburg. What inspired you to write the story of this most wonderful character? Again: for somebody living in such horrible circumstances and with a mother like hers, she is extremely funny and lovely – and the choices she makes are really bad (but completely real). Do you have teenagers yourself?

I have three children, and while they were growing up they would tell me about the things that happened to them. They seemed to lead far more interesting lives than me. But being able to write from a teenager’s perspective is not too difficult as I think the teenage years are the most formative time of your life. It is during this time that you feel most intensely and the memory of these feelings never leaves you. I suppose this is the reason why YA fiction is read by more adults than young people; the teenage experience still resonates. And while, of course, today’s teenagers’ experiences are different to the ones I had, the stories of love, hope and betrayal are still the same. 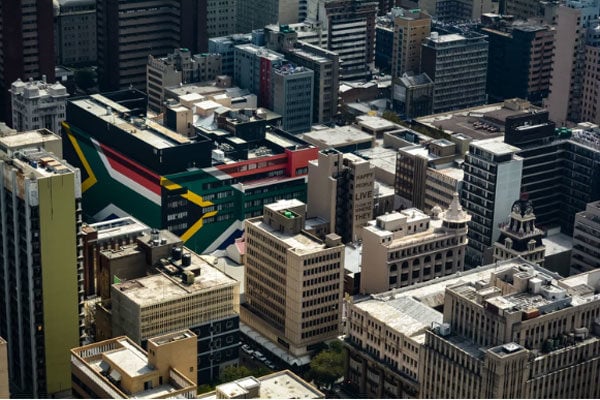 The two truths/lies in the story ... Did you make these up? If I elaborate on this, I am afraid that I would give away parts of the story.

The choice between us is fiction, although I have tried to be as accurate as possible in terms of the contexts in which the two stories take place. I was writing Jenna’s story at the height of the #MeToo movement and the rise of fake news. Jenna infers things and lies by omission. Apart from Jenna’s mother, no one believes her. I wanted the reader to question why this was. Margaret also lies by omission. These lies can be the most dangerous.

Are you interested in politics? And also: Do you think South African writers can write anything without getting involved in politics in some way or another?

After graduating from university I worked as a journalist for 15 years and was the political correspondent at the Sunday Times covering the constitutional negotiations and first democratic elections. It was an exciting time and I was consumed by politics.

Nowadays I find South African politics tedious and depressing and I find the politics outside South Africa far more interesting and amusing – possibly because I don’t have to live with the consequences so intimately.

“But being able to write from a teenager’s perspective is not too difficult as I think the teenage years are the most formative time of your life. It is during this time that you feel most intensely and the memory of these feelings never leaves you.”

I don’t think authors anywhere in the world can write anything – whether it be romance, science fiction or a murder mystery – without, in some way, overtly or inadvertently making a comment about the society in which they live.

Your book is woke and honest in equal parts. It also does not oversimplify the South African reality – of the past and of the present. What are the challenges for a white South African author nowadays, do you think?

I think the biggest challenge facing all fiction writers in South Africa is that the majority of South African book shops tend not to promote or stock South African novels and there is a lack of a reading culture in this country. It is a dire situation and I see a trend where many fiction writers are tailoring their writing to an international audience. Soon there will be very few writers willing to tell South African stories.

I am always amazed when I travel overseas and see entire shelves in bookshops dedicated to local writers. I think the situation is different for Afrikaans writers. These writers are fortunate to write in a language which is nurtured and championed.

I felt tempted to ask in the previous question: What are the challenges for any South African author at the moment? Staying on this topic: What about cultural appropriation? Can a white South African write the story of a black South African? Or can you (getting side-tracked, not the same issue), as a woman, write the story of, say, a gay man? Are stories really free, or should they be?

JK Rowling is not a wizard and JRR Tolkien was not a hobbit; Stephenie Meyer is not a vampire and William Shakespeare was neither a Moor nor a 13-year-old virgin. I am a teller of stories and I don’t have a Group Areas Act in my imagination dictating the nationality, race or sexual preference of the characters that live there.

Booker Prize winner Bernardine Evaristo says it far more eloquently than me: “This whole idea of cultural appropriation, which is where you are not supposed to write beyond your own culture and so on, is ridiculous. Because that would mean that I could never write white characters or white writers can never write black characters.”

Did you plan the story of The choice between us before you wrote it? Or was the process more organic? How long did it take you to write the book? And why did you write it?

I tend not to plan too much, and just see where the story takes me. It took me several years to write this book as I did a lot of research, and I also put it aside to write a couple of other books. I wrote it because I wanted to.