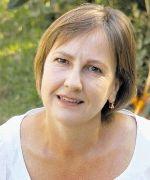 Edyth Bulbring is the author of two children’s novels The Summer of Toffie and Grummer and Cornelia Button and the Globe of Gamagion published in 2008. She also published a young adult novel entitled The Club in 2008. Penguin published Pops and the Nearly Dead on the 1st of March 2010. Edyth is a former journalist and lives in Johannesburg.

Edyth’s second book Melly, Mrs Ho and Me was published by Penguin in September 2010 and her third book Melly, Fatty and Me in August 2011.

The choice between us: an interview with Edyth Bulbring

"And like most white children, I also had several 'nannies' who looked after me and seemed to care about me. I can never get over how strange and complex these relationships were in the context of apartheid."