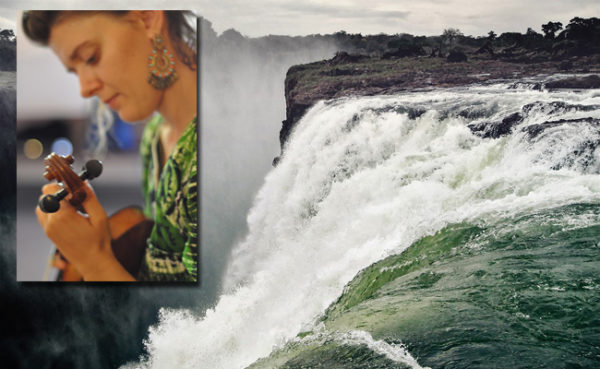 The day after #ShutDownZimbabwe, the weight of the Big Fear still heavy and tangible on our tongues, and the twisted compass of the Big Confusion whirling bigger and bigger storms in brains and bodies and hearts alike – on this day, at a time that still saw the sun climbing towards his throne at the top of the sky, in the immigration office in Harare, the genial officer at the front desk smiled and laughed with two women waiting for assistance. They chatted about the closed shops and the food shortages: “I only need some water in the morning,” the officer boasted, patting his belly. “Then, I eat my sadza in the evening.” One woman pointed out that these experiences – crises, shutdowns, shortages – were great for prayer: “Imagine, some people don’t fast, not once in the year. This will teach our people how to pray. Do they think prayer is supposed to be easy?”

Do they think prayer is supposed to be easy?

An odd question on a numb day. Worthwhile, maybe, since Zimbabwe is home to prayer and praise and the power that comes from things being spoken aloud – the rhythm of the open heart in tandem with the tongue beating out its intention. Praise poetry under the muchakata trees, flavoured with mbira keys and songs, is what I have learned in this place. The knowledge that every single thing in the world has a spirit, and that spirit loves to be wooed in a beautiful and sincere and deep way. Prayer, the mysterious way in which we can manage to build a bridge to our souls. Zimbabwe, in your valleys and villages, the old people carry the rains down from the skies in their able, intuitive hands. Is it any wonder that the government, so afraid of the powerful tongues of its people, considers turning off the internet to be nothing more than merely shutting off another conversation with the elements?

Yes, stories and rumours and facts and fictions all swirl and blend in the same dust, revved on by our yakking mouths and voices. But prayer, in all of its vocal and verbal majesty, is where we find ourselves again today.

It was Stanisław Barańczak, the Polish master wordsmith and poet-translator, who wrote that his fantastic abilities, gained through years of living in absurd and harsh Polish Socialist realities – the art of refusing to testify and reading between the lines, a mastery of finding and then waiting in queues, the ability to flow with dignity through the rough gaps in the grate of violence, intimidation and bureaucracy – these skills were lost on the United States, the country he fled to during political exile. The United States, he wrote, was a place that operated with the exactness of a quartz watch, and where people believed they could become anything they wished. Yet, how can a person learn who they are on their own? We are always smaller than the gods who made us. The difference Barańczak pointed to is becoming who you think you want to be, versus being forged by forces far bigger than yourself, in order to make space in your being for that very big thing we call the soul. The ability to bridge the songs and dance to epic rhythms instead of forcing our own tempo on the world. That forcing of ourselves onto the world is what systems do.

Or try to do. It is a heartbreak and cry in Zimbabwe, now. It is a betrayal, again. There are no words for it that I can say. I only try to revive and remember the big things that live deep in the earth, here, now. The things that teach us to pray, and how.

Zimbabwe is the home of the mbira, and mbira players and drummers share a deep and mysterious knowledge of the art of transitions – especially between times, songs, tempos, keys, movements. Musicians everywhere admire and respect the feeling that is brought on in the moments between moments, when tempo and rhythm fluctuate, and the seemingly stable tick-tocking thing that was your life, changes into something else, taking into itself the disproportions of clashing entities and ideas. Songs don’t ever start, nor do they stop. Not really. Nothing has a beginning or an end. Certainly not songs, and certainly not Zimbabwe.

The continent of Africa dances to rhythms untrained by metronomes. Where the melodies of so-academically-titled “Western Art Music” invented an external precision master called the metronome in order to finesse sound quality itself, African instruments teach internal rhythm. Above all, the correctness of a rhythm is not determined by the exact measurements between notes – a rhythm is correct when it feels correct, and it is always subject to change.

First and foremost, you feel the feeling of the movement between the songs, and you learn this one thing over and over again: the beating of your heart, the lilt of your feet, the pitter-patter of your mind, the apprenticeship of your hands to the world – all of this is the polyrhythm of your life. All of this is what will carry you from one breath to the next, and keep you walking, in all of your human dignity.

However, the ability to feel the correctness of a rhythm is what takes years and years of learning and growth and wisdom to master. It is, perhaps, why the question that we asked each other in music school again and again and again feels so irrelevant when learning the mbira – the question being why some musicians can bring down the heavens with their playing, and yet you find them to be such shallow and sometimes even cruel people. It is the madness of Western cultures that separates a gift from the vessel – not that the two are the same; no, not at all – but the vessel, the person, the artist, must grow strong inside to carry both the skill of the gift and the wisdom hanging in the heavenly rafters of its brilliant overtones.

Again and again, I have been taught that when learning the mbira or the drum, your hands are the last things involved – they are the dumb afterthought to a process of feeling changes in your body. In this sense, even the sacred and holy art of music is merely a derivative of mediumship – learning how to hold a song in your body. Your instrument becoming a part of you. Emptying both your body and the body of the instrument. Connecting them, so that there are no technical glitches. Letting the song flow through you.

And, for all of this to be possible, timing is everything. Time in Zimbabwe is not a construction, nor is it simply “late”, the way time in the Southern Hemisphere is often dismissed as being “African time” or “Mexican time” or “Mediterranean time” – a linguistic throwaway gesture to the unprofessionalism or impossibility of “doing anything” when you can’t schedule it. Yet, time is not a cage set over Zimbabwe, like a trapeze for a monkey to perform for a paying audience whose money goes into the ringmaster’s fat pocket instead of the performing monkey’s hungry mouth. Time in Zimbabwe is alive in every sense of the word – it is a living creature, snorting its condolences at those funny little human beings who think they can determine when something begins, when something has a middle, when it will end. Whether it has already ended. Has it ended?

What will come next? Where are we going? What are the ancestors saying?

This is not the end of the story. In Zimbabwe, the ancestors are alive and well, and they speak through the mountains, through the earth, through the trees and through the hollow people, known as the homwe, who bring together past, future and present in the sacred moment of ceremony. The musicians, the poets, the artists, the healers, the dreamers, all populate this country – it seems every person you meet has at their fingertips a magic to be used to heal humanity and the earth. Only the collective imagination has been torn by crisis after crisis after crisis. It is a sad, sad thing, and we all cry the heartbreak of it. Yet, what emerges is a dignity and a space for new dreams. Dreams come on strong in this country, and prayer is not simply recreation – it itself is the underlying rhythm setting the tone for the work of the day and the rest of the night.

In the village, we would be pounding maize and herbs, but in the city we hunt for fuel queues. The rains come and go. At another weary intersection in Harare, where the red and green lights are no more, a homeless man in torn clothing tinted by the dust of nights and days spent doing the hard work of begging – that man swings a confident arm into the sky and directs the traffic. The drivers, grateful for direction, for somebody setting a rhythm and a tone – the drivers go where they are told. The man leads, directs, feels the rhythm of the journeys around him. No longer desperate or unemployed, he is the mhondoro, the keeper of the earth, of this particular place and time, telling the travellers where they may go and when. We would do well to learn from the rhythm of people who know that to do is more powerful than to qualify. They will step in when the rest of us are lost, and they will tell us how and when to go. The arms of the man are a prayer for the country: for every time the lights go out, another confident and inspired arm rises towards the sky and points the way.

Let our hands and tongues and hearts and ululations follow.