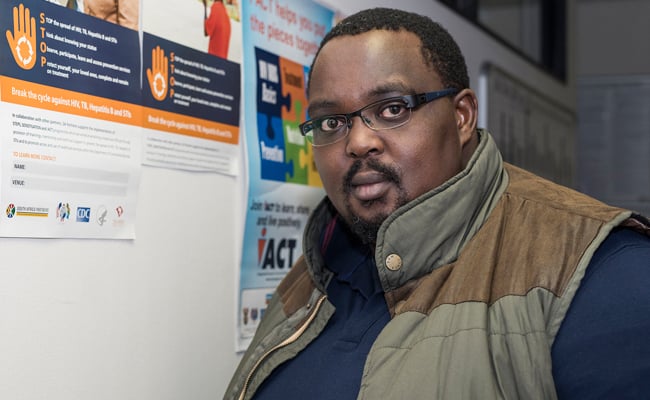 What should and can be done?

The President of South Africa, HE Jacob Zuma, announced last December that the government will be providing free education to students whose combined income (individual and family) does not exceed R350 000 per annum. There was also talk of R600 000, and this confusion still needs to be cleared by the office of the President.

The first issue: the announcement seemingly had not been communicated before the time with either the minister tasked with  ensuring that free education is attained and sustainable, or the vice-chancellors, neither were Treasury and the cabinet briefed on the developments. Many of them got to hear about it only on the day of the announcement. There were a lot of talks around Zuma’s reasons and his timing of the announcement, but nonetheless, it was done, and a commitment was given by government.

That the minister of higher education, Hlengiwe Mkhize, has been quoted by the media as saying that free education cannot start now, and that Minister Gigaba was non-commital on whether we do have the money to fund this or not, is one of the issues I had anticipated. Also, the statements attributed to many of the vice-chancellors, with the vice-chancellor of Fort Hare University, Sakhela Buhlungu, publicly saying on his Facebook profile that they as vice-chancellors had never been consulted, paint a picture of government and universities that are not working in tandem to deliver free quality education to the masses of South Africa.

Can we afford to provide free education?

It is a fact that most families in South Africa live below the poverty line. This means all the children born to these families will be provided with free education. Further to this, the number of lower middle-class families whose combined income ranges between R200 000 and R350 000 is also significantly high, coupled with single parent families where the income is below the cap. With a very limited tax base/pool, and very low corporate tax in South Africa, how can we make this a possibility? The answer is rather complex and needs level-headedness and strategic thinking.

The next question one needs to ask is whether our institutions of higher learning do have the capacity to absorb all these students, noting that there have been many matriculants who didn't pursue higher education due to lack of funds, and noting the number of learners passing matric every year – in excess of 400 000 on average. Currently we are sitting at around 600 000 students that the universities alone can accommodate yearly. It will always remain a numbers game, where demand exceeds supply. With this said, one is led to look at various scenarios in discussing the issue.

Critical to our discussion should be our appreciation of the fact that as it is, we have quite a large number of graduates sitting at home, unable to find work. Others have had to take clerical jobs instead of working in the industries which follow their fields of study. This could mean one thing: that our education system is not aligned to industry needs. We churn out graduates that are unemployable, or rather graduates in fields that are not in need. Again, we have put so much emphasis on university education as the be-all and end-all, yet our country, in its developing stage, is in dire need of technical and vocational skills, which can be attained through learnerships, on the job training or through TVET colleges.

So as we talk about fee-free, quality and decolonialised education, we must ensure that such education is aligned to what industries need. What is the use of producing more graduates in the humanities when there are no jobs in those fields? What will be government's return on investment when those graduates finish? Also, after taking the students through university, what will government gain? Will we have compulsory community service whereby all graduates will be employed as interns for a duration equal to their length of study, or are we going to keep pumping money the same way we do with social grants? If we do have compulsory community service, will government have the funds to fund the internships, and what would then happen after they finish their internship? Also, have we, both government and private sector, done a proper employee analysis to gauge the number of employees due for retirement in the short to medium term, thus informing our workforce planning?

These are some of the questions that need to be answered if we are true to the call we are making.

The above arguments then leads to the question whether traditional universities still have a future. The answer is a resounding yes. They do have a future, albeit in a modified manner.

What does this mean? There is a need to streamline our offerings in all institutions of higher learning. For example, highly specialised fields of study like medicine, postgraduate studies in fields like business administration and public health – in fact  all studies from masters level upwards – can be done in the traditional universities. Then our universities of technology take the role that was previously the preserve of technikons, that of offering studies that need a balance between theory and practice. These are studies mostly in the built environment, architecture and engineering, to name but a few. Then utilise our TVET colleges to produce artisans and people with other technical skills that we need. This will ensure that each section of higher learning has a clear role, with no duplication of offerings and services. Also, this will help to control our outputs, as we can easily have industry inform or guide academia on what will be needed in the short to medium term.

There has been a call in other sections of society to do away with university studies, with companies like Ernst & Young even saying that they are scrapping degrees in educational qualifications as part of their recruitment requirements. Also, as a country, we’ve promulgated a programme called Recognition of Prior Learning, which by design is supposed to bridge the gap and strike a balance between academically qualified and on-the-job experienced individuals. In essence, the latter programme proves even further that in some instances one can be an expert in one’s field through on-the-job learning rather than academic studies.

What should be done

Provide free, quality and industry-aligned education at undergraduate level. This means that education must not be for use only as an employee, but graduates should be able to go out and create job opportunities, and be the drivers for the industrialisation and development of the country.

To fund this free, quality and industry-aligned education, utilise one of two options. Increase the corporate tax and ensure that such increase is managed solely for and directed to funding free education. This means strengthening NSFAS to be better equipped to manage these funds and to disburse them, but also to ensure that they follow stringent financial controls, rigorously monitored by Treasury, SARS and the auditor-general as the principal custodians of financial control, and the Department of Higher Learning / Institutions of Higher Learning as the client or recipient of the funds. Another option would be a compulsory fund managed by business, where all businesses contribute a certain percentage of their profits solely for funding education. There are various options that can be looked at for this. The bottom line is: fee-free, quality education is possible, but it needs us all to work together to ensure that it happens.

Create regular forums where employers and academia converge to discuss, among other things, the relevance of syllabi to the needs of industry and employers; the numbers that employers can absorb over a certain stated period versus what the institutions of higher learning will produce; how best can we prepare students for the workplace, as most graduates are still raw when they graduate and get employed, thus meaning that after graduation they either need to job-shadow someone else, or employers spend more on further training.

Take an industrialisation path to development, instead of the theoretical/academic approach that we are currently using. Our approach to education is much more academic than balanced. As a country, though we have natural resources, and the technical knowhow, we still lag far behind in terms of development and industrialisation. For example, we are among the top producers of gold, platinum and diamonds in the world, yet we don't have beneficiation plants in the country. How has our education benefited the country in this regard? Also, South Africa is a car assembly country, assembling and exporting premium cars for markets such as Europe, yet we are still lagging behind when it comes to manufacturing local car brands, like Nigeria with the Innoson and Uganda with the Kiira brand. We have failed to piggyback on our expertise in car assembly to start our own brands, with the Joule EV concept falling through the cracks. Our education has been found wanting in this instance.

It has been long coming that as a country we follow in the footsteps of countries like Zimbabwe, Germany, Cuba and Libya, which provide free education. We can find the money, whether through belt-tightening, fighting corruption and illicit siphoning of funds from the country, and/or through increasing corporate tax. We can also reduce our bloated cabinet, reduce the number of local municipalities, merge ministries, return efficiency to our tax collections agency through the employment of competent and qualified leaders.

Also, we need to start holding our government and companies to high standards. Most companies do not have budgets for CSI, or those that have, do not utilise such budgets. We can make all citizens, including corporates and individuals, play their specific roles. It requires of us as citizens to be honest, and those who are able to contribute to the education of their children to do so, in order to enable that those who cannot afford it, to get the opportunity to study.