Authors on their new books: Martin Sehlapelo on A Peek Inside a Political Prisoner's Heart: A poetic antholoogy from Robben Island. 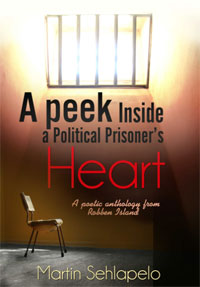 Hi Martin, please tell our readers about yourself.

I grew up in the Seshego, Polokwane (formerly Pietersburg) as well as Subiaco, a rural Catholic Mission in Ga-Molepo. From an early age my parents, a teacher and a nurse encouraged me to read widely. I grew up a very shy child and took an interest in writing my thoughts and feeling down as a form of escape.

Some of the magazines, like Drum and Pace, that were generally available published poetry by its readers which I enjoyed reading. I even started buying Staffrider, a literary journal, which then absorbed most of my time. I suspect that this spurred me on into writing poetry and short stories. I remember writing three short stories which unfortunately, like the rest of my early poetry, are lost.

By the time I was in form 3 (now grade 10) I was already politically conscious and active. I was expelled for a speech I made on the occasion of a farewell party for senior students on behalf of the juniors. I was fortunately reinstated.

In 1986 I surreptitiously left the country to train under uMkhonto we Sizwe (MK). I trained in Angola and was infiltrated back into the country. I was detained under the State of Emergency, later in terms of Section 29 of the Internal Security Act, and ultimately found guilty of terrorism and sentenced to five years, which I was to serve on Robben Island.

What are your memories from Robben Island?

Most of my memories of Robben Island are captured in A Peek Inside A Political Prisoner's Heart, an anthology that I published in 2014. I see this anthology as a personal journey into my inner life experience related to Robben Island.

I will never forget my trip to the island. Having travelled in the back of a truck from Johannesburg for such a long time and in leg irons we were transferred to a ship at the Cape Town harbour. We were put into the lower hold, still in leg irons, where we could not see what was happening outside. There was a small round window which allowed a little bit of light and from where I could see the changing colours of the waters which were now covering the glass as the ship was sailing towards the island. From my perspective, we were under the sea, I felt like I was going to drown and die. I was sea sick; this was my first time on any water craft.

I can categorise my time at the island in three periods. In the first period, we spent time in single cells in Section A with virtually no contact with other people. During this period we were allowed an hour of exercise. The second period was a time we were moved to the general sections of the prison. Here we slept in communal cells and there was more contact with other people. According to the rules we could have one visit and one letter per month. The letters were heavily censored. In the beginning it took a long time before I could receive my first letter.

There is a common saying by comrades: "Prison will either build you or break you! The choice is yours."

The last period was after the unbanning of the ANC and the release of the late Comrade President Nelson Mandela. I was released only more than a year after he was released. This was one of the most difficult periods for me. On the other hand, it was no longer compulsory for us as prisoners to wear the green prison uniform. We could also walk freely to all the sections at any time before lock-up time. During this time we had access to radios and TVs, and could have contact visits (of course this was without the opportunity of being intimate with your lover, if you had one). This was in contrast to the time when all visits were mediated by a double glass pane and a phone receiver.

The apartheid government had said that they were releasing political prisoners and they were indeed releasing some. We never knew their formula for selecting who would be released next. You would spend the whole time expecting that it would be your name that would be called next, but in vain. It was a heartbreaking year.

When did you leave Robben Island (and was it possible to really leave it behind)?

I was released on April 3, 2001. Apartheid had stolen my youth; my imprisonment at Robben Island had stolen a huge part of it. Robben Island is part of my life; it has reconfigured who I am and my identity. The fact that I spent time there will always be with me. Compared with other comrades my time at Robben Island was very short.

Since my release I have been to the island three times, once to take my sons, then to attend a show by Mory Kante (a Guinean musician) in 2002, and lastly to attend a meeting of ex-political prisoners.

What have you done since you left?

On my return I continued my computer science degree at Wits. I underwent further military training in Zimbabwe and in Zambia, whereafter I joined the SANDF in 1994, which I left in 2002 to work for various government departments in Limpopo. I now work for Transnet and am reading for a doctorate in information science, having obtained a masters in information studies from the University of KwaZulu-Natal. 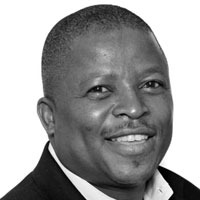 Why do you write poetry?

I write to connect with myself. Only since I published the poetry anthology have I written to communicated my thoughts and feelings to the world.

Is the pen is mightier than the sword?

Sometimes. It depends on who is wielding the pen, or the sword, and their opponent(s).

Why should people read poetry?

Poetry is like music: it can lift your spirit. Poetry is beautiful, it connects people's minds. A poem can tell a story in the most wonderful way.

Who are your favourite authors? 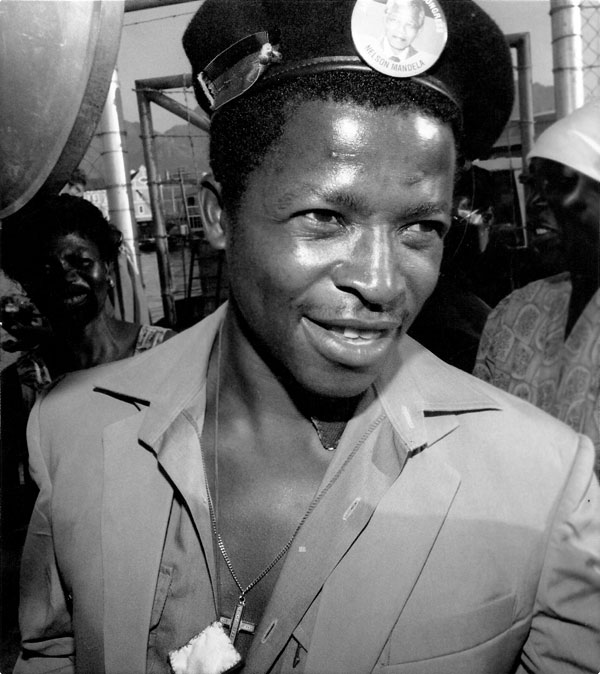 A photo of Martin Sehlapelo taken on the day of his release from Robben Island.
Shares0Facebook0Tweet0Pin0Print0Email0LinkedIn0