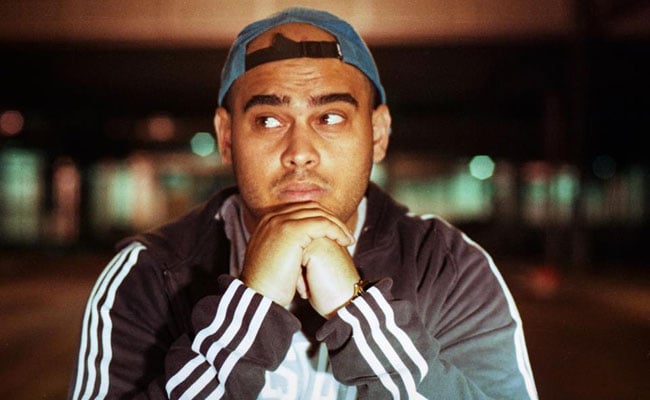 In 2011 a collective of students found one another and connected around ideas of expression. With a variety of interests shared, a safe space of expression was created, providing a platform for performance and dialogue. The crew, known as Urban Scapes, would organise weekly expression circles basing the feel on an essential pillar within the rap element of hip hop (one of the five elements) known as a cypher. These cyphers would happen around Stellenbosch University, inviting poets, speakers and performance artists to join in and contribute to this platform. Regardless of language, people shared the collective space, utilising the platform to tell their own stories.

For the cypher to be complete, participants and audience members would have to contribute their ear space allowing performers to carry out their stories. These cyphers would allow us to all explore our heritages and histories through artistic expression, providing a safe space for performers and audiences to journey into the unspoken.

The InZync poetry sessions would come into existence with a foundation of ideas trying to change the way in which Stellenbosch was working. Even if it were for one day, the sessions would aim to disrupt the conventional movement of Stellenbosch. For instance, organising the sessions in Kayamandi instead of the centre of Stellenbosch was done to counter the one-way traffic that would happen – residents of Kayamandi would commute to the town centre during the day and once they had worked concluded they would leave town but no one from Stellenbosch town would go into Kayamandi at night. We wanted to disturb this one-way traffic; this is the main reason why Amazink in Kayamandi was an important location for InZync. Causing a two-way traffic, creating a space for students (some of who have never been to a township) to go into Kayamandi after 18:00 at night.

Accompanying this would be the ethics of listening (a fundamental principle in a successful cypher). Audiences would attend InZync, hearing stories from fellow humans (regardless of racial classification) and be able to relate. The sessions would go on to host amazing performance poets from around the world, acting as a hub for conversations to take place that were sometimes so uncomfortable but necessary.

Accompanying this idea of two-way traffic, in 2012 we started organising the INKredible writing workshops – a space for aspiring high school poets to come into the English Department of Stellenbosch University and fill the empty corridors with poetry and expression. Since these workshops were started, three students have gone on to tertiary institutions (one INKredible a student at Stellenbosch University). Spaces of expression allowed for difficult dialogue to be navigated with poetry and performance. Providing a platform for the amazing creative talents in Stellenbosch to exist without the expectation of “who has the most talent”. InZync is a platform of engagement for poets and expressionists (one of the biggest and most consistent in South Africa).

Open Stellenbosch forms an important part of the national dialogue about education and the transformation of institutions within South Africa. The providing of a platform for students and faculty who feel silenced by the historical injustices still present in the daily functioning of the university should not be downplayed. Open Stellenbosch is doing important work, actively countering the remnants of apartheid still visible to the naked eye, and more significantly its hidden hegemonies. The amount of fire and strategy present in this movement is allowing for a collective voice to be generated.

Thoughts have to be put into place, allowing for the rethinking and reimagining of knowledge transference. In an university context, students and staff have unlimited access to texts that were produced in order to counter oppressive systems. These texts, or – how I like to consider them – works of art, were individuals’ contributions to provide insight into how exclusionary systems were not allowing for the growth of all individuals. Fanon, Biko, Hooks, Butler and the long list of authors who contributed to growing dialogues were all artists in this regard. Producing texts that would help to reimagine the world. Open Stellenbosch is in a position now to put together works that reimagine Stellenbosch in the 21st century.

Vilifying Afrikaans (a truly African language, appropriated in order to oppress in the past) is not an avenue conducive for active imagination. Afrikaans has never been the enemy; the use of the language to exclude people from conversation is the problem. Not the language!

Open Stellenbosch should create and imagine its own discourse and not allow for previous struggle dialogues to inhibit the movement’s forward mobility. It should address members from fellow university movements who chant violent and unhealthy slogans like “one settler, one bullet” and challenge this stagnation of dialogue, not allowing hate to break down the possibility of inclusive imagination.

We can’t deny history! Please don’t do it.

Stellenbosch University was actively involved in some of the darkest moments within South Africa’s history. Attached to this history is what Neville Alexander termed “yesterday’s grey men”, the minds behind the intricate system of apartheid. With all the PR campaigns and words that are used in discourse (eg “transformation”, “diversity”, etc) the historical foundation of Stellenbosch can never evaporate. Instead of suppressing history and protecting the recollections of the past as if it were a state secret, there is now space to create platforms that not only educate young South Africans about its first-hand role in apartheid but also allow for self-reflection as to why it played such a prominent role in this social system. Helping the institution and individuals reflect on the excessive apartheid baggage being stuffed into dark cabinets throughout the university.

This year the surrounding communities of Idas Valley and Cloetesville, who were displaced by apartheid and its absurd laws (eg Group Areas Act, 1950), have opened a healthy dialogue about reparations with forgiveness and understanding forming the foundation of these discussions. It is up to the top management of Stellenbosch University to decide whether or not it wants this dialogue to develop further.

Students and staff across generations can now collectively think through an institutional culture that carries remnants of an unjust past by creating a new culture of open discussion and reflection. Open reflection that allows for difficult conversations about yesterday’s wounds that have not healed in a post-apartheid South Africa to be understood. Continuing a dialogue that was opened by the Truth and Reconciliation Commission among students and staff, but involving members of staff who carry knowledge about the functioning of apartheid. Equipping South Africans with the knowledge of this country’s pain, thus also understanding the nation’s ability to overcome. Creating new histories and allowing the rawness of yesterday to exist in its pure form, without any apologetic disclaimers being added as to why apartheid happened.

Downplaying the role that some of “yesterday’s grey men” played in South Africa’s complex history has been a common practice in Stellies, and yet a woman's skull and tray of eyeballs were found in a cabinet in one of Stellenbosch University’s buildings in 2013. (https://www.timeshighereducation.co.uk/news/debate-over-nazi-race-index-tools-found-at-stellenbosch/2008477.article)

One of the originators of eugenics (Eugen Fischer, dik brasse with Malan, Verwoerd and Wilcocks – Verwoerd even spent a semester under Fischer's supervision in Berlin in the 1920s) was also a research fellow in these Stellenbosch corridors during the 1930s. Right before his appointment as rector of a German University by Adolf Hitler.

Stellenbosch was one of the pillars of the global eugenics movement, acting as the laboratory for the implementation of these bizarre social systems. The Department of Volkekunde, which was discontinued only in 1997, played an integral role in the establishment of Bantustans under the separate development act during apartheid. Besides apartheid, The Jim Crow Laws of the South of the USA were also thought through in Stellenbosch. There is still the RW Wilcocks building where the psychology and history departments are housed. RW Wilcocks (who supervised Verwoerd's PHD thesis) travelled around South Africa spreading the eugenics gospel and eventually helping to think through Eugenics 2.0 = Apartheid.

The more history is suppressed, the more it will come to the surface when you least expect it. Dismissing students who say they feel unwelcome is in itself a bizarre reaction. Dismissing anger at exclusion and ill-treatment by responding "yooo, where's the love" is exactly why mense are saying "You are not listening to us."

Stellenbosch is in a position now to address its history in creative and accessible ways. Not only saying "We acknowledge that we messed up in the past", but by helping to understand the wide-scale trauma inflicted by a TAAARTIE system of social engineering.

Dala what you must

There have been amazing projects coming out of the university (the Kayamandi Oral Histories project launched on 23 August being one example of this), but there is more room for collaboration between the institution and students. The University of Stellenbosch now needs to “dala what it must” in order to move forward and attain its goals of becoming a truly African and South African institution of learning. Disregarding the experiences of students and trying to cover up for its major role in the past will not contribute to an open discussion.