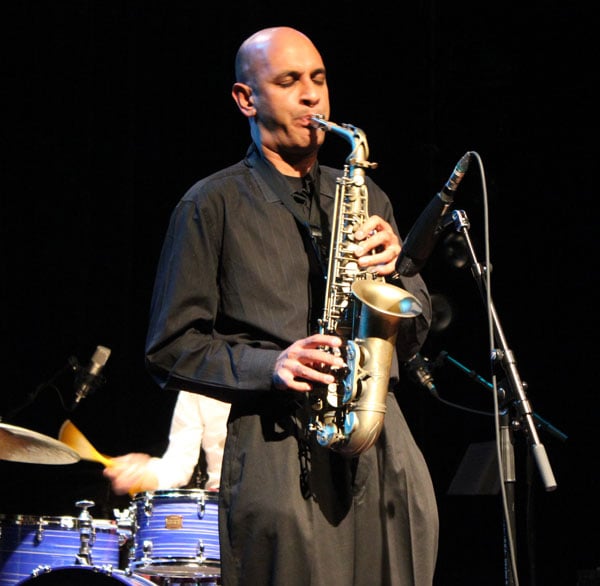 Karén Devroop is a jazz saxophonist with an established national and international reputation. He spent 13 years in the USA, completing his post-graduate studies at the highly acclaimed University of North Texas, which is considered to be the most prestigious jazz institution in the world. While in the US, Devroop toured extensively and performed at several major jazz festivals with his quartet.

On Friday 1 August 2014 at 19.30, Devroop will perform with his jazz ensemble at the Miriam Makeba Hall (Unisa main campus) in a concert of smooth jazz saxophone tunes. He will be accompanied by Roland Moses (keyboards), Peter Sklair (bass), Wayne Bosch (guitar) and Rob Watson (drums).

He has appeared as a soloist and lead alto saxophonist with several established jazz ensembles including the highly acclaimed Dallas Jazz Orchestra. His highlight concerts include his opening as a side stage act to Earth Wind and Fire, Chicago, Jill Scott and Queen Latifah. He has performed at several jazz festivals in the US, Europe and Asia and recent performances include the Samui Latin and Jazz Festival (Thailand), Amersfoort Jazz Festival (Netherlands), Taipei International Music Expo (Taiwan) and festivals  in the USA including the North Texas Jazz Festival, Gretna Jazz Festival, Tri-State Jazz Festival and Virginia Arts Festival.

In 2009 Devroop released his debut smooth jazz CD recording entitled “Reminiscing” which received airplay in over 30 countries on all six continents. Track 4 “The Wise Gentleman” peaked at #4 on the jazz charts in Spain before retreating. The CD received outstanding reviews in the USA and Europe.

Devroop has put together a repertoire of compositions for the upcoming concert, which include pieces by Kirk Whalum, Dave Koz, David Sanborn, Gerald Albright, Anita Baker and Luther Vandross.

Devroop hopes to pay tribute to some of the legendary smooth/contemporary jazz saxophonists that have inspired him and helped him develop as a musician. The concert will include some of the tracks from his Reminiscing CD.

Tickets are sold at the door for R95 (adults) and R75 (students and pensioners).