Now in its third successful year, the Schreiner Karoo Writers Festival will run from 9 to11 August 2012 in Cradock. Bibi Slippers of LitNet answers some questions about the discussions she'll be chairing.

You are chairing a LitNet discussion with three trilingual writers, EKM Dido, Peter Mtuze and Russell Kaschula, on the topic “Cultural crossover, is it happening?” How was it decided to involve these particular writers and why was this particular topic chosen in terms of relevance? 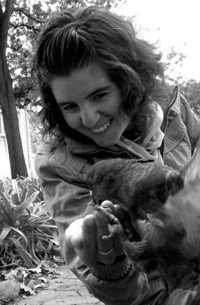 We worked closely with Lisa, the organiser of the festival, to put together a panel that would reflect the spirit of the festival in some way, but also offer something of interest to literary-minded festival-goers and locals who might have a more general interest. We decided to pick authors who have strong ties to the Eastern Cape, having been born there, grown up there or are living there at present. It just so happened that the three writers we selected are all multilingual, each speaking three languages, and so it was decided to focus on multilingualism and the role language plays in cultural crossover.

What is the relevance of the topic? What elements of society would you like to focus on in this discussion?

If you read the paper, watch the news, or just look around you as you are driving around anywhere in South Africa, the need to talk about cultural crossover becomes apparent. I am thinking quite specifically about recent events like the whole Spear-debacle, which for me highlighted the fact that there is still a great lack of understanding among different cultural groups in South Africa. Of course there was also a strong political undercurrent at work in that specific case, but I don’t want to go into that now. The divided reactions just made me very aware of the fact that cultural differences play a bigger role than we might think in the way we perceive events and make meaning.

We don’t always understand how our neighbours see the world; we don’t necessarily “get” the way our colleagues think or behave; in many cases we don’t even have the faintest idea how other people live and what their circumstances are. A lot of this lack of crossover and understanding can be attributed to the fact that we don’t know one another’s languages. Perhaps we underestimate the extent to which language shapes our thinking, and also how much gets lost in translation between languages.

Seeing that I’ll be talking to writers, a lot of the questions will centre on the issue of language and the relation between language and cultural crossover. We’ll also be discussing the role of writers in facilitating cultural crossover and getting all three panellists’ personal takes on the issue – I am looking forward to hearing how they see things, specifically as multilingual individuals who often bridge cultures and fly in the face of stereotypes and superficial division.

You are also chairing the LitNet Learners Indaba, involving the same three writers, with the topic “How growing up in the Eastern Cape inspired these three great writers”. What can learners and adults alike expect the nature of this discussion and its possible outcomes to be?

I am really excited to be involved in this particular event, simply because I remember how awe-struck I was as a child when a real live author/astronaut/policewoman/actress visited our school … What I remember is being overcome by a sense of possibility. Seeing someone who had hitched their wagon to some far-off dream and then actually made it happen – that seemed (and still seems!) amazing and inspiring to me. It is really important to expose kids to many and varied possibilities that are different from the things they know and see every day. Hearing the stories of these three writers might just plant a seed in one or two of those little heads, and when I chair the same session again at the festival in 2050, it would be great to talk to a brilliant young writer who got thinking about writing after seeing Dido, Kaschula and Mtuze in action in Cradock in 2012.

We’re keeping the session light and informal, talking about childhood memories and dreams, stimulating a bit of time travel and taking questions from the kids. The LitNet session is only one part of the indaba, though: the audience can also expect a presentation on Cradock by learners themselves and a stellar performance by the JA Calata school choir.

How will these writers be able to inspire or guide learners in terms of writing skills and life skills?

I don’t think the writers can be expected to do either of these things: the point of a short session like this is just to get the learners to consider the possibility of writing as a feasible career, and perhaps be hooked enough on the stories our writers have to tell to go to the library and find one of their books. If you count imagination as a life skill, I do hope that the panellists will spark a bit of that in the kids and get their minds going. Also, even those who have absolutely no inclination towards writing can still benefit from hearing the stories of adults who were children just like them and how they grew up to be who they are, what obstacles they overcame and exactly how they did it. I’m a firm believer in the power of stories.

Can you tell us more about the three writers taking part in these discussions? 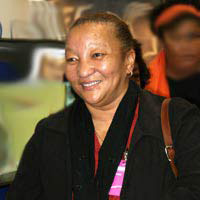 EKM Dido is an author who received her schooling in Cradock. She trained as a nurse and later became the first black woman to publish a book in Afrikaans. You can read more about her life and work by clicking here. Dido is a passionate activist for the cause of reading, and does a lot of work to promote a reading culture in her community. 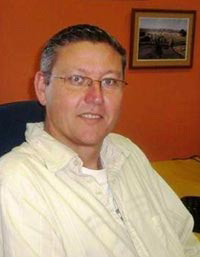 Russell Kaschula is a professor and the head of the School of Languages at Rhodes University. There’s a nice article about Russell’s life and work on LitNet which summarises the man in the opening sentence: “When African languages professor Russell H Kaschula is not researching subjects or lecturing at the School of Languages at Rhodes University, he spends his time writing youth literature and penning down Xhosa folklore and stories from the province of his heart, the Eastern Cape.”

Peter Mtuze has had a long and varied career, from his early days as a court interpreter, to his work on the University of Fort Hare’s Dictionary Project, to later becoming head of the Department of African Languages at Rhodes University and finally Deputy Registrar of Rhodes University. He is also an ordained priest in the Anglican Church … and has still found time in his career to write more than thirty books! You can read more about Peter here. 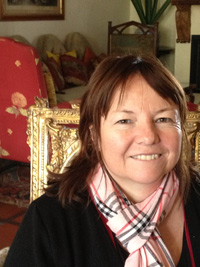 Lisa, what can you tell us about the birth and first steps of the Schreiner Karoo Writers Festival? The festival is in its third year – how has it grown since the first event?

In January 2010 Darryl David, a lecturer at the University of KwaZulu-Natal in Pietermaritzburg and Durban, the founder of Book Town Richmond and a regular Tuishuise guest, approached us with the suggestion of starting a festival in Cradock to honour Schreiner. The date was set for the first weekend in July 2010. It was a small festival, but a great success. It was then decided to make it an annual festival. It was also decided to make it sustainable and draw a wider audience, and we would call the Festival the Schreiner Karoo Writers Festival. In 2011 the Schreiner House and the National English Literary Museum (NELM) became involved with the organisation. Every year the festival attendees double, but so far it is still a small festival.

There will be a special emphasis on women to coincide with National Women’s Day on 9 August. How will the festival reflect the celebrations and significance of National Women's Day?

It seems fitting that the festival is held on and around Women’s Day, as we’d like to celebrate the tenacity of women, and people in general, who have succeeded, despite their upbringing. We’ve chosen Olive Schreiner as our key figure as she has a marked history in Cradock, where she lived for three years. She was a liberal, a free thinker, South Africa’s first and probably most famous feminist, and importantly, she is South Africa’s first internationally recognised writer in English with her book The Story of an African Farm.

The “celebrating women” theme on Thursday 9 will be carried by Jeanette Eve, Hillary Lewis-Soma, EKM Dido, Lisba Vosloo and Sigi Howes. The programme will kick off with Jeanette Eve, author of A Literary Guide to the Eastern Cape: Places and the Voices of Writers, who will give an illustrated talk on flora in Olive Schreiner's writings. Hillary Lewis-Soma will talk on "Sisters Triumphant: how the spirit of two Schreiner sisters (Henrietta and Olive) triumphed over adversity". EKM Dido, the first black woman to publish a book in Afrikaans, Die storie van Monica Peters, was born and schooled in the Eastern Cape. Lisba Vosloo will talk about Olive Schreiner as a formidable woman. Sigi Howes is head of the Education Museum in Cape Town. She will talk on “A Great Thing Happened in Cradock”, referring to the well-known child diarist Iris Vaughan, who lived in Cradock from 1892 to 1897.

What is the significance of the location of this festival, and how was it decided to host the festival in Cradock?

Darryl decided that Cradock should host the festival. And it seems fitting in view of the following:
– It is itself a place of literary legends, among others: Olive Schreiner, Guy Butler, Iris Vaughan, Etienne van Heerden, Toast Coetzer, EKM Dido, George Weideman, Karel Schoeman, Clinton V du Plessis, Neville Alexander and MMM Duka.
– It is the home of the Schreiner House Museum, a satellite of the National English Literary Museum (NELM).
– It is a known Schreiner town and a good platform from which to promote a route of Schreiner towns, eg Hanover, Kimberly, De Aar, Barkley East, Matjiesfontein.
– It has many venues that are perfectly suited for inspiration: the Cradock Four Garden of Remembrance, Die Tuishuise, the Holy Rosary Convent, the town itself, the mountains, and the outlying farms that inspired the writers.
– It is geographically well suited and easy to reach.
– It has suitable and sufficient accommodation to host the festival-goers.
– It is a beautiful river town with many tourist locations that attract people throughout the year.
– It has existing expertise to host the festival.
– Cradock needs festivals and events for the upliftment of the community.
– Cradock has its own writers’ forum, organised by MMM Duka.