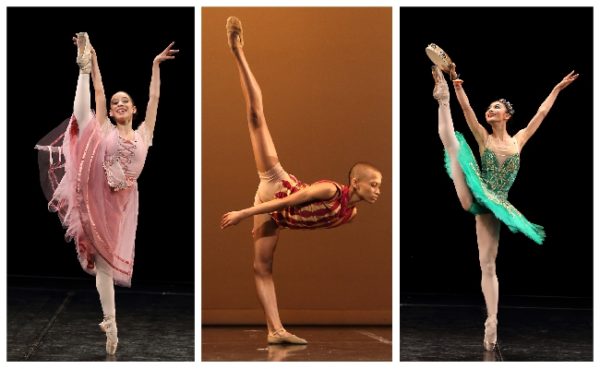 The South African International Ballet Competition (SAIBC) is pivoting! The highly anticipated event that was scheduled to take place at the Artscape Opera House from 13 to 18 July 2020 has taken a leap into the online space and will now be held virtually. A virtual ballet competition first, the SAIBC Online will now have a far broader reach as dancers, teachers and ballet fans from every corner of the globe are able to connect to it via the web.

“Being online,” says Dirk Badenhorst, Founding CEO and Director of Mzansi Ballet whose idea it was to switch to a virtual event, “has also taken the pressure off many who may have found it difficult during these trying times to raise the necessary funds for travel and accommodation expenses. An additional exciting component to the SAIBC Online will be the introduction of our own app, details about which will be released next week,” he said. 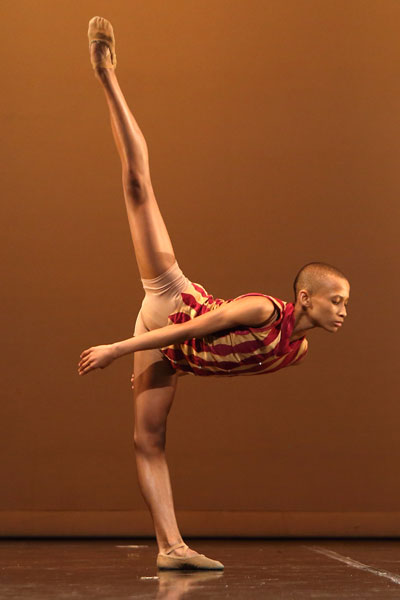 Leroy Mokgatle from South Africa, a gold and silver SAIBC medalist in 2016

Funding from The National Lotteries Commissions (NLC) supports not only the SAIBC but also the SAIBC’s Training Teachers in the Townships programme, the SAIBC International Ballet Intensives, the International Ballet Gala and various Mzansi Ballet stage productions. The NLC enables the SAIBC to continue its decade long commitment to the development of ballet in all communities and to the role that dance plays in the arts and culture sector. The NLC relies on funds from the proceeds of the National Lottery and the Lotteries Act guides the way in which NLC funding may be allocated. The intention of NLC funding is to make a difference to the lives of all South Africans, especially those more vulnerable and to improve the sustainability of the beneficiary organisations.

Available funds are distributed to registered and qualifying non-profit organisations in the fields of charities; arts, culture and national heritage; and sport and recreation. By placing its emphasis on areas of greatest need and potential, the NLC contributes to South Africa’s development.

While the competition is still six weeks away, no-one knows which lockdown level the world will be under by mid-July and, even if mass gatherings will be allowed, social distancing will likely be the advised safety protocol for the foreseeable future.

Founder and CEO Dirk Badenhorst says: “Doing the SAIBC at the theatre is not an option since the safety of our team, participants, audiences and Artscape staff is of critical importance. Yet at the same time we don’t want to lose this highly anticipated event that dancers have been working towards and that audiences have been looking forward to since the last competition in 2018. The pandemic has dealt us a blow but, at the same time, it has enabled us to innovate, pivot and welcome new opportunities – it’s incredibly exciting!”

The first SAIBC was held in the Mother City in 2008 and has grown into one of Cape Town’s most dynamic cultural events. It’s the only international ballet competition on the African continent, on a par with similar contests held annually throughout the world and highly regarded. 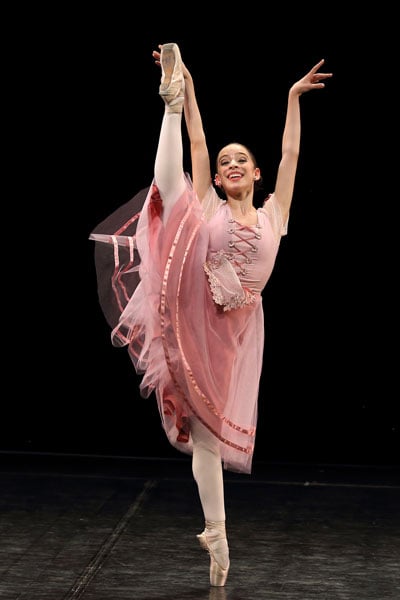 Margarita Fernandes from Portugal, a silver SAIBC medalist in 2018

Historically, the week-long event would attract between fifty to eighty talented dancers and their support teams from almost every continent to the Mother City to compete for gold, silver and bronze medals and substantial monetary prizes. The spinoff has always been, and remains, multifaceted, benefitting not only the dance communities throughout the Western Cape but the tourism sector as well.

For the SAIBC Online, ages and categories for participants will remain the same: Scholars (12 to 15 years), Juniors (16 to 20 years) and Seniors (21 to 28 years) with men and women competing separately.

“In order to accommodate the impact that the pandemic has had on the training routine of dancers around the world who have been in lockdown for several weeks and unable to access dance studios, the competition panel will award the top prize in each category by an evaluation process as opposed to the usual scoring system. During the competition week, the panelists will also be giving each entrant constructive feedback after their variation has been viewed,” said Dirk Badenhorst.

Each competitor will need to register for the SAIBC Online between 15 and 17 June and those accepted into the competition will then be required to submit video clips of themselves dancing two variations – a classical repertoire solo and a contemporary solo. The dances must be filmed one week prior to the start of the competition. Those without access to a formal dance studio will be permitted to enter in the contemporary division only. The pre-recorded videos of selected candidates will be screened daily to a paying audience and dancers will be assessed by a panel who will offer feedback after each session.

The 2020 panel is again made up of lauded industry names such as Ted Brandsen Director Dutch National Ballet in The Netherlands who will also be the panel chair; Runqiao Du, the Artistic Director of the Kirov Academy of Ballet in Washington, USA; Roberta Martins from the Zurich Dance Academy in Zurich, Switzerland; South African Thoriso Magongwa from the National Theatre of Brno in Prague in Czech Republic; Christian Spuck the Artistic Director of The Zurich Ballet in Zurich, Switzerland; Geung Soo KIM, the President of the Ballet Society in South Korea; Madame Feng Ying the Director from the National Ballet of China in Beijing; Martha Iris Fernandez Aguero dep director from National Ballet School in Havana, Cuba;  Annarella Sánchez, head of the Annarella Institute of Ballet & Dance in Portugal, and Christoph Böhm from the Berlin State Ballet School in Germany. 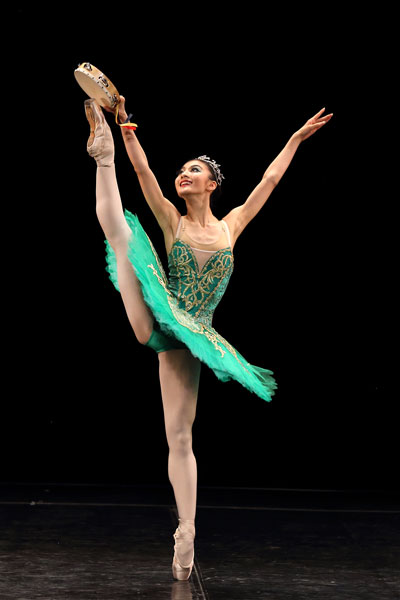 Zhang Yikun from China, a 2018 entrant

Interesting to note that dancers will not be scored but evaluated and prizes will include a Grand Prix for the best entrant overall, as well as bursaries and scholarships to some of the best ballet schools and summer intensive programmes in the dance world.

SAIBC Online subscribers will be able to access the daily online master classes, Live panel discussions and feedback after the competition rounds and the virtual gala on the 18 July where guest artists from around the world will perform especially for the finale performance.

Further details for dancers and subscribers will be announced next month. Registration forms, guidelines and related info can be found on www.saibc.com and applicants should please email their video submissions to [email protected]. Follow the @saiballetcomp on Instagram and on Facebook for updates.