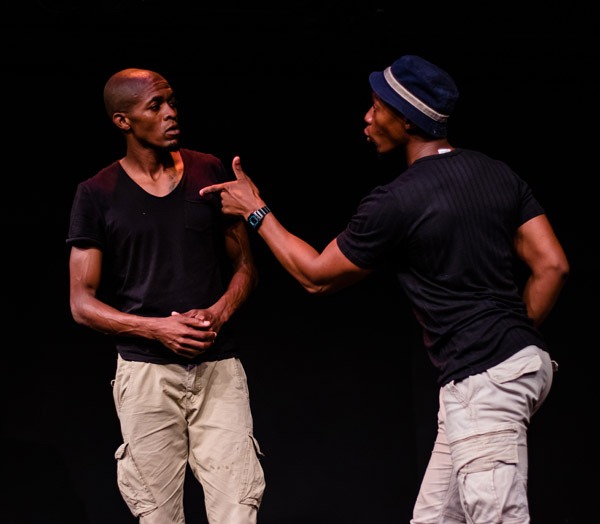 Thank you for your service, Aphiwe Livi and Buhle Qinga (picture by Star Zwane)

The 11th annual Baxter Zabalaza Theatre Festival, from 20 to 27 March 2021, will showcase 24 fresh, vibrant productions from all over the Western Cape and one from Gauteng, featuring over 200 hundred participants, with all COVID-19 protocols in place, as regulated under Level 1 during the national lockdown.

The week-long festival kicks off with the Zabalaza Weekend on Saturday 20 and Sunday 21 March with performances, activities and entertainment over the two days. The Main Festival will run from Monday 22 to Friday 26 March, with daily shows at 10am, 10.30am, 11am, 11.30am and 7pm, culminating with the awards ceremony on Saturday 27 March. 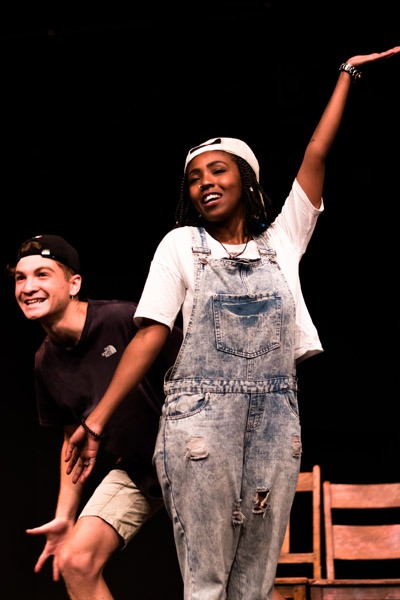 Performances will be limited to 100 audience members (or less, depending on the venue), COVID-19 protocols to be observed include the availability of hand sanitisers, tracking and tracing, temperature checks, mandatory wearing of masks and practicing of physical distancing. Audience members are advised to arrive at least 45 minutes before the start of the performance to avoid delays.

The 2021 festival is dedicated to the memory of Zoleka Helesi, cofounder and coordinator of Zabalaza, since its inception. “The tragic passing of Zoleka in December 2020 has left a huge void, not only to her friends and colleagues from the Zabalaza and Baxter teams, but also for the arts in South Africa,” says Baxter CEO and artistic director, Lara Foot. “She played a vital role in linking schools with the festival, exposing thousands of learners from various communities to the magic and power of theatre, on a scale that they may not have had before. Her legacy serves as an inspiration to these young artists, theatre-makers, communities, audiences and all of us.”

This year the Zabalaza Challenge will once again allow the public to make a significant impact on the festival and the artists involved. The Challenge, initiated by Foot in 2018, encourages individuals, businesses and organisations to join her in purchasing bulk tickets at only R30 each, for those who might not be able to afford them or would not otherwise be able to attend.

“The Zabalaza Challenge is an investment into the future of the arts as it contributes to the door takings for each show which goes straight back to the groups and artists performing in the festival and which, in turn, encourages more pioneering works from artists in our communities,” explains Foot. “The Zabalaza festival has empowered so many young theatre-makers who otherwise might not have had the opportunity to have their work seen or acknowledged. I invite you to join me in buying bulk tickets and creating an opportunity for young artists and audiences. 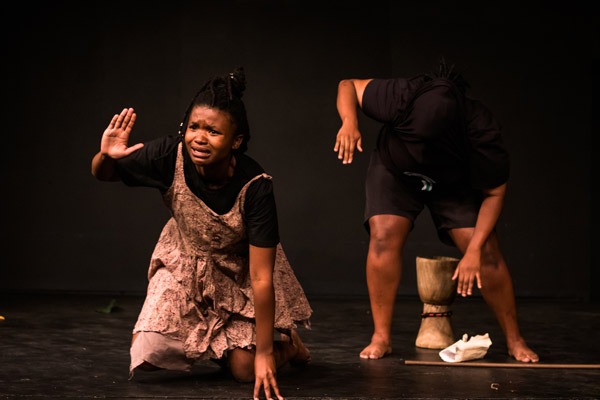 The support from and partnerships with the Western Cape Department of Cultural Affairs and Sport, City of Cape Town, Distell Foundation, HCI Foundation and Pick n Pay, have enabled the success, growth, and sustained development of the festival every year. This year’s festival is also backed by the Department of Sports, Arts and Culture as well as the National Arts Council. The support from various organsations along with the passion of the artists and audiences, have earned the festival the reputation as being one of the most crucial, premier platforms of its kind in the country.

The impact of lockdown and the COVID-19 pandemic meant that the Zabalaza team had to think innovatively and differently about conceptualising and planning this year’s festival, as well as the mini festivals, which were held at The Baxter in January.

A Script-Writing Programme was introduced from August to October 2020 to inspire, encourage and support the development of new plays while creating an opportunity to learn an alternative approach to theatre-making. The process took place remotely with mentors assigned to the writers. 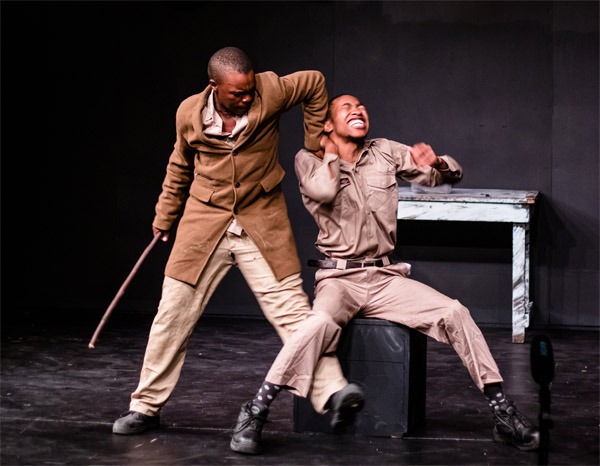 Forty-two works of 15-minute segments were presented to a panel of adjudicators (no audience) at the week-long mini festivals. These took the form of performed staged readings where 21 scripts were chosen to be part of the main festival programme. Each of these productions have undergone, and will continue to undergo, a rigorous script development and mentoring process leading up to the festival. An additional three shows were invited to be part of the line-up - two children’s theatre productions (Aha! and The Magic Shell/Uselwa Lemilingo) and Tainted, by Joburg group Flowers of the Nation.

“It was quite clear from the mini festivals that the new approach to the script development process and having industry practitioners (mentors) working closely with the writers at an early stage resulted in works of an exceptionally high standard,” says Zabalaza artistic director, Mdu Kweyama, “There is an urgent need for new writers and especially women writers, so we engaged five inspiring women mentors and four men.”

To date, 10 of the Best of Zabalaza winners’ play scripts have been published through a partnership with Junkets Publishers and are available from The Baxter bookshop. In this way a growing body of plays that are accessible, relevant and artistically skillful, are easily available to communities, schools, other educational institutions and theatre groups.