Cape Town City Ballet presents an exciting new trilogy of works with their Spring Season, Satori, which will be performed at the Artscape Opera House from 26 October to 9 November.

Satori encapsulates innovation and enlightenment with three inspiring works, two of which are being newly staged alongside an original commissioned work for Cape Town City Ballet by celebrated UK choreographer Kenneth Tindall.

Satori is an athletic and breath-taking combination of classical and neo-classical ballet with an innovative twist – another superb “tasting menu for the dance lover and aficionado,” says Debbie Turner, CEO of Cape Town City Ballet.

“I am a huge fan of Kenneth Tindall’s utterly compelling work and we are honoured to have him join us to create a brand new work especially for Satori. Michelle Reid is a renowned South African choreographer and we are looking forward to her new full work, Sheeple, while it’s wonderful to be adding Concerto Barocco, a second work from the master choreographer George Balanchine to our repertoire.” 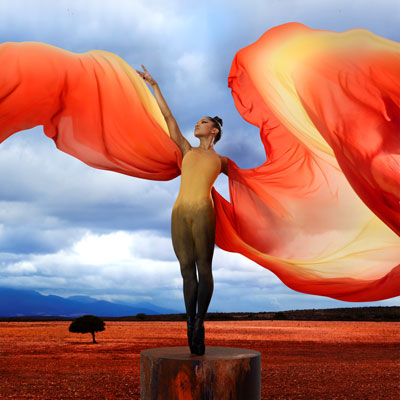 Tindall is one of Britain’s most exciting independent choreographers as well as being the Artistic Director of Digital and Choreographer in Residence at Northern Ballet. His first full-length ballet Casanova received much critical acclaim and standing ovations throughout its tour of the UK, including a sell-out week at Sadler’s Wells.

His work has been described as “makes you think while thoroughly enjoying every minute” (Sunday Express); “Casanova is an impressive and exhilarating evening’s ballet” (The Telegraph), and “Tindall is an expansive, experimental choreographer with an imagination to suit” (Bachtrack).

Tindall’s many awards include the Production Prize at the 26th International Choreographic Competition in Hanover. His work demands much of the dancers’ physical prowess and extends them into an artistic place at the edge of their technique.

Following the wonderful response to Serenade in their Autumn Season, Cape Town City Ballet introduces a second George Balanchine work to the repertoire with Concerto Barocco, performed to a score by Johann Sebastian Bach and this production to be staged by Diana White of the George Balanchine Trust, who has spent her lifetime studying, performing, staging and coaching Balanchine’s works. Experience the sweeping lyrical beauty of this modern classic.

South African choreographer and local dance treasure, Michelle Reid, stage a fully expanded new work of her creation Sheeple, which is her first production created on the Company. Performed to music from a selection of modern composers, Sheeple is an arresting, swirling exploration of the power of the masses, and the pervasive inclination of society to blindly follow the pack.

Reid is an award-winning seasoned and prolific choreographer who has a 30-year history of staging work in South Africa. Her work has also been seen internationally at Festivals such as the Edinburgh Fringe Festival and the New Prague Dance Festival.

A Christmas Carol – The Story of Scrooge.
A sumptuous production of this popular festive season tale of a miser’s redemption to spread goodwill among all!

Cape Town City Ballet is one of the longest standing ballet companies in the world. With a strong heritage and roots, the organisation is moving into the next era with the objectives of growing the world-class ballet company, delighting anew its loyal supporters as well as inspiring new audiences to love ballet, all to be achieved by delivering unique, world-class dance entertainment through integrity, creativity and excellence.

Since the Company’s inception, it has been renowned for providing opportunities for training and employment to all, despite the ruling laws of previous times. It remains committed to developing the dancers of the future, and the CTCB’s various development and education programmes have reached more than 320 000 young people.

Its audience development and training initiatives include the Young Male Dancer Development Programme, The Graduate Programme, a collaboration with the Amy Biehl Foundation, and a partnership with the training programme ZAMA Dance School.

The CTCB’s Audience Development Programme has seen 36,824 learners and educators attending performances, many for the first time. The CTCB has also provided free performances for 24,217 people from sub-economic homes, institutions, old age homes, places of safety and farm schools.