Missing out on the National Arts Festival Makhanda (Grahamstown) this winter? Missing freezing weather, great productions, fabulous company and delicious food? Then join us at the Theatre Arts Admin Collective for Fresh Perspectives – a pre-NAF season. All performances will be followed by post-show discussions. Homemade soup and bread (R40) will be served after each performance as well as tea, coffee, hot chocolate and home-baked treats. All of this will fund OY!Theatre and their trip to the NAF.

After a short fundraising season at TAAC in Cape Town the four works will travel to the National Arts Festival (NAF) Makhanda. 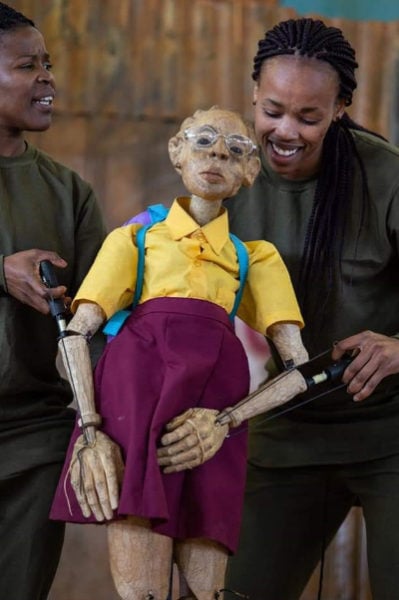 Warona is the latest play by Ukwanda Puppets and Design, mentored by Handspring Puppet Company, performed by actor puppeteers Sipho Ngxola, Luyanda Nogodlwana, Siphokazi Mpofu, Sipho Mahlatshana, Asanda Rilityana and Mandiseli Maseti. The story explores questions of street justice and community responses to drug culture in the Western Cape. As children are placed under threat, so families seek to create alternative pathways for the next generation. Ukwanda is currently a company in residence at the Centre for Humanities Research, University of the Western Cape. 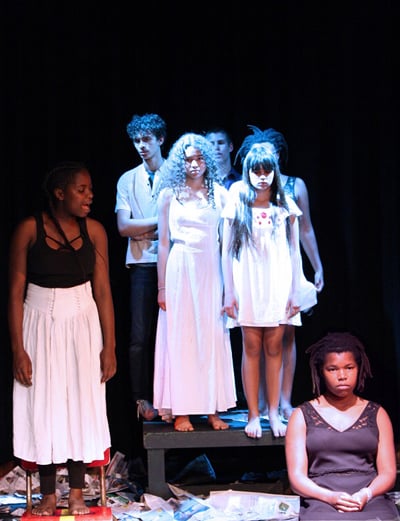 Through Our Eyes (Photo: Simone Tavares)

THROUGH OUR EYES presented by OY!Theatre and directed by Thando Doni

There is the world as adults see it. Then there is the world as young people tell it. Through Our Eyes is a frank and disarming account of how this company of young actors make sense of their lives. Theirs is not a sentimental foray into teenage angst. Far from it. The young cast, aged between 13 and 18 have brought their wit, their wisdom and their vulnerability to craft this devised play. Their storytelling and nuanced theatre language belies their age. Under the craftful direction of multi-award winning Thando Doni, they have blossomed into committed actors offering their diverse stories of culture, displacement, sexuality and belonging.

Through Our Eyes will leave you wondering about the wholeness and complexity of youth. It will ask you to consider again, the struggles and triumph of young people and challenge you to drop the stereotype of who you think they are.

OY!Theatre Company is everything we hope for young people and ourselves. They are curious, articulate, diverse, passionate and navigating the world through performance.

OY!Theatre is proudly taking their production to the National Arts Festival Makhanda. You can watch them at the NG Kerk at the NAF.

For all those missing out on the Makhanda buzz, fret not. Come and join the cast for a pre-festival run of Through Our Eyes at TAAC on the 18th–19th [email protected] 7pm.

The following two productions were both created under the Theatre Arts Admin Collective Emerging Theatre Directors Bursary Award programme in 2018. 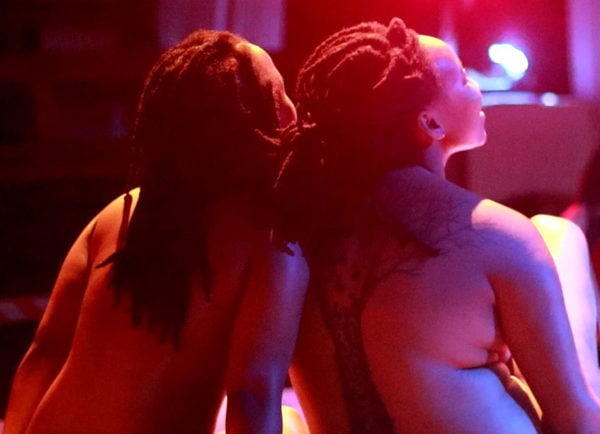 A Faint Patch of Light (Photo: Dani-Ndou and Lethabo Oratile)

A FAINT PATCH OF LIGHT directed by Qondiswa James

A Faint Patch of Light, nominated for 2 Fleur du Caps this year (Best Emerging Director and Best Performer), is a deliberate queering of Athol Fugard’s Statements After an Arrest under the Immorality Act to visibilise black lesbian struggles in South African townships. Performed by Tiisetso Mashifane wa Noni, Indalo Stofile and Jannous Aukema, featuring original sound compositions by Jannous Aukema, A Faint Patch of Light is the story about two women loving together on the margins on the night before their death. This is an intimate play of black lesbian love in a context of inevitable violence.

A Faint Patch of Light will be performed at TAAC from the 22nd–24th June @ 7pm. 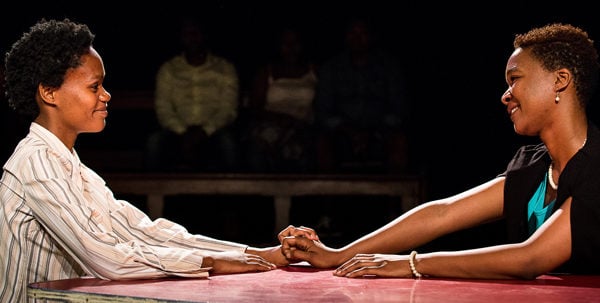 Where She Walked (Photo: Jesse Kramer)

WHERE SHE WALKED written and directed by Thembela Madliki

Where She Walked, directed by Thembela Madliki, and performed by Indalo Stofile and Nthabeleng Jafta, is set in a family home in the rural Eastern Cape and tells the story of an ailing, stubborn father and a young educated daughter who are at odds over plans to sell their family home and the land it is on. Their disagreement reflects a history of competing beliefs in their family, and in our society, as change and progress come up against culture and tradition. With sound design by Evelyn Notoane, and set and costume design by Asiphe Lili, Where She Walked uses magical realism to explore the underlying tensions between father and daughter, merging the past and the present to examine their estranged relationship.

Where She Walked will not be performing at TAAC before the National Arts Festival.

Tickets for Warona are R30. For Through Our Eyes and A Faint Patch of Light, tickets are R70 – R100 and can be purchased online or on [email protected].

For those of you who are going to the National Arts Festival, catch:

Look out for our post NAF season of Standard Bank Ovation Award.