Best of Zabalaza 2020 winner, First Accused, is to be staged at The Baxter for a limited season in November this year, all COVID-19 protocols observed. 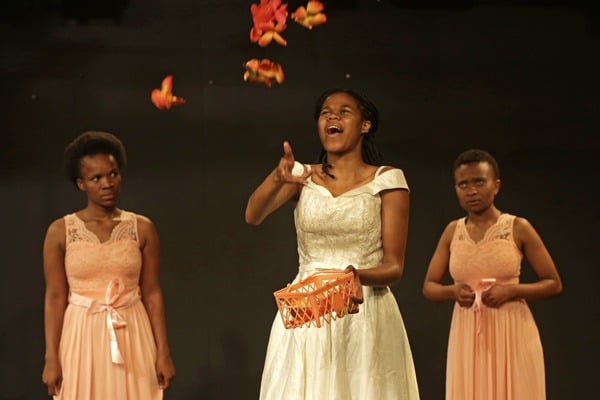 The Baxter’s Zabalaza Theatre Festival 2020 winner, First Accused, written and directed by Mava Silumko, will be performed at the Baxter Golden Arrow Studio, with six performances only, from 12 to 21 November, at 6.30pm and two Saturday matinees at 2pm.

All performances will be limited to fifty percent capacity, with COVID-19 protocols in place as regulated at Level 1 during lockdown. These will include the availability of hand sanitisers, tracking and tracing recorded, wearing of masks and physical distancing. Patrons and audience members are advised to arrive at least an hour before the start of the performance to avoid delays.

The riveting play was selected out of 36 productions at the 10th annual Baxter Zabalaza Theatre Festival which was held in March, just days before lockdown and the national state of disaster were announced.

First Accused looks at how the South African justice system fails the women who suffer emotional, physical, or sexual abuse at the hands of their spouses. Femicide and gender-based violence against women and children, often perpetrated by their partners or spouses, have reached pandemic proportions in South Africa, making the timing of this production perfect, critical and vital. 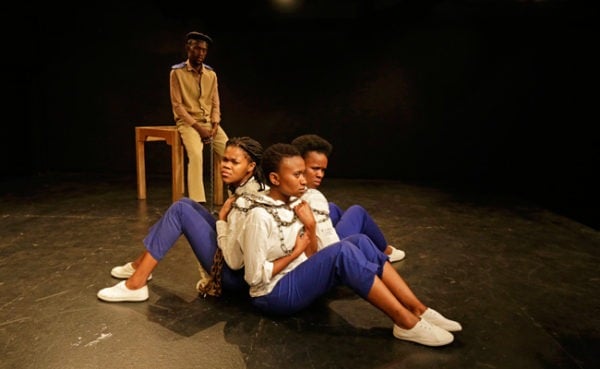 The cast of four is made up of writer and director Mava Silumko with Buhle Sam, Sinazo Guga and Lihle Qobongoshe. Silumko, from Strand in the Helderberg, has been a participant at the festival for the past seven years. In 2017 he was awarded the Most Outstanding Artist winner of the Zabalaza Festival. Cast member Sinazo Guga has twice been nominated in the Best Supporting Actress (2017 and 2020).

“Winning the Best of Zabalaza for 2020 is one of my greatest achievements to date and, given that I have been participating in the festival since 2013, my dream and goal was always to receive this award,” says Silumko. “Over the years I attended many workshops at The Baxter where I learnt so much about creating content and I am grateful that it has paid off. I hope that this production will help to create awareness around this scourge which has and continues to ravage South Africa. Enough is enough - we have been battling with this issue for too long now.”

Silumko started writing First Accused in 2018, after seeing how women and children are suffering from abuse and murders in South Africa. He started to do extensive research on the subject and at the time, the statistics showed that about 4 000 women were incarcerated for self-defence, making it 2.6 percent of the prison population. 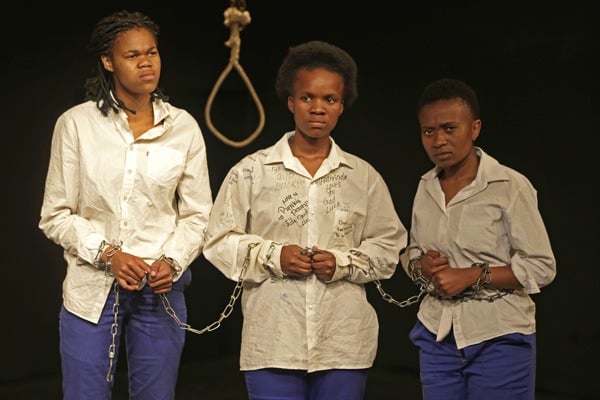 This year the Baxter Zabalaza Theatre Festival celebrated a decade of the finest development theatre as it continues to develop theatre practitioners from in and around the Western Cape, by providing them with performance platforms so that they can realise their creative concepts. This is achieved through mini festivals in targeted communities, script readings, showcases culminating in the annual theatre festival. Over the years more than 500 productions have been showcased with well over 1 500 artists and theatre-makers participating.

Every year one production is awarded the Best of Zabalaza. The winning production goes through a mentorship process to raise the standard of the work before it is mounted for a two-week season at The Baxter. This provides the company with another opportunity to stage their work in a professional theatre with full logistical support.

The continued support and commitment from the Western Cape Department of Cultural Affairs and Sport, the City of Cape Town, Distell, HCI Foundation and Pick n Pay has enabled the successful and sustained growth of the festival every year, allowing it to maintain its reputation as one of the leading development platforms of its kind in South Africa.

“I am delighted to congratulate Mava and his cast on this important production, given the alarming rate of gender-based violence against women in our country. Furthermore, it is a sensitive and poetic work that tackles an out-of-control reality experienced by so many women daily,” says Zabalaza artistic director, Mdu Kweyama.

Many of these productions went on to be staged at various festivals and events in the Western Cape and, in some cases, further afield. Skierlik received two Fleur du Cap nominations and Khayalethu Anthony won the Fleur du Cap award for Best Performance in a review, cabaret or one-person show for The Champion.

Ticket prices for First Accused are R60 and booking is through Webtickets on 086 111 0005, online at www.webtickets.co.za or at Pick n Pay stores. For discounted school or group block bookings, fundraisers or charities, contact Carmen Kearns on 021 680 3993 or e-mail her at [email protected].