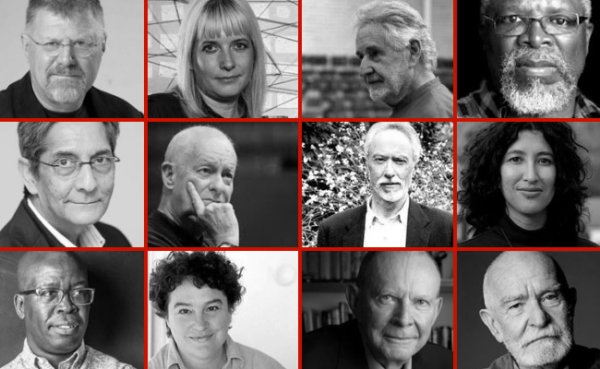 Authors have united in their call upon the South African legislature to refrain from adopting the Copyright Amendment Bill to be debated in the National Assembly this week.

A petition against the adoption of the Bill, which could have devastating consequences for authors and intellectual, artistic and educational production in South Africa, is being presented to the Minister of Trade and Industry today.

In addition to authors, the petition has been signed by other role players in the book industry and interested parties: booksellers, publishers, freelance workers, readers, literacy organisations, literary agents, academics, copyright scholars and practitioners.

It has received astounding support. In only one week, more than 3 000 individuals, many of them prominent and influential internationally or locally, and 125 organisations, foundations and businesses signed the petition.

The Bill, which ironically purports to benefit authors of copyright works, threatens their livelihood and drastically curtails their existing rights. There are also serious concerns about the legislative procedure followed, the constitutionality of the Bill, and its adverse impact on reading, writing and publishing in South Africa.

The full position statement and petition text is available here.

Quotes on the Copyright Amendment Bill, B13 of 2017

“What makes art possible? I oppose the Copyright Amendment Bill because it undermines the whole ecology of generative relations that sustain writers and artists by unreasonably expanding the definition of “fair use” of their work without compensation. What is at stake with this overreaching Bill is not only the capacity of individual artists to patch together a living, already a challenge, but the very way we make culture. We all learn by encountering, discussing, and being inspired by art, certainly I have, but the fair way to ensure access to work is not by making it impossible to make in the first place. This is why I oppose this Bill. Please join me.”

“The proposed Copyright Amendment Bill cannot come at a worse time for South Africa, which is struggling to overcome the widespread illiteracy that is part of our dark, Apartheid past. So many schools do not have adequately resourced libraries, and many schools do not have an embedded culture of reading. This law that will limit the rights of writers and publishers, will aggravate the situation. ‘Cry the Beloved Country!’”

Athol Fugard, renowned playwright and Honorary Fellow of the Royal Society of Literature

“I completely endorse the stand taken by the publishing industry and my peers against the proposed Copyright Amendment Bill. It presents a direct threat to the livelihood of our writers, and therefore, to all the South African stories that are waiting to be told. I can only see this as dealing a devastating blow to the extraordinary literary potential of our country.”

“If you want to learn something new the best way is to read a book. In order for books to be written, authors, of all shapes and stripes, need to be paid for their work. Respecting the value of copyright is the only way to keep this ecosystem alive. Changing our current copyright law will mean less support for writers which in turn will lead to less time spent writing books. It’s a poverty we can’t afford.”

“PEN International, as the oldest and largest organisation of writers in the world, takes copyright very seriously.One part of our PEN International Copyright Manifesto clearly states: ‘An author’s economic independence and autonomy is central to freedom of expression and encourages a diversity of voices, which in turn fosters democracy.

To deny authors the ability to earn monetary reward from their creative works is to deny the works value and their authors a livelihood. Using the intellectual property of an author without fair recompense, and in the absence of a legitimate legal exception to the author’s copyright, is theft.’”

JM Coetzee, novelist and recipient of the Nobel Prize for Literature

“I endorse the position taken by PEN, as well as by the organizations IPA, IAF, IFRRO and PASA. Please add my name to the list of signatories of the petition - signature page attached.”

“As much as I'm convinced that the stories and histories and songs of our country constitute the veritable binding that can remind us of our shared humanity, and the grounding we need to explore the richness of our diversity, the gift of our legacy, the textures of our struggles, the colour of our dreams  – (and what more wonderful gift can there be than to make these part of every South African's formative experiences?) – as much I am convinced that the proposed legislation to replace existing channels and guarantees (which shaped the respect for the work produced and protected the need to continue producing) will inevitably lead to 'unfair abuse' of the rights coming with the responsibilities of writing, publishing and distribution. To pretend otherwise is to exploit a need for the deeper understanding of who we are and try to become under the false banner of supposedly equal access. Let us not allow this cultural and creative impoverishment of generations to come!”

“I am deeply concerned about the influence of the new legislation on our nation’s future. It will undoubtedly make it even harder to earn a living as an author, and has the real potential to turn us into a country without books of our own. Which means our history, our dreams for the future and our understanding of the present will disappear. And that’s another kind of poverty we can’t afford.”

“Surely "copyright" means just that: protection of original copy. So once this law is passed it will mean: © copyright (t's & c's apply).”

“The new Copyright Amendment Bill flies in the face of international practice and should ultimately be rejected by Parliament. It is ludicrous that Government wants to make it even harder for authors and publishers to earn a decent living. I am concerned that the Bill will be severely prejudicial to the creative industries and the cultural sector.”

“As artists we don’t have protection in this country. There are no state grants to allow writers to practice as full-time writers. There is no protection or payment when every year poetry and script is photostatted, by the hundreds of pages, by lecturers who use the material for teaching purposes at our universities and high schools. Other than the copyright act we are very limited in law when it comes to the use of our work. That is why we must … resist and challenge this proposed legislation to ensure it doesn’t become law!”

“In its present form the Copyright Amendment Bill endangers authors and their output at a critical and formative time in the emergence of a new literary voice in South Africa. That voice has become more strident and more important as countless South Africans of colour begin to weave their personal narratives into fiction and memoir. Equally importantly are the many works of non-fiction that are emerging from a three-century old racist past to shed light on a history of South Africa that, until recently, was recounted only by the victors.

Nal’ibali is one of the foremost literacy organisations in our country. It works in every corner of South Africa’s cartography to bring the joy of reading, which is the ultimate journey of discovery, to hundreds of thousands of children for whom the book is almost unknown. From these children will come new stories, new histories to unfold before new generations. The Copyright Amendment Bill threatens to dump writing initiatives on the scrapheap of good intentions and narrow self-serving agendas.

The crescendo of voices raised in protest should, alone, be sufficient to give our lawmakers pause for thought and a consideration of their own recklessness. If copyright is not sacrosanct, why will authors write their stories. From which corner of our land will we then hear the pain of history and the joy of freedom. We urge Parliament to send this Bill back to the proposers for a revision that takes into account the weight of international opposition to what is ultimately a seriously flawed premise.”