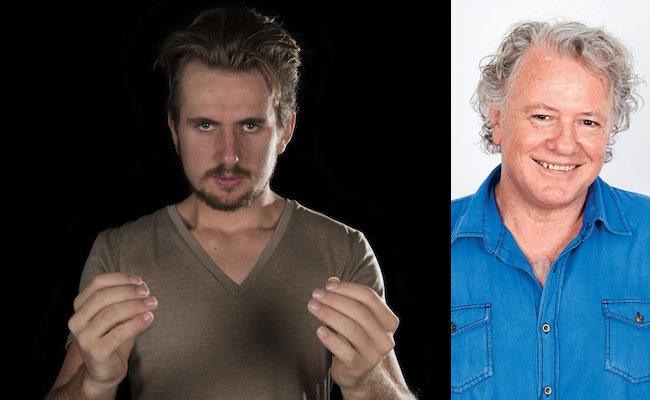 A staged reading of Tony Jackman’s new play, MEIN CAMP: The Audacious Struggle of Le Clerq Goldberg, will be held at Karoo Brew in Cradock during the annual Karoo Writers’ Festival at 19:30 on Friday 20 July.

This one-actor play is a piece of cabaret theatre in the tradition of the Weimar Republic-era Kabarett of the late 1920s and early 1930s – camp, audacious, and politically irreverent.

Celebrated Joburg-based theatremaker J Bobs Tshabalala is dramaturge and producer for the play reading, promising “all the things the play would have, only read. Costume. Lights. Props. A presentation towards a full production”.

MEIN CAMP will be read/performed by actor Emil Lars in the role of Le Clerq Goldberg, the central character, though the actor slips into several other characters during the course of the story, including BJ Vorster, Verwoerd, Adolf Hitler, and Saint Peter at the Pearly Gates.

Expect to be delighted, amazed and potentially outraged.