The South African Literary Awards (SALA) have shortlisted 26 authors in 13 awards categories for this year’s awards. The winners will be announced at a glittering awards ceremony on the 7th November at Ditsong National Museum of Cultural History. 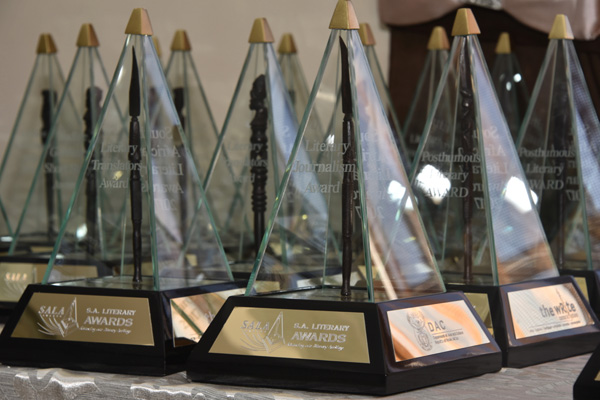 To be delivered under the theme “Africa Writing in Tongues: Towards Social, Political, Heritage and Cultural Justice”, the theme is in line with UNESCO’s International Year of Indigenous Languages (IY2019). For more information and registration for attendance, please visit www.africacenturyconference.co.za.

Now in their fourteenth year, the SALAs are awarded annually by the wRite Associates in partnership with the Department of Sport, Arts and Culture to celebrate literary excellence in all the languages of South Africa.

Morakabe Seakhoa, SALA project director, says: “The main aim of the South African Literary Awards is to pay tribute to South African writers who have distinguished themselves as ground-breaking producers and creators of literature, while it celebrates literary excellence in the depiction and sharing of South Africa’s histories, value systems and philosophies and art as inscribed and preserved in all the languages of South Africa, particularly the official languages.”

The SA Literary Awards have become the most prestigious and respected literary accolades in the South African literary landscape. SALA prides itself in not only acknowledging established authors but as a platform to budding writers through the First-time Published Author Award category.

SALA has also expanded its categories to include Children’s and Youth Literature categories. A very significant move by SALA as this will encourage acknowledgement of writers writing for children while it encourages reading and appreciation of literature from an early age.

“More work is still to be done though to cultivate more writing in our African languages,” concluded Seakhoa.

To be announced at the awards ceremony

To be announced at the awards ceremony