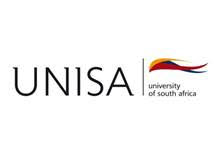 Concert attendees in Pretoria are in for a treat when the Unisa Music Foundation hosts their very first Unisa Pops Concert at ZK Matthews Hall. The concert will feature the Johannesburg Festival Orchestra conducted by Richard Cock with guest soloists Zoë Modiga, Timothy Moloi, Karén Devroop and Anna Davel.

Audiences can expect to hear popular works and light classics including Bohemian Rhapsody, Pirates of the Caribbean, Lakutshon iLanga and works by Astor Piazzolla and others.

Having recently performed at the Joy of Jazz Festival and RMB Starlight Classics, Zoë Modiga will grace the stage with world class arrangements of popular works for orchestra. The entertaining Timothy Moloi is well known for his work in the Pops field and television as is Anna Davel who is known for her work on shows and movies such as Liefling, Gat in die muur and Suurlemoen! South Africa’s leading jazz saxophonist Karén Devroop is well known internationally with recent performances ranging from international jazz festivals in the Netherlands, Seychelles and Thailand to solo concerts with the Sanremo Symphony Orchestra. He recently performed at the RMB Starlight Classics with the Cape Town Philharmonic. All four soloists and the Johannesburg Festival Orchestra are expected to put on a riveting concert.

This concert is for the entire family with works that will appeal to kids and adults.

Tickets are sold at the door for R140 (adults) and R110 (students and pensioners).