In this research project methods from different research paradigms were used in different phases of the project. Since there was no clarity about the factors to be investigated, the interpretative methods were initially used to identify factors by means of interviews and open questions. These results were analysed by means of coding. After a model of possible factors was compiled in this way, methods from the positivistic paradigm were applied. Questionnaires were compiled to test the model and the results of these questionnaires were statistically analysed.

The study was undertaken at the Potchefstroom campus of North-West University.
The purpose of the literature study was to investigate existing publications on factors influencing a student’s success in mastering technology-based subjects. The most important factors highlighted in the literature are gender, language, race or culture, prior knowledge or entry level, socio-economic status, learning styles, computer anxiety, the student’s confidence in his or her own abilities, and the student’s vision of the future.

After the literature study had been concluded, interviews were conducted. The results of the interviews were used to expand the model and also to identify specific questions to be included in the questionnaires. While processing the interview results, various important factors became evident, namely prior knowledge, planning/time management, computer anxiety, secondary school level and language.

The purpose of these questionnaires was to identify additional factors that may influence learning of technology-based subjects by means of open questions. Furthermore, the relevance of factors already identified was investigated. The open questions in the questionnaires were processed interpretatively. From the answers to the open questions it was deduced that the interest of students may have an influence on the success of learning. Another factor mentioned was the student’s intellectual abilities. Factors already included in the model, but of which the importance was once again emphasised here, were self-confidence, prior knowledge, time management and language.

After data had been collected by means of questionnaires, biographical data and examination marks, a large number of variables were available for use to test the relationships in the model. First of all, factor analysis was done to determine which variables measured the same factor, in order to reduce the number of variables.

The factors not included in the factor analysis (their nature not being suitable for factor analysis) were added. These are gender, language, race, secondary school level, school performance and favourite subject. This model was then used, together with multiple linear regressions, to test which of the different relationships in the model were significant.

The model in Figure 1 indicates all the significant relationships according to this research. 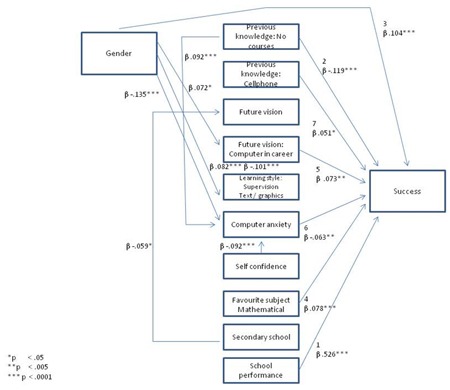 Figure 1. Model of the factors that influence the success of teaching and learning of technology-based subjects

Students who thought they would one day use computer skills in their career, performed better than students who don’t think that they will use it.

Lastly, owning a cell phone also had a significant influence on the results of the computer skills examination. Students who had had a cell phone for quite some time performed better than those who had only recently acquired one. This has to do with prior knowledge (exposure to technology) and possibly also socio-economic status.

It is evident from the results of this study that those students who had completed their secondary studies at a school with a good matric pass rate were more certain about what they wanted to do in ten years’ time than students from schools with a lower pass rate.

This model contributes to knowledge about success factors in computer-based subjects. Users of this model can better understand the cause of unsatisfactory performance by considering the specific influence of the factors in their own environment. The model is also an example of positivistic studies being preceded by interpretative studies in order to direct the positivistic studies. 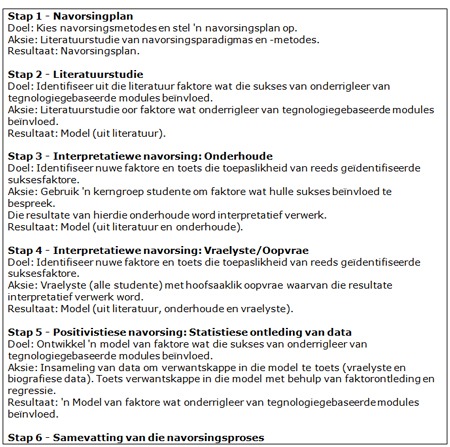 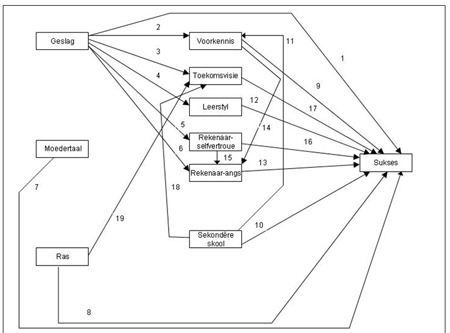 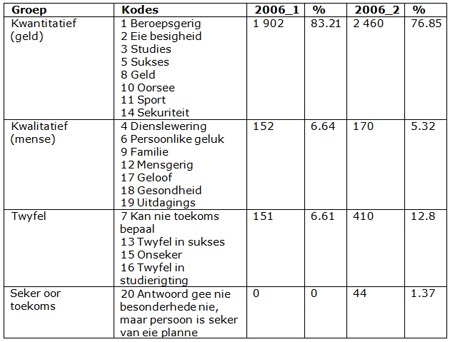 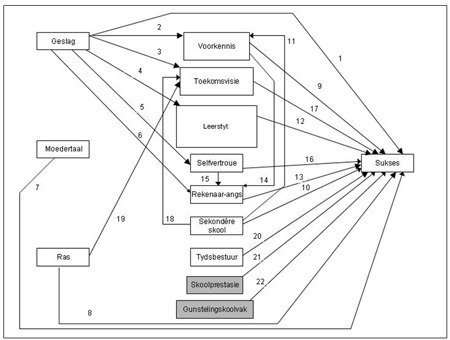 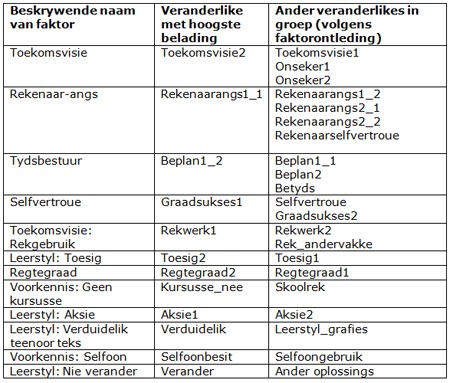 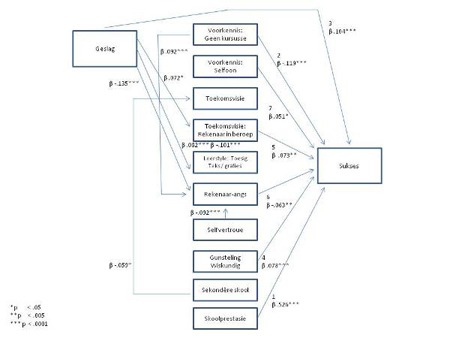 Colley, A. en C. Comber. 2003. Age and gender differences in computer use and attitudes among secondary school students: What has changed? Educational Research, 45(2):155–65.

Pennycook, A. 2002. Mother tongues, governmentality and protectionism. International Journal of Sociology of Language, 154:11–28.

Poynton, T.A. 2005. Computer literacy across the lifespan: A review with implications for educators. Computers in Human Behavior, 21(6):861–72.

Razumnikova, O.M. 2005. The interaction between gender stereotypes and life values as factors in the choice of profession. Russian Education and Society, 2005, 47(12):21–33.

Sáinz, M. en M. López-Sáez. 2010. Gender differences in computer attitudes and the choice of technology-related occupations in a sample of secondary students in Spain. Computers and Education, 54(2):578–87.

Shih, H. 2006. Assessing the effects of self-efficacy and competence on individual satisfaction with computer use: An IT student perspective. Computers in Human Behaviour, 22: 1012–26.

Toffler, A. (red.). 1974c. Learning for tomorrow: The role of the future in education. New York: Vintage books.

Van der Walt, C. 2004. The challenge of multilingualism: In response to the language policy for higher education. South African Journal of Higher Education, 18(1):140–52.

Wilfong, J.D. 2006. Computer anxiety and anger: The impact of computer use, computer experience, and self-efficacy beliefs. Computers in Human Behaviour, 22: 1001–11.

Young, D. 1995. The role and status of the first language in education in a multilingual society. In Heugh, Siegrühn en Plüddemann (reds.) 1995b.