CAPE TOWN / PRETORIA ─ In an open letter to President Cyril Ramaphosa, the Afrikaanse Taalraad (Afrikaans Language Council – ATR) expressed its deep concern about the Department of Higher Education's language policy of 2020. The letter was handed over at the Union Buildings on 10 December – on the 25th anniversary of the signing of the Constitution, a constitution that promotes multilingualism and protects language rights.

"The 2020 language policy is seriously flawed and violates the minimum requirements of the Constitution regarding the use of official languages," the letter said. Although the Minister of Higher Education, Blade Nzimande, has indicated that the cabinet has not yet approved the policy, the Language Board thinks the policy should be formally withdrawn. The rejection of Afrikaans and the Khoi and San languages ​​as non-indigenous comes across as a "disturbing act of language intolerance and injustice. It feeds people’s fears of intensified future linguistic exclusion and oppression".

The open letter follows letters from the Language Board and other language organizations to the Minister that remained unanswered. "President Ramaphosa's positive statements about Afrikaans and the Khoi and San languages ​​have given people hope for inclusion and recognition. Simultaneously, the Minister is playing games that set up our languages against each other and marginalises Afrikaans along with the Khoi and San or Bushman languages," Conrad Steenkamp, ​​CEO of the Language Board, said.

"We want to draw attention to the dysfunctional politicization of language that continues to issue from this ill-considered policy. We understand the historical baggage of Afrikaans is a given in situations like this, but also that Afrikaans is much bigger than that past," Steenkamp emphasized.

Afrikaans is the third largest language in the country and is spoken by people of all races and classes. It was a language of resistance to the injustices of apartheid and colonial domination. It is still a language of empowerment for thousands of learners and students, the majority of whom are black.

The argument is not just about Afrikaans. All the indigenous languages ​​should be promoted as a vehicle of empowerment for all South African citizens. The Language Board states in the letter: "We are deeply concerned about the practical implementation of the policy and the significant risk that our indigenous languages ​​will be limited to largely symbolic functions at increasingly monolingual universities."

The Language Board is convinced that indigenous languages ​​can be promoted fairly and equitably, and in ways that bring people together rather than dividing them. The open letter is a request to the president to get involved and to enter into discussion about these issues with a wide and representative delegation of the Afrikaans-speaking community.

The letter was handed to the Office of the President at the Union buildings this Friday by a delegation led by Annelise de Vries, vice-chairperson of the ATR. The letter was signed by more than 100 linguists, educators, preachers, psychologists, lawyers and businessmen, mostly as representatives of various organizations, including the Afrikaans Academy for Science and the Arts, AgriSA, the DAK Network, the Witbooi-Namastam in South Africa, the Afrikaanse Taal- en Kultuurorganisasie (ATKV), the Woordeboek van die Afrikaanse Taal (WAT) and the University of the Western Cape (UWC)'s Center for Multilingualism and Diversity Research (CMDR). 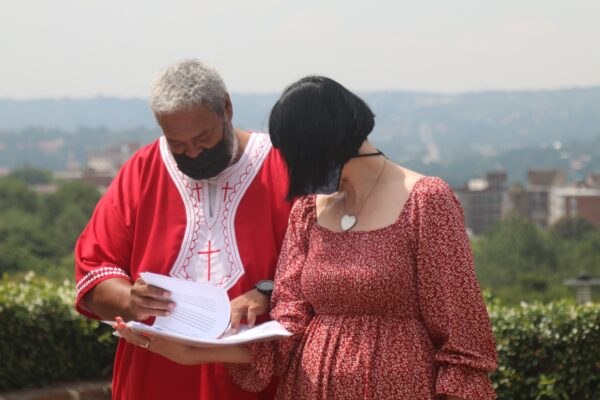 Audy Hendricks of Eersterust Language and Development Forum (ETOF) and Annelise de Vries (ATR vice chairperson) with the two open letters in both Afrikaans and English. 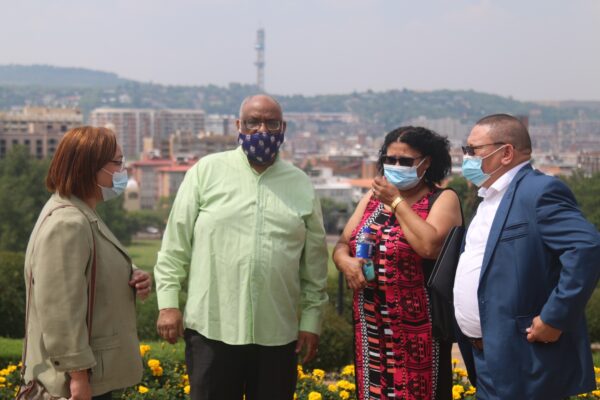 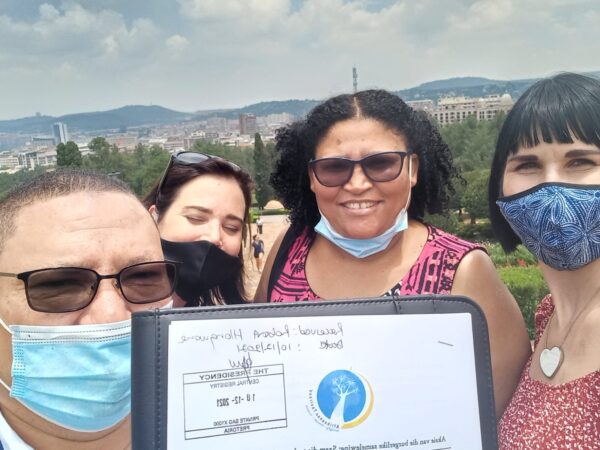 The Language Board's letter also contains a warning: "We believe the fate of Afrikaans at our universities will determine the fate of our other indigenous languages ​​– with tremendous cultural and social consequences." Multilingualism cannot be achieved by falling back from bilingualism to English-based monolingualism. 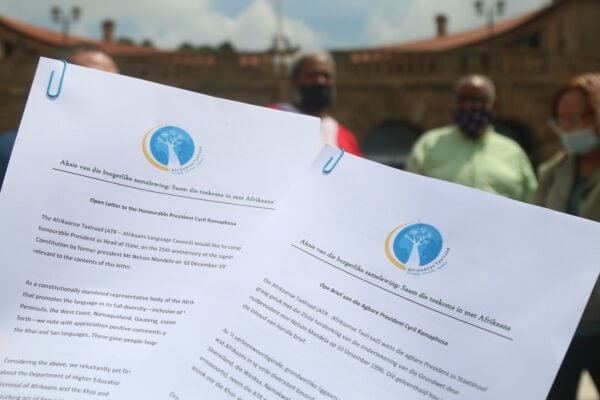 The open letters presented to the President in both Afrikaans and English.