kykNET Silwerskermfees 2015: Interview with producer Richard Gregory about The Boers at the End of the World  | Boere op die aardsdrempel 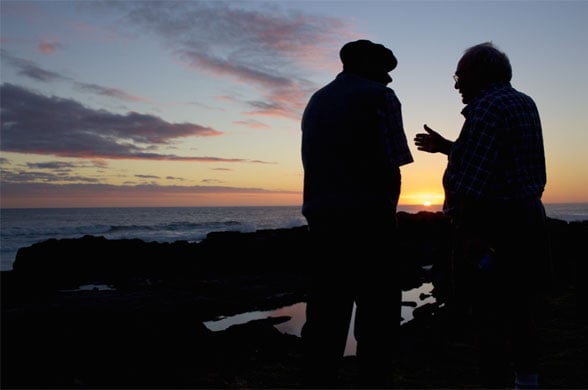 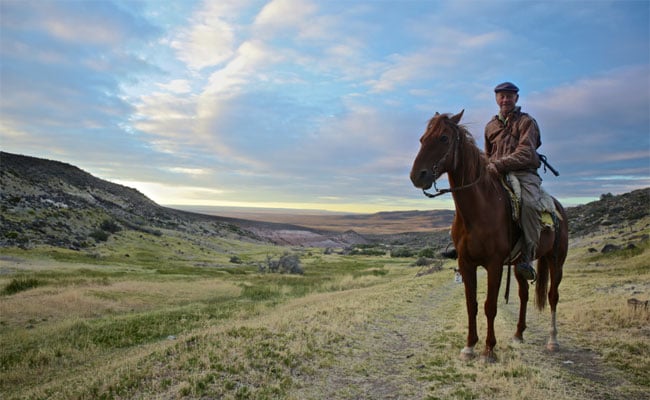 I think the key difference is that Afrikaans in South Africa has been part of a constantly evolving culture over the decades and is integral to a modern, thriving community. And while you obviously get a wide variety of opinions and attitudes within that community, the fact that the population is relatively large, and you have new generations being born who have Afrikaans as their mother tongue, means that this is going to stay a dynamic society. However, in Patagonia there are no longer people being brought up speaking Afrikaans as their first language, and so the evolution of the culture stalled there some time ago. They effectively have a dual identity – being part of both Afrikaans and Argentine communities, and it’s the Argentine part of their culture which is evolving along with the rest of the country, while their Afrikaans aspect feels closer to the early 1900s. The Afrikaans they write looks more like Dutch, their spoken language sounds more archaic, the songs they sing are all the old traditional songs. It’s like Oom Ty Dickason says while standing at the petrified forest: Afrikaans is fossilised there. Their idea of what it means to be Afrikaans comes from an earlier time. Interestingly, as the linguist Andries Coetzee points out in the film, this also means that they predate apartheid. He says that while it’s often frustratingly difficult to separate the concept of apartheid from Afrikaans culture in South Africa, the community in Patagonia doesn’t have any of that baggage associated with it. 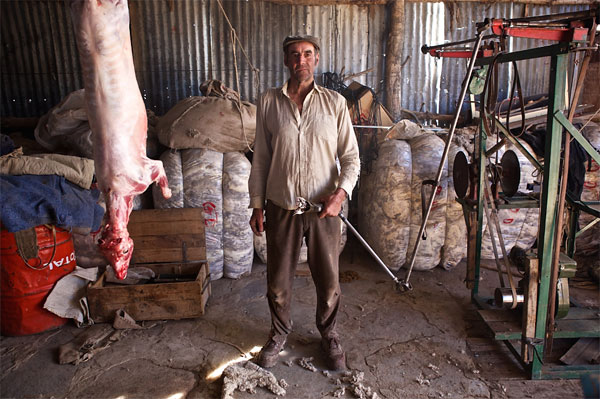 Osvaldo "Koor" Dickason with his sheep shears, and freshly-slaughtered lamb for lunch on his farm in Patagonia. (© Richard Finn Gregory – GOOD WORK) 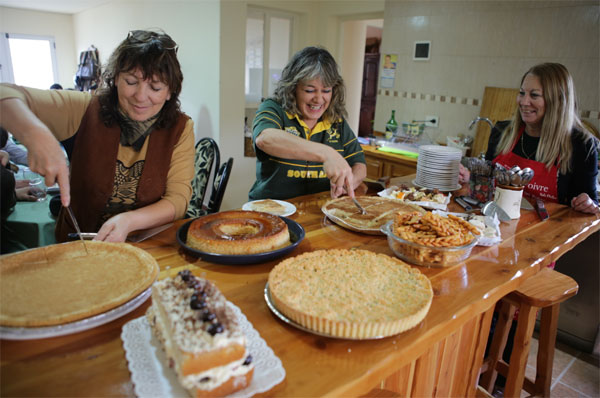 There haven’t been any official developments, to my knowledge. This might just be too far off the radar of the government for them to be willing to put any resources towards it. Tony Leon, when he was the South African Ambassador in Argentina, tried to motivate for teachers to be sent over, but he was disappointed that he didn’t have any success with this. However, as a result of our film project there have already been some groups of South Africans who have gone over to visit the community in Patagonia, so it’s really great to see that there have been some real-world effects in strengthening the ties. There have been a few people who have contacted me individually who have been interested in going over there to be Afrikaans teachers. I’ve put them in touch with the best-placed people to try to make this happen, and I’ve also discussed the idea with a number of community members in Patagonia, but unfortunately no one has yet figured out how to make this work. The children of the Afrikaners aren’t all in one area – they are spread around a few towns in Patagonia, so it’s not like there’s a single school where people would be interested in doing lessons. And then there is the question of how a teacher could make a living there, and get by in an area where nobody speaks English, and Spanish skills would be essential. So as far as I know, the efforts have so far been thwarted by practical considerations. 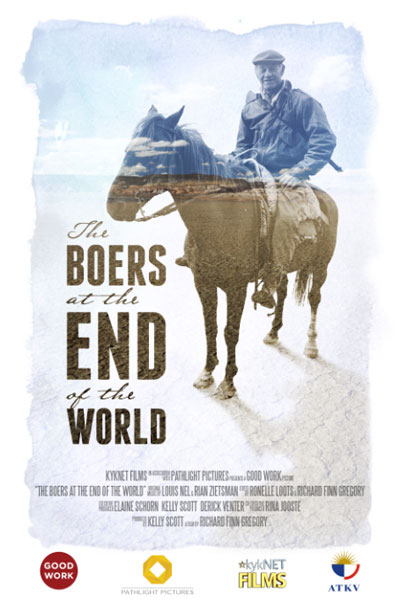 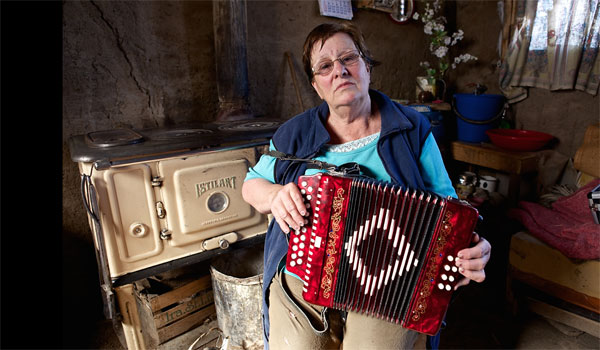 I knew that there were some people in the community who still spoke fluent Afrikaans, but I just wasn’t sure how many – and it seemed that nobody else knew either. Through speaking to a lot of people, and listening to various counts and estimates, the figure comes out to somewhere around 45 people who can still speak it. What I didn’t realise, though, was how spread out these people are. There are a number of them in the town of Comodoro Rivadavia, but the farms where most of the others are, are all spread out over a big area. It can take three hours by bakkie to get from the town to a farm, so the Afrikaans speakers in this area don’t see one another very often – and that’s part of the reason for the erosion of the language. The one thing that took me by surprise was that not many people referred to South Africa as the place their ancestors came from – they simply said “Africa”. In retrospect it makes sense, because their ancestors left before South Africa in its the modern form had been established. 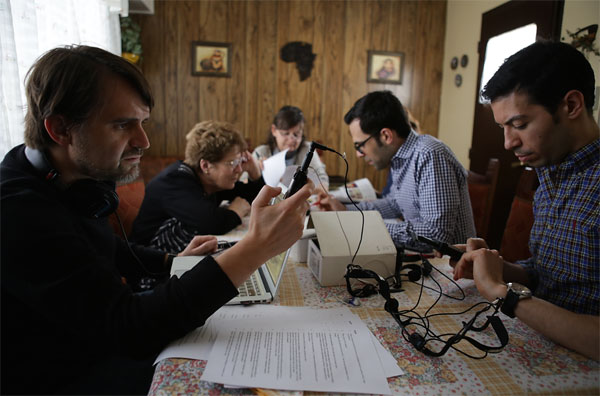 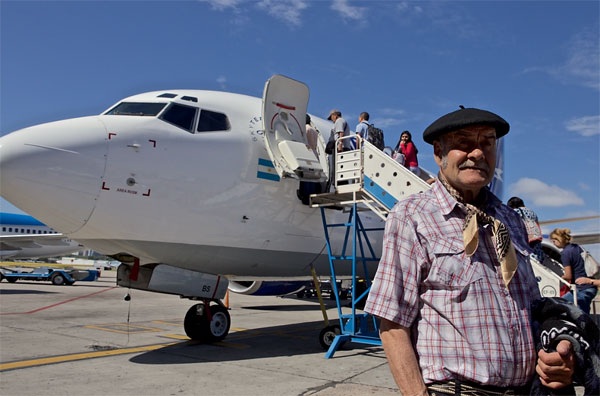 Thenis "Ty" Dickason about to board a plane for the first time. (© Richard Finn Gregory – GOOD WORK)

No, it’s not a very common sentiment among the whole community there, especially not among the younger generations. Many feel that they are now more Argentine, and Afrikaans is simply a part of their heritage. But in Ty Dickason’s family, and among his older Afrikaans-speaking cousins, this was strongly expressed to me – that they feel more Afrikaans than Argentine. And that’s why we made this family the focus of the film: they still feel an incredibly strong connection to their Afrikaans roots, despite time and distance. As for returning to South Africa: what makes it a complex matter is that the younger generations speak only Spanish, no Afrikaans, and not even English. So it would be very difficult for them to try to integrate with South African society, and the older folks don’t just want to leave their children and grandchildren behind in Argentina. So yes, while there are some of them who feel that South Africa is their spiritual homeland, the practical considerations make the idea of returning here a very complex one. 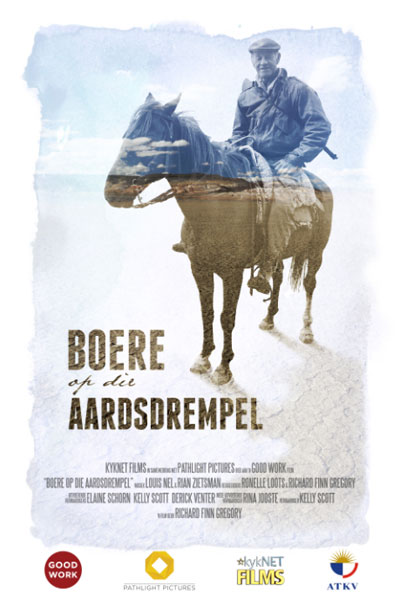