The first ever LitNet Youth Indaba, “Inspirational stories of success”, took place at the third consecutive Karoo Writers Festival in the cold but sunny Karoo dorp, Cradock, last weekend. Learners from the Cradock school community gathered to listen to the stories of acclaimed writer EKM Dido (who holds an honorary doctorate for her contribution to the literary world) and two acclaimed scholars, Russell Kaschula (head of the School of Languages, Rhodes University) and Peter Mtuze (former head of African Languages, Rhodes University). Mtuze has authored and co-authored more than 30 books and translated Nelson Mandela’s Long Walk to Freedom into isiXhosa.

See the following links for biographies of EKM Dido and Russell Kaschula. 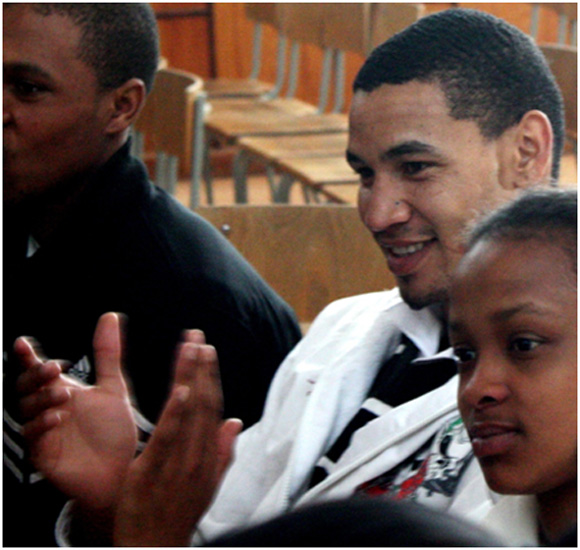 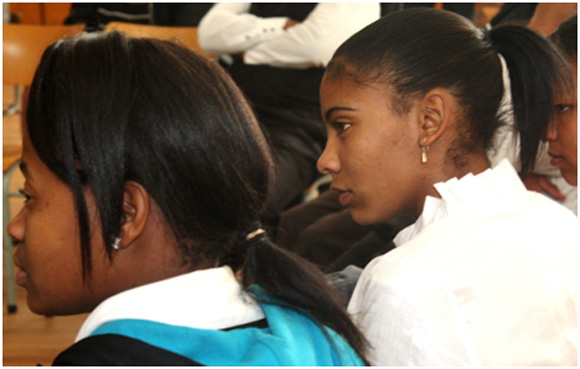 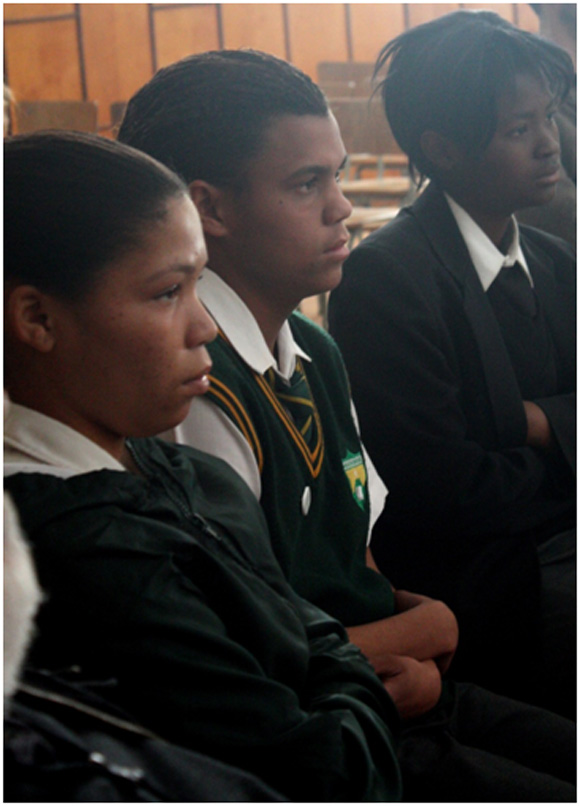 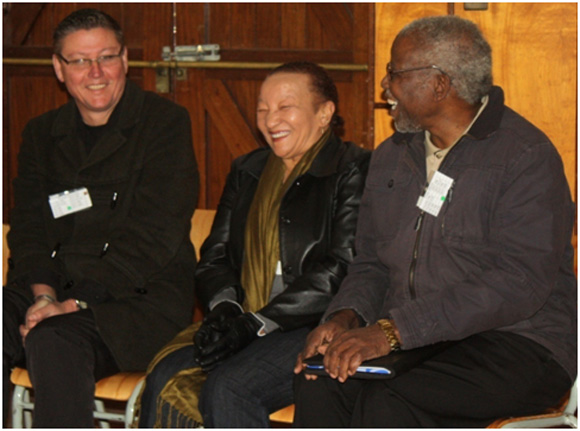 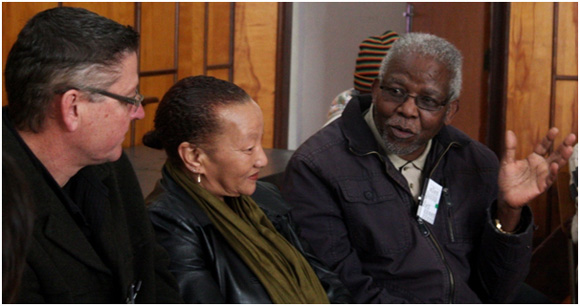 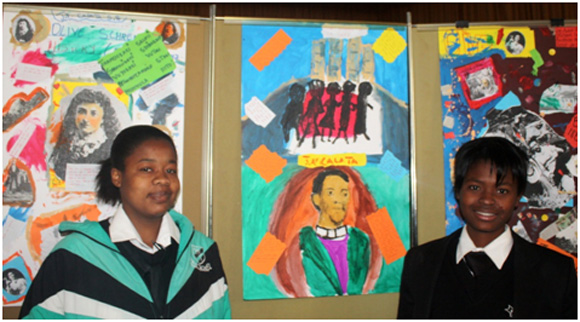 Sibongiseni Seybokwe (left) and Zandile Stale (right) on either side of their representation of the heritage of Cradock. They are remembering Pastor James Arthur Calata, the grandfather of murdered activist Fort Calata, one of the Cradock Four. These two learners remarked on the Cradock Four: “They fought for us.” On the poster the monument commemorating the Cradock Four can be seen (four stone columns).

See the following link for the photo gallery of the Cradock Four Heritage Route as part of the 2011 Karoo Writers Festival. 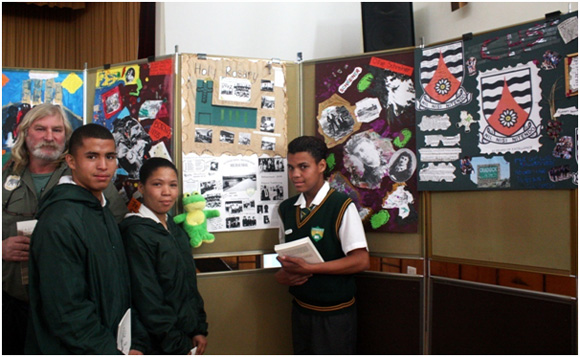 Left to right: Basil Mills with Nathan Flynn, Lorenda Pieters and Jerome Peters standing on either side of their representation of the heritage of Cradock. The poster depicts the role of the Holy Rosary Convent. 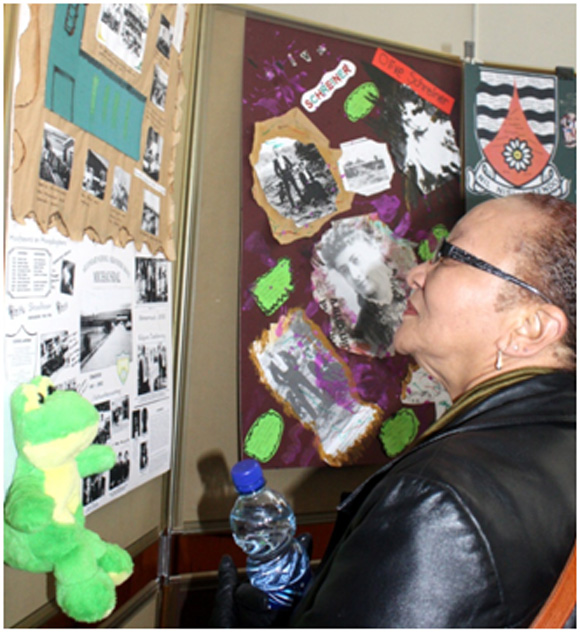 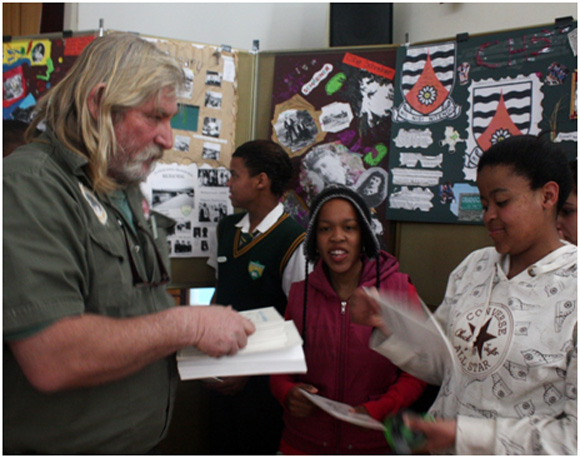 Basil Mills handing over Olive Schreiner – an introduction by Tina Barsby (part of NELM Introductions Series, 1995), which was a gift to all the learners attending. 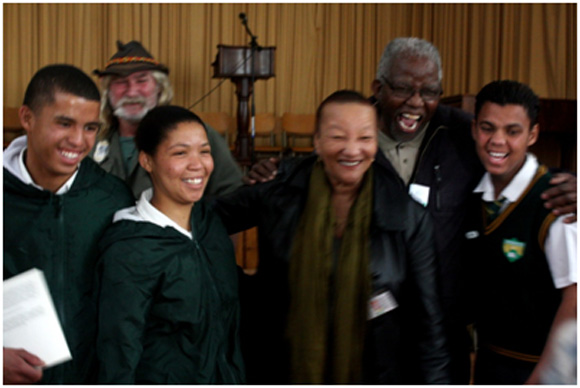 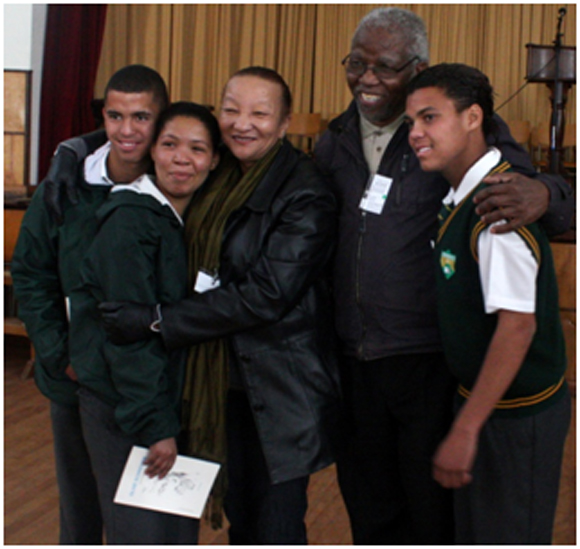 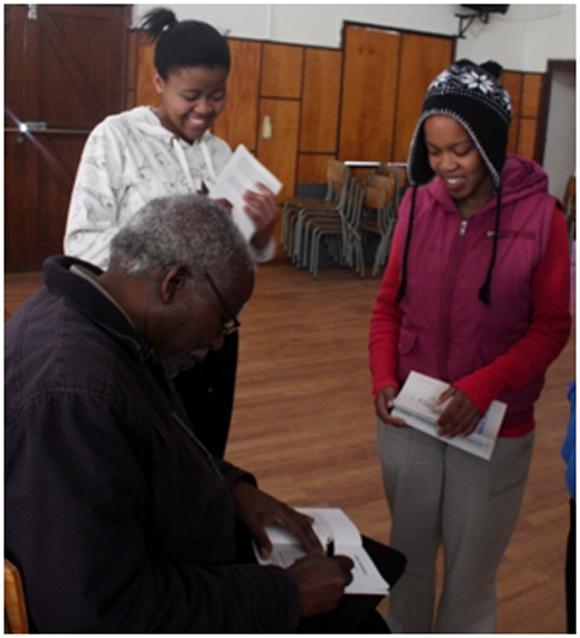 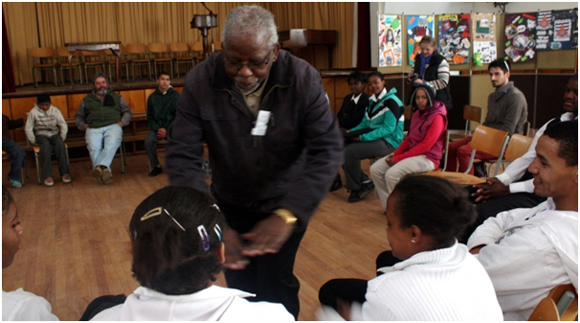 Peter Mtuze: “The future is in your own head. I give you the future.”